Yesterday I talked about different ways to cut the pieces for a Double Wedding Ring quilt. I also included a chart for the measurements and number of different pieces required to make this quilt in 7 sizes! Today I’m starting to sew the blocks using the Dreamweaver XE from Brother. 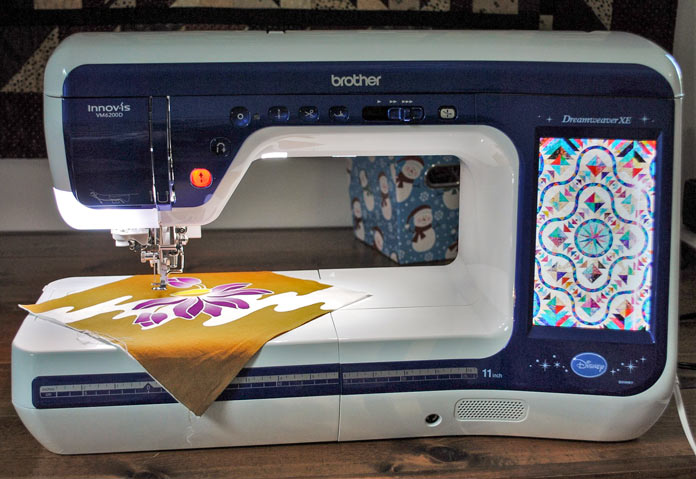 Before I start piecing, I’ll select Stitch Q-02 on the LCD screen of the Dreamweaver XE. 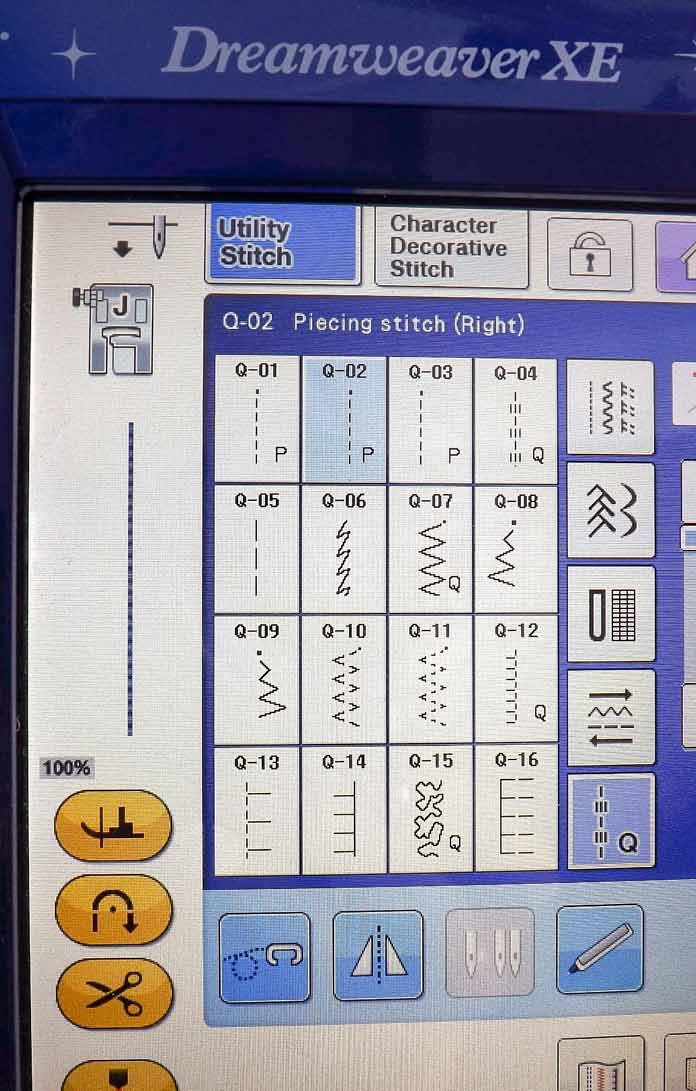 Whenever you select a stitch on the Dreamweaver XE, it will indicate on the screen which presser foot should be used. I’ll attach the “J” foot as indicated on the screen. 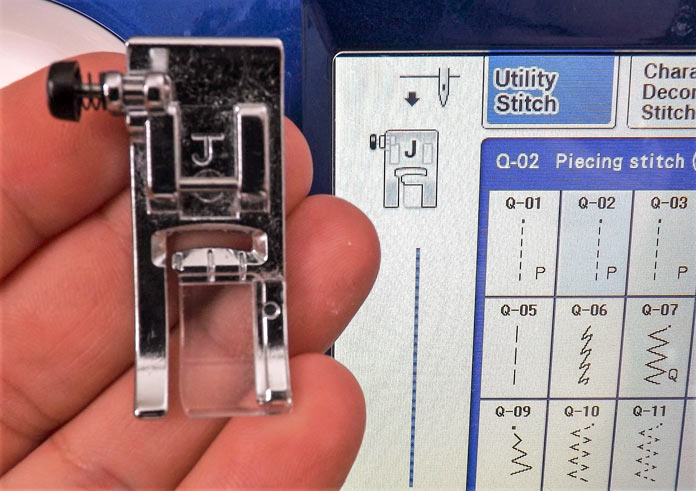 I’m making my bed runner using a bundle of coordinating fat quarters. My background fabrics are the light tan fat quarters in the bundle and the dark/medium fabrics will be used to cut all of the other pieces. I’ve cut all of my pieces with a die cutter which is quick and accurate.

Once you’ve selected your pieces, lay them out like shown below, so that the narrow end of each shape is at the bottom. This will help you to sew them together correctly.

I used the Dreamweaver XE to sew together this first pieced arc shape for my Double Wedding Ring quilt. As you can see, the bottom edge is a smooth curve. If your arc doesn’t look like this, you may have sewn one or more of the wedge shapes upside down.

For each inside arc in the quilt block, there needs to be two pieced arc sections. Following the measurement char,t I shared yesterday, repeat this process to make enough pieced arcs to match up with the number of inside arc pieces for your size of quilt. 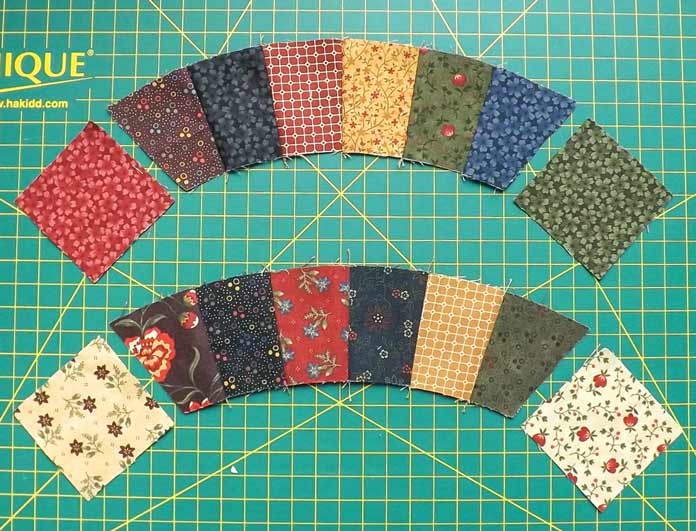 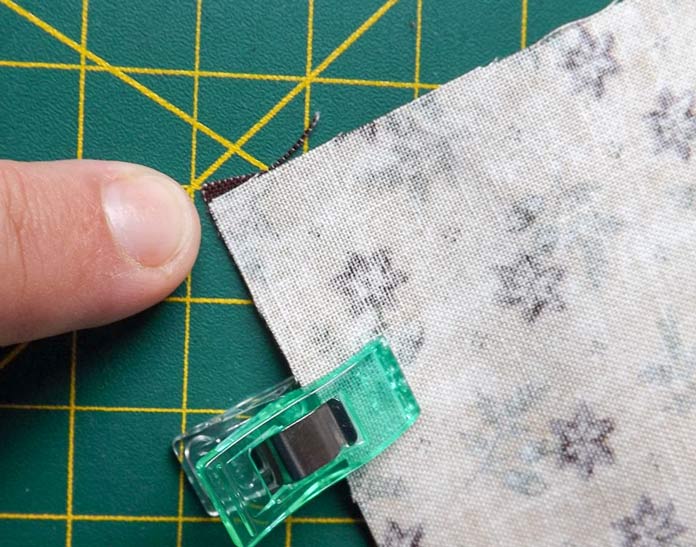 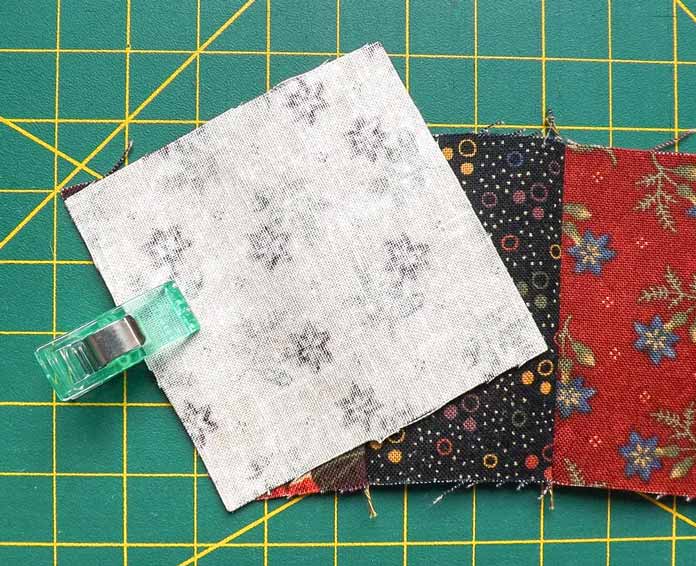 The square overhangs at bottom

Chain piecing on the Dreamweaver XE works very well for sewing the pieced arcs and adding the squares to each end. I chain piece whenever I can because it saves thread AND time!! 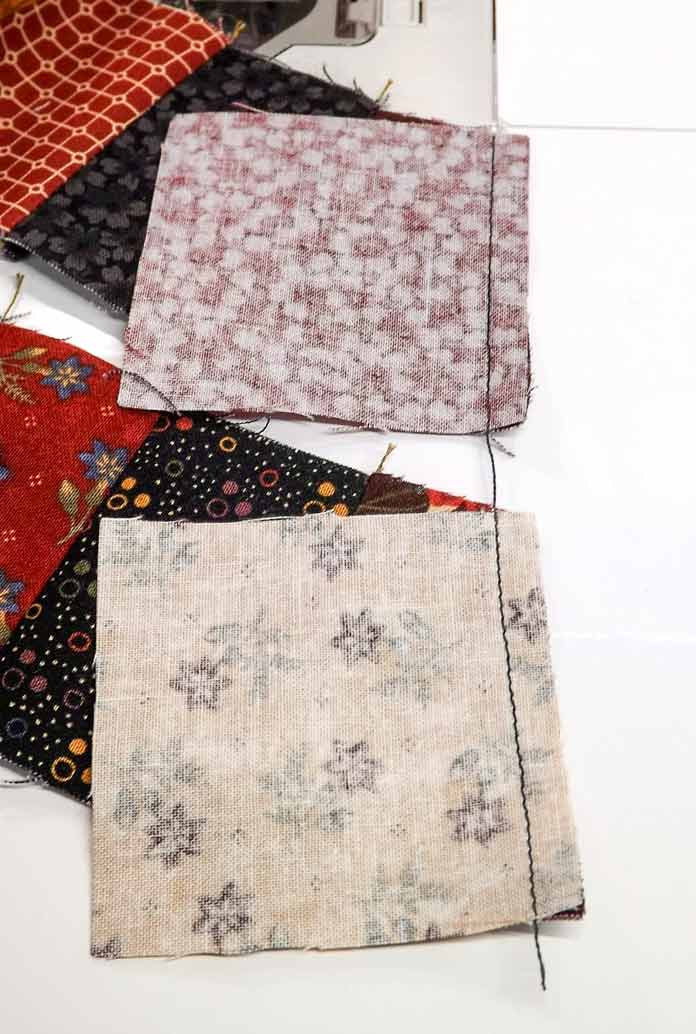 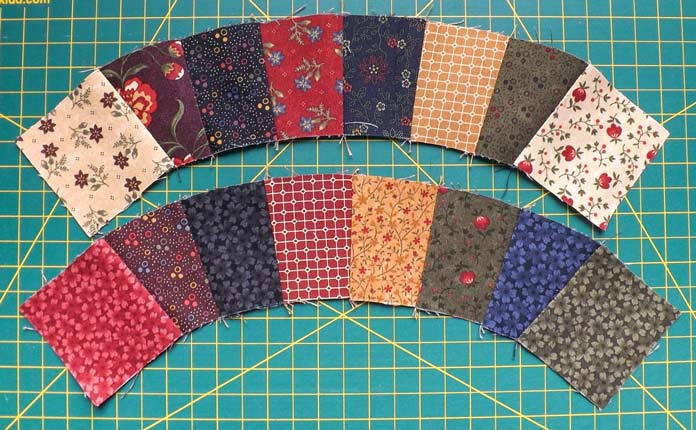 This is part 3 of 5 in this series.
Go back to part 2: 5 ways to cut pieces for a double wedding ring quilt

Go to part 4: Curved piecing made easy with the Dreamweaver XE

5 ways to cut pieces for a double wedding ring quilt

Quilting made easy with the dual feed...

Taking the fear out of piecing Double...