Yesterday on QUILTsocial we talked about the correct way to load a spool of thread onto the horizontal spool pins on THE Dream Machine 2 from Brother. This machine also comes with a removable spool stand, so today we’re going to go over the right way to use different types on thread on a thread stand. 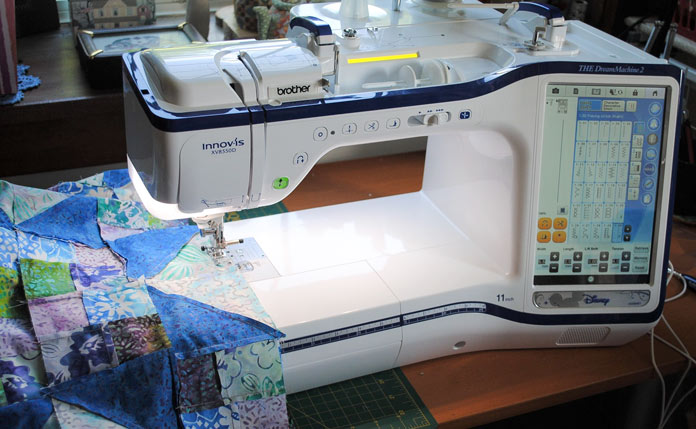 THE Dream Machine 2 from Brother 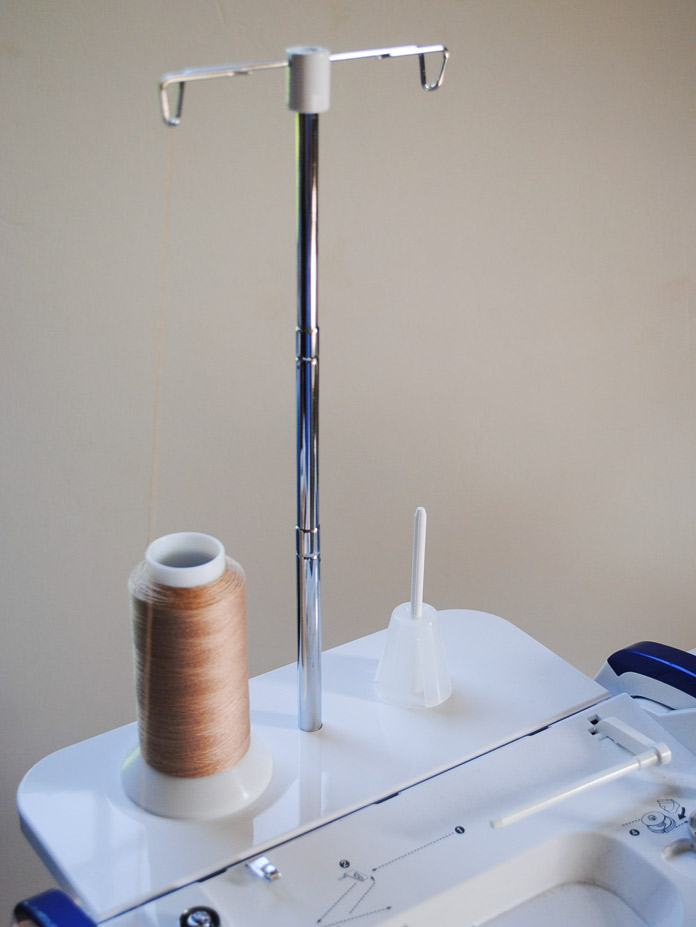 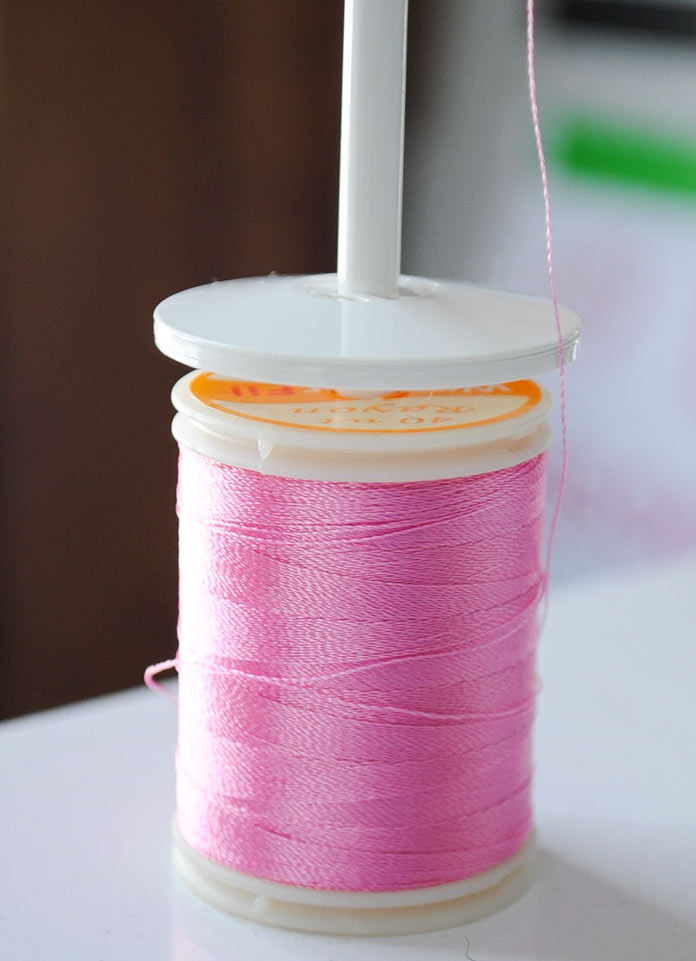 A small spool on the thread stand

When a thin spool is used on the thread stand a spool felt is first placed on the pin so that the center of the spool is aligned with the hole in the felt. 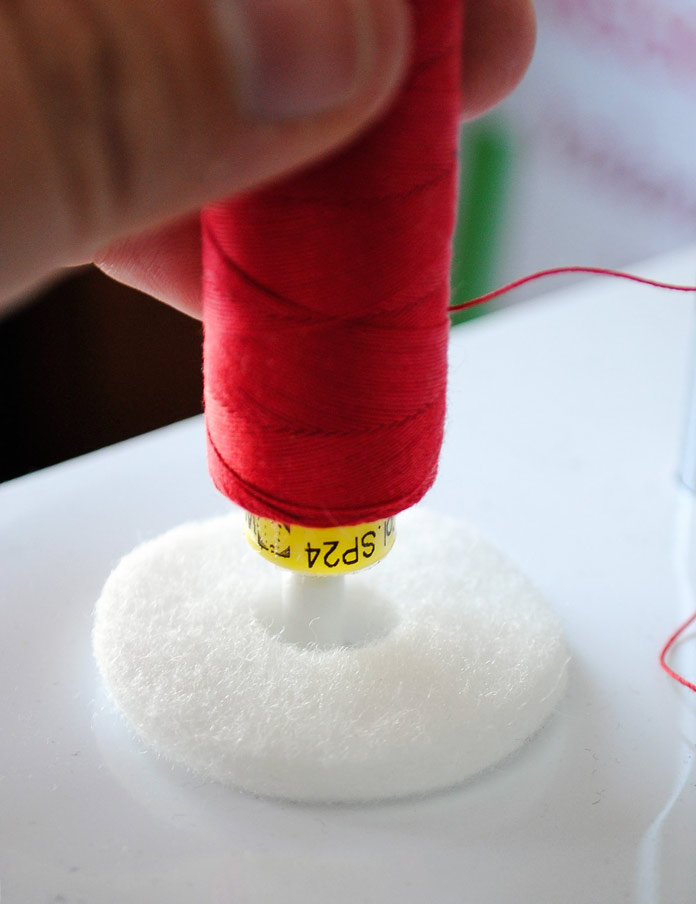 A thin spool with a spool felt

A spool cap that’s slightly larger than the width of the thread on the spool is then placed on top. 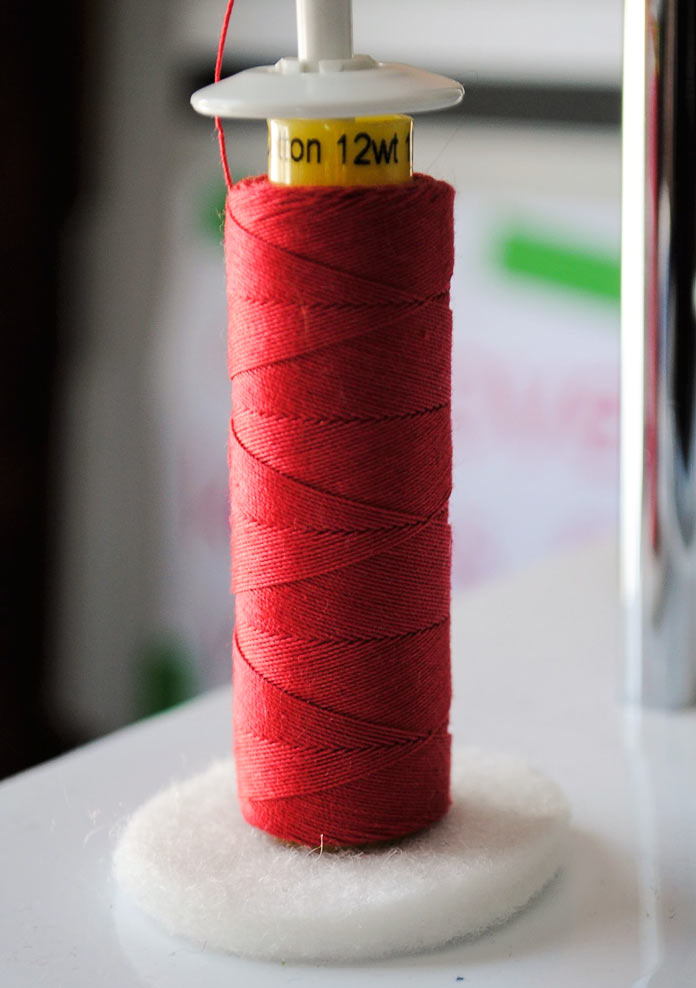 When a cone spool is used on the thread stand a spool holder is put on the pin first to secure the bottom of the spool. 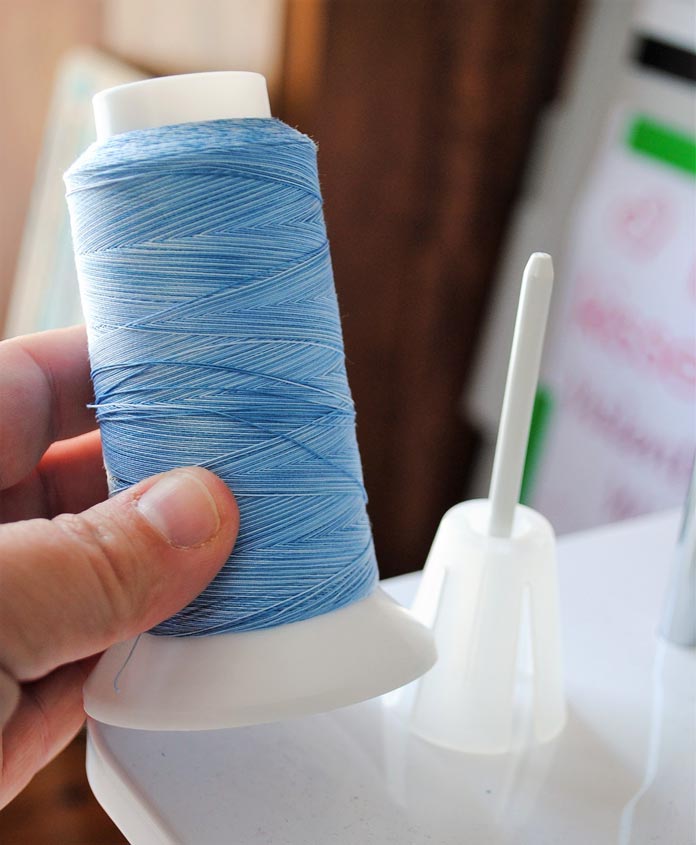 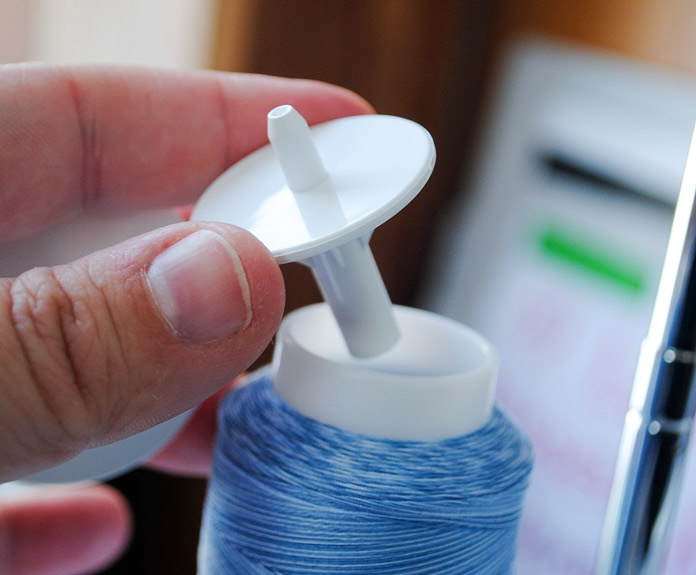 A spool cap base

A spool cap which is slightly larger than the width of the thread on the cone spool is then placed on top of the spool cap base. 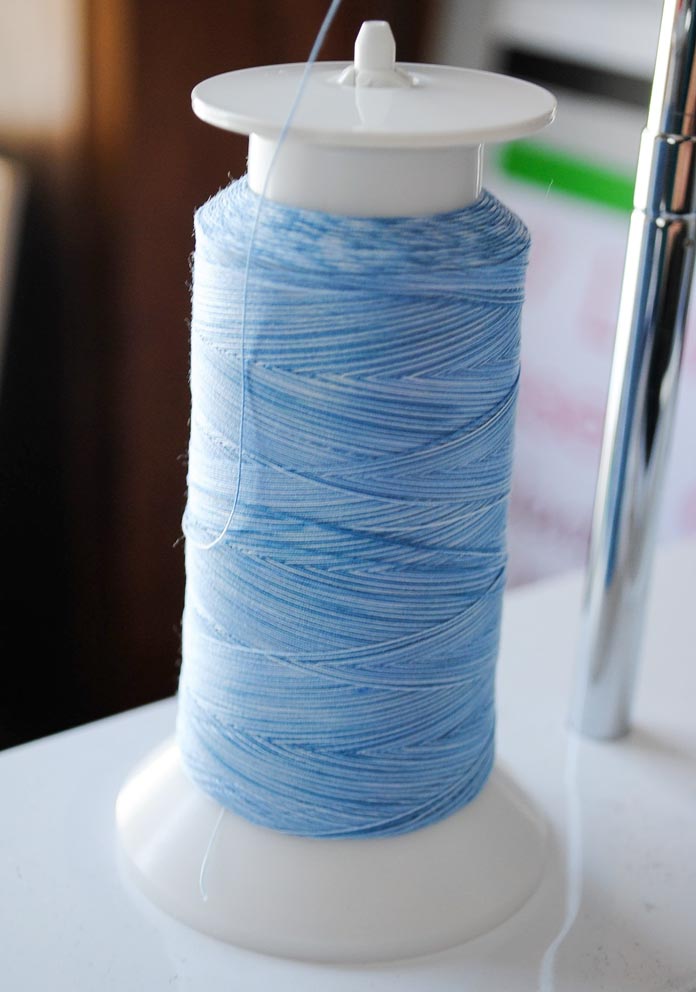 Cones of thread are wound so that if they’re placed right side up, the thread will unwind correctly as shown above. When using small spools, always make sure that the spool of thread is placed on the pin so the thread unwinds as shown in the picture below. 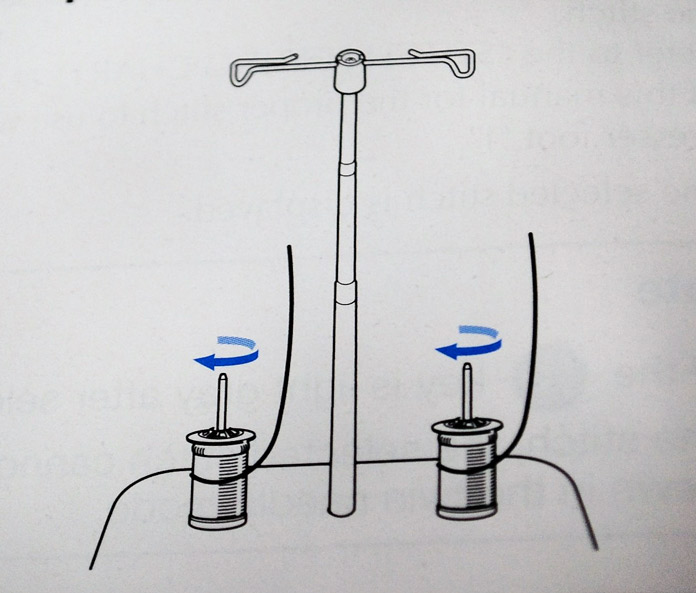 I hope that you’ve found this information to be helpful for your sewing machine! See you tomorrow when we’ll import an image to make our own Valentine’s embroidery.

This is part 3 of 5 in this series.
Go back to part 2: 6 tips for successful upper threading of THE Dream Machine 2

Go to part 4: How to import a digital image to create a custom embroidery design

6 tips for successful upper threading of THE Dream Machine 2

How to make crazy quilted setting triangles for...

Prepping and cutting fusible appliques with the ScanNCut2

What to know about stabilizers and threads...

1 way to minimize thread changes during...

Machine applique 101 on THE Dream Machine...