Triangles and triads in quilting

It has been so much fun talking about color and contrast. It all started last month and is continuing this week. And possibly into October. Color is one of my passions and creating contrast within my quilts is another passion. I have trunk shows talking about both. How do we use triangles and triads in quilting and what do they have in common? And what does it have to do with color and contrast?

Keep reading to find out.

What is a Triad?

A triad means three. Associated with the color wheel the triadic color scheme is made up of three different colors. These colors are spaced evenly around the color wheel.

If lines were to be drawn between the three colors on the color wheel an equilateral triangle shape would appear.

Now that we know what triangles and triads have in common let’s delve into the triadic color scheme just a little bit further.

On the center of the color wheel is an equilateral triangle to depict the triad scheme with each point of the triangle pointing to the color that makes up that triadic color scheme. 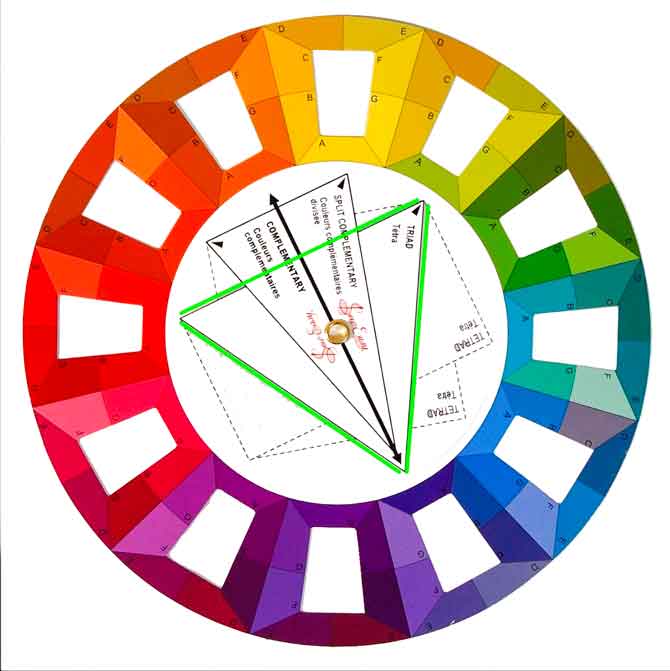 This color scheme can make for a very powerful and eye-catching quilt. The key is to use different values of each color to create contrast as well as to keep it all balanced by having one of the colors take the lead role and the others supporting it. 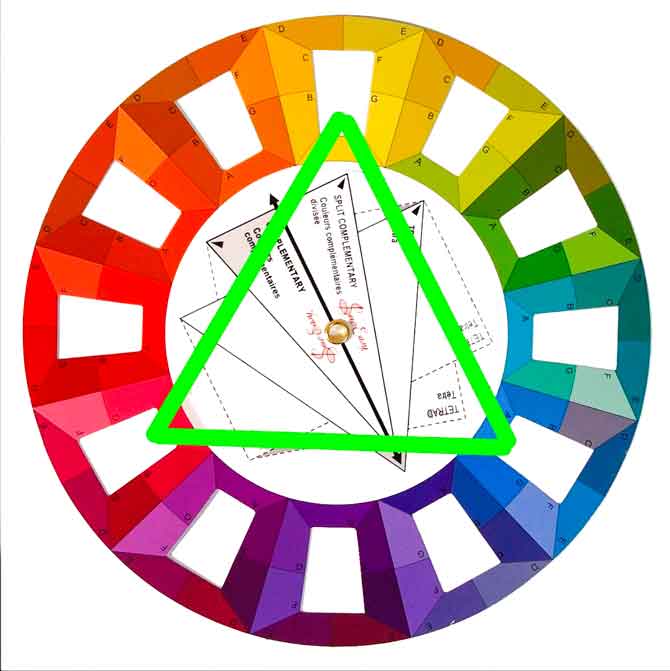 How many different triadic schemes are there on the color wheel?

All together the color wheel has 4 different triadic color schemes. Along with the primary colors, the secondary colors complete a scheme and the tertiary colors make up the other two schemes.

What is the most well-known triad of colors? 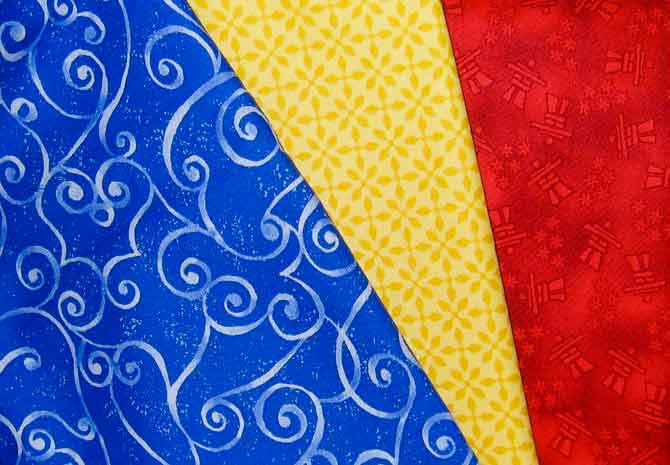 The other three triadic schemes are not quite as well known unless you have studied color. 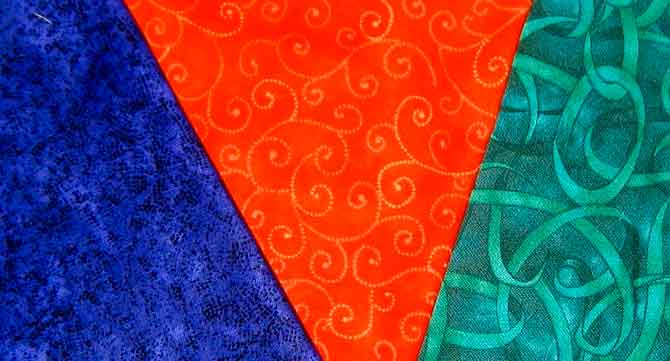 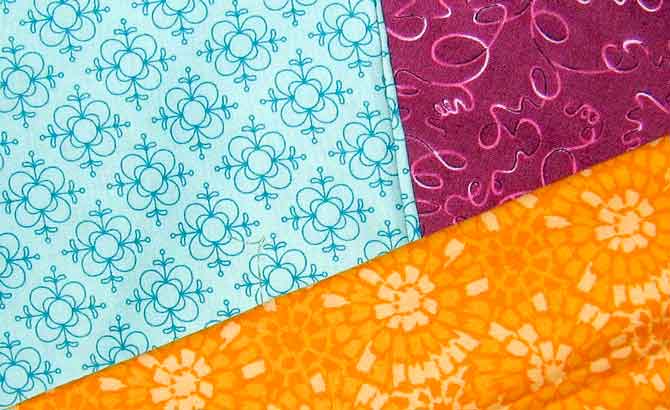 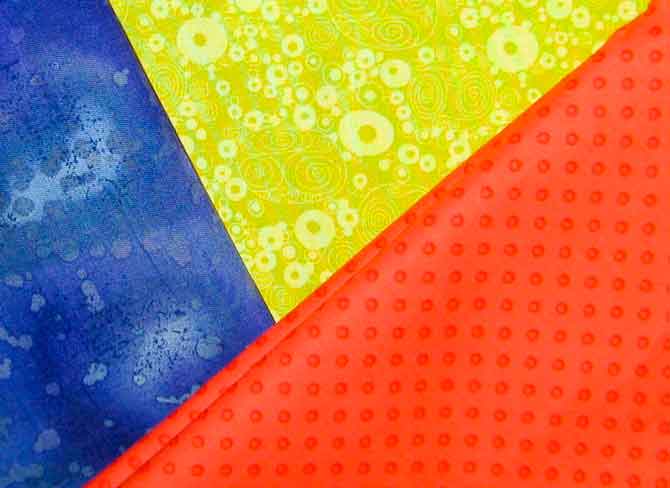 Have you made quilts with a triadic color scheme?

I’ve actually only made a couple.

One with the secondary colors which uses 6 values of each color in the twisted log cabin center with great visual effect. 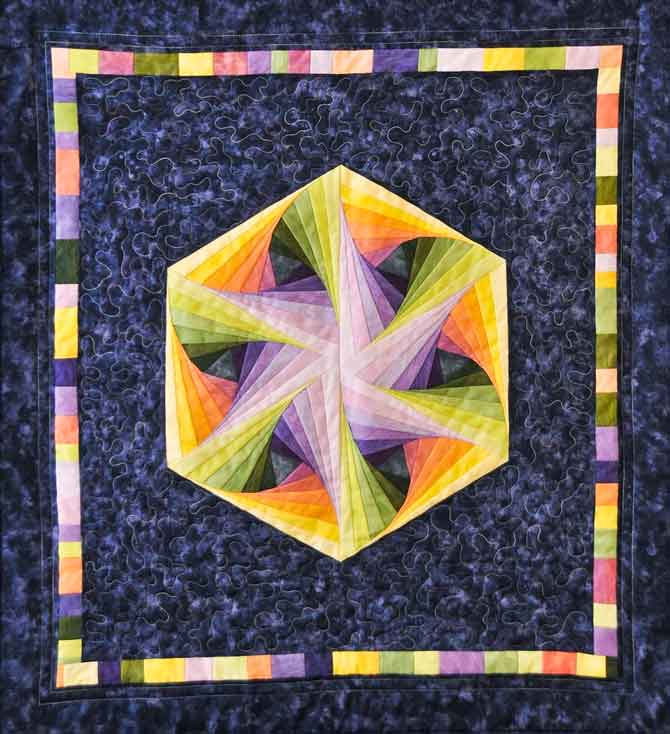 And the other with a tertiary color combo. I chose this combo because it was different and not one that most people would put together. It uses 4 fabrics each with a varying value. The turquoise has both a medium and light value. The lines appear to be floating on the turquoise background making for interesting dimension within the design. 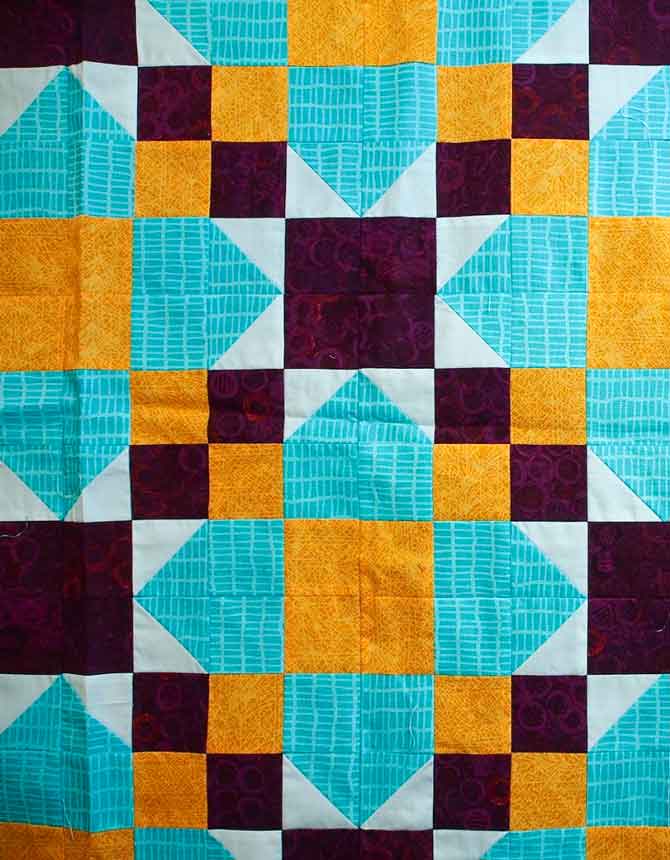 I’ve never made one with the primary colors which is the most common triadic scheme – maybe it’s time that I should. I gathered up some supplies for my next project from one of my LQS. 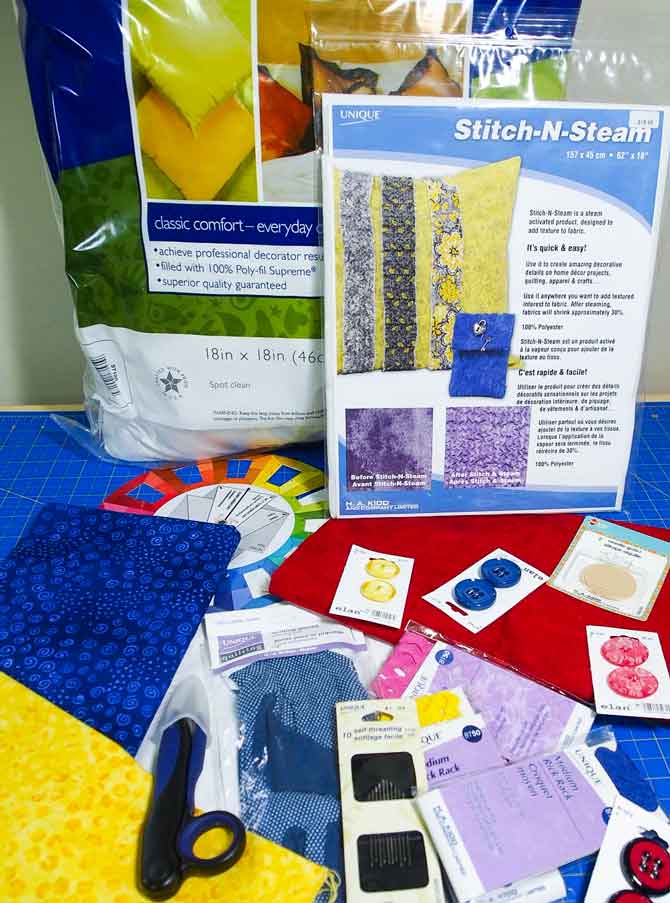 Array of supplies from my LQS for the next project

Join me tomorrow as I create another pillow cover using triangles and the primary triadic color scheme. Triangles and triads in quilting – find out tomorrow how I plan to use both. Happy Quilting!

2 more tips you should know for perfect couching

Inserting an inner lining for a quilted craft...

Heirloom, OLFA, and Omnigrid: The right brands for...

Perfect cutting mats: Which ones work best for...

Secrets for a perfect stitch when hand quilting...

Finding the perfect blade for your rotary cutter

Growing up in a rural community, I remember seeing beautiful quilts from the time I was a small child.
I’ve always been fascinated with the intricacies and beauty . This quilt brings back childhood memories.

Yes! Quilts are one of those things that spell out ‘cozy’.

Interesting article- I am looking forward to machine quilting my own colorful quilt! Thank you for the information! I do like your twisted log cabin.

I’ve never used a colour wheel, but I now know that I’d benefit greatly from it!
Your Twisted Log Cabin Quilt is gorgeous!

Thank you. I didn’t use a colour wheel up until a few years ago and it really is a wonderful and very helpful tool.

I never thought I would use a color wheel but I am getting one after reading this article. Very informative. Thanks for sharing.

Batting, rotary cutters and the math for...