Yesterday on QUILTsocial I shared with you tips on how to overcome the fear of cutting up a fabric panel. Tomorrow I’ll cut up my Artisan Spirit City Scene fabric panel, but first, let me show you my two favorite tips for sewing with directional fabric.

Making the panel into a lap quilt

I’d like to make my panel into a lap quilt to send to my son who’s just left for university for the first time, so I’m going to add some rows of pieced blocks to the top and bottom of the quilt.

I want to sew my pieced rows together first before I trim the panel, so that I can adjust the size of the panel to match the finished size of the rows. 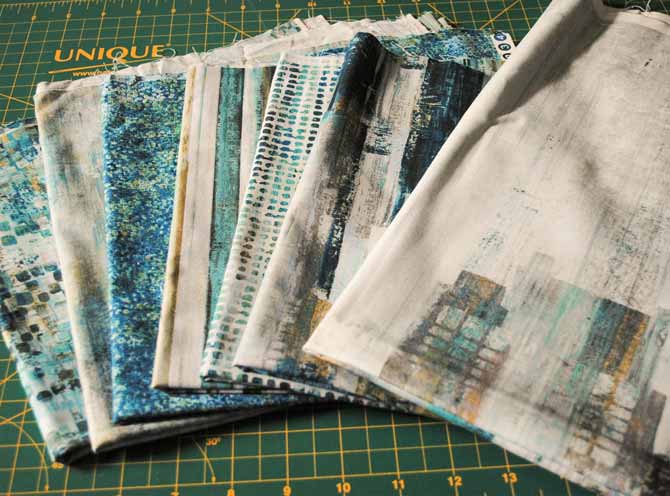 I’m using the two different directional fabrics and two of the other fabrics to make square-on-point pieced blocks. The first block will have the lightest fabric as the center and the striped fabric on the corners. 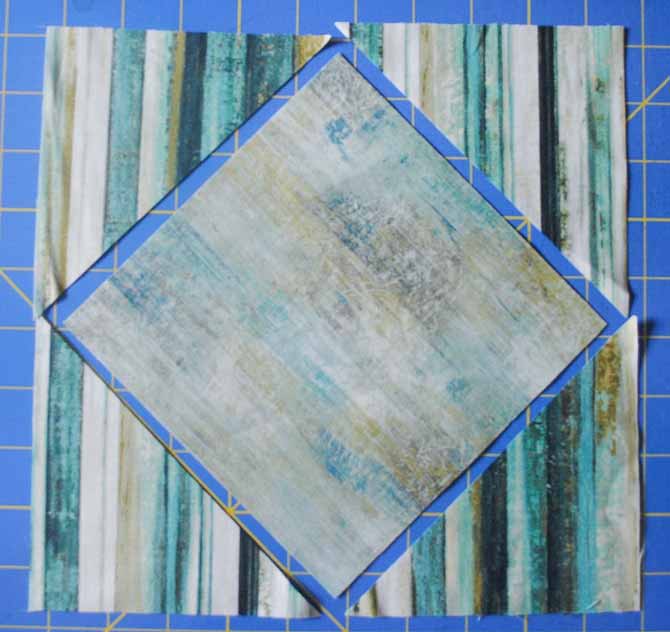 Here are the materials for the lap quilt:

From each fabric cut FIVE of these squares diagonally one way and FIVE diagonally the other way. This will make it possible to sew the block with the lines in the fabric pointing in the same direction. 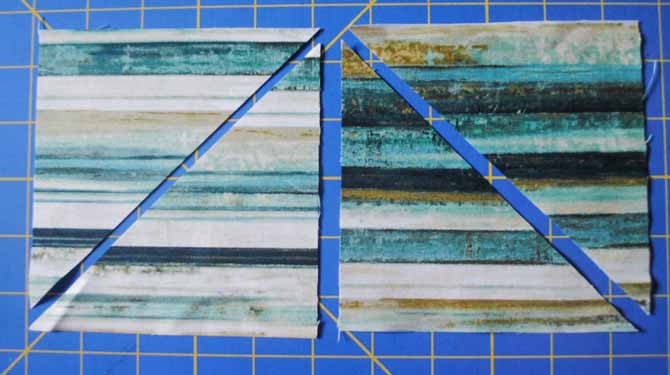 Cutting on the diagonal

Sew one fabric #21876-64 triangle to one side of a fabric #21879-63 square lining it up so that an equal amount of the triangle is hanging over on either side of the square. 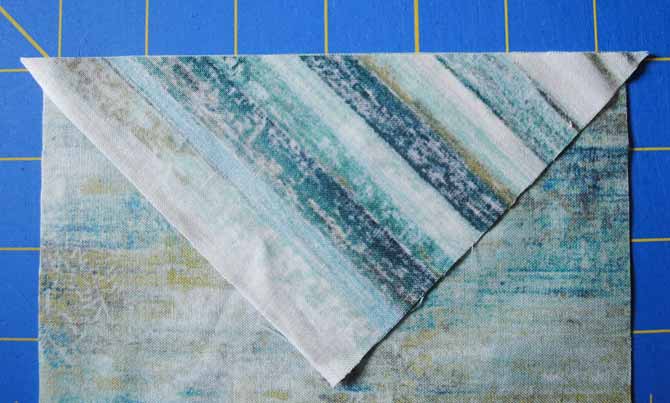 Lining up the triangle

If you’re using a ¼” foot with a guide to sew  your blocks together, you’ll need to trim off the dog ears after pressing. 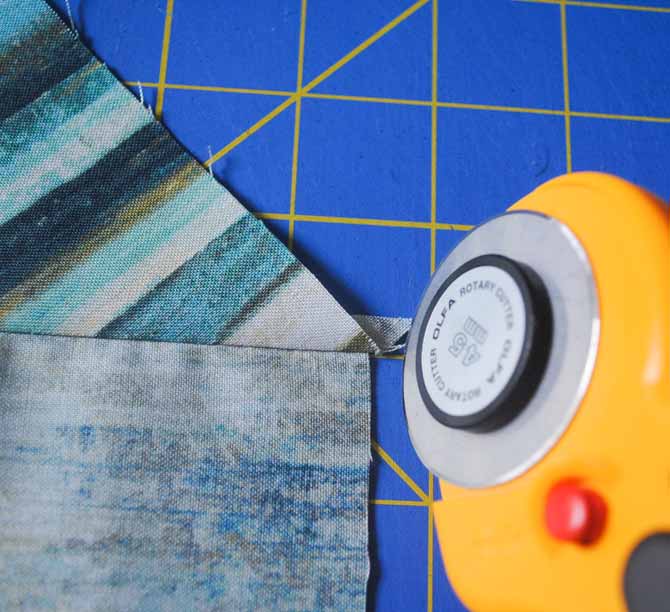 Trim off the dog ears

Sew a second triangle to the opposite side of the square, but first PREVIEW the alignment of the fabric before you sew. As you can see, this triangle has the fabric lines running in the correct direction. 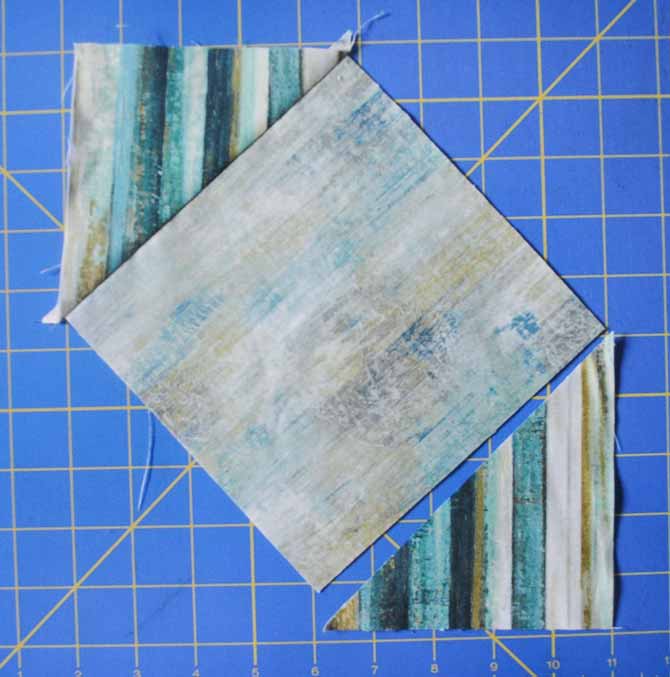 Previewing the triangle before sewing

Press the seams towards the two triangles and then sew triangles to the remaining two sides of the square. Repeat these steps to make a total of five Block 1 that look like the following: 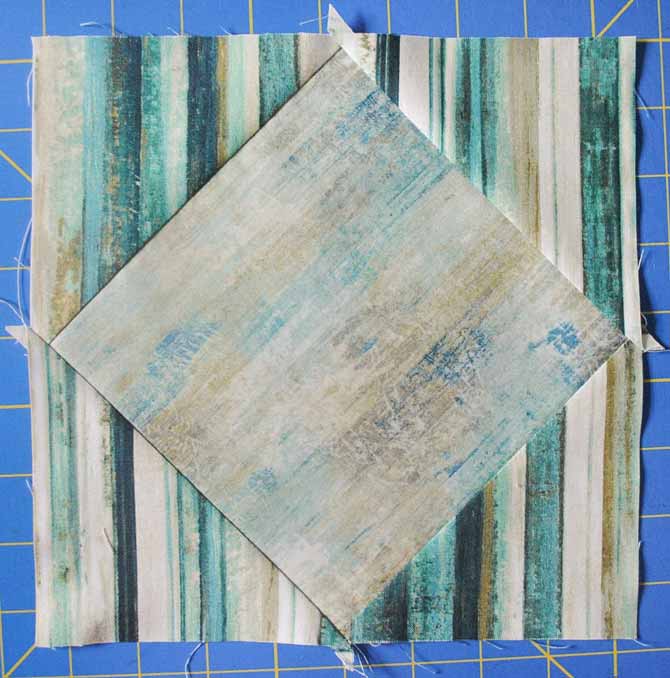 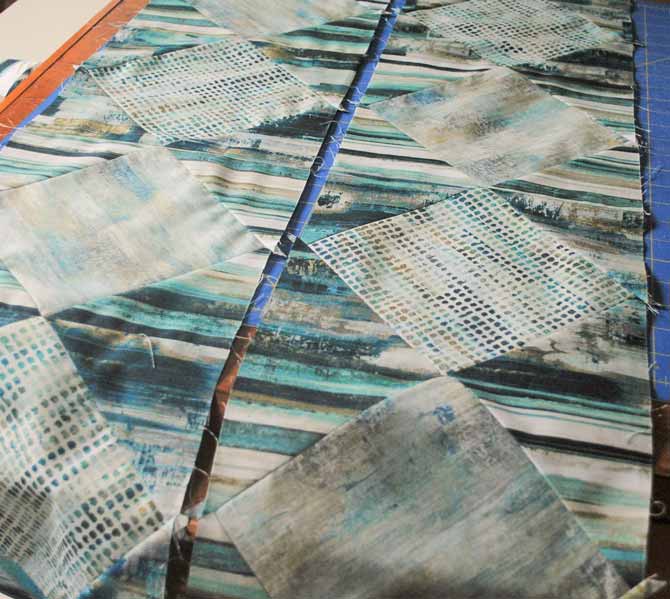 The finished blocks sewn into rows

Now that my rows are sewn together and pressed, I’m ready to work on my panel. Join me tomorrow to see how everything is sewn together into a lap quilt.

This is part 4 of 5 in this series.
Go back to part 3: Overcoming the fear of cutting quilt panels

The impact of dots and fabric strips...