Stepping outside the box

Nellie and I must REALLY like flying geese, because when I look back at our patterns, I find quite a few that have this block included. When we explain how to make the flying geese units in our quilt patterns, we always use the “sew and flip” method because it’s accurate and easy to explain. But lately I’ve seen people making flying geese units using other methods, so for my lap quilt project I think I’m going to step out of the box and experiment with 3 ways to make flying geese blocks. 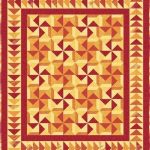 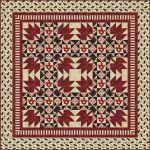 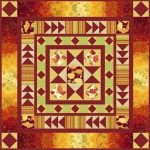 The “Sew and Flip” method

For this method, you cut one rectangle of fabric and two squares of another fabric. Decide what finished size you want your flying geese blocks to be. They’re traditionally twice as long as they’re high. You cut the rectangle the length you want the finished geese unit to be plus ½ʺ, and you make it the height you want it to be (finished) plus ½ʺ. The two squares are cut so they measure half the desired length plus ½ʺ.

Place a small square atop the left corner of the rectangle, right sides together. On the back of the small square, draw a diagonal line. Sew on this diagonal line. Trim off the excess seam allowance, and press the remainder towards the outer triangle. Repeat with another square on the opposite end. 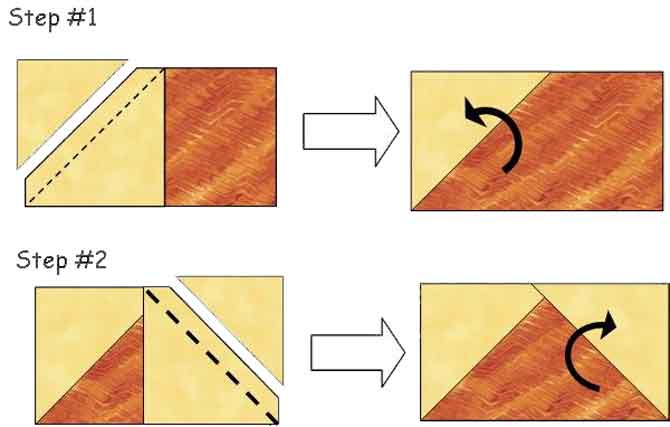 The first time that I used this method for making flying geese I couldn’t believe that I was just supposed to throw out the little triangles that were trimmed off of the unit before flipping. So, from then on I would draw a second line ½” away from the diagonal one and sew along that line too so that I could cut between those lines and would get two half-square triangle blocks for every flying geese block that I made. These little squares are great for making pinwheel blocks!! 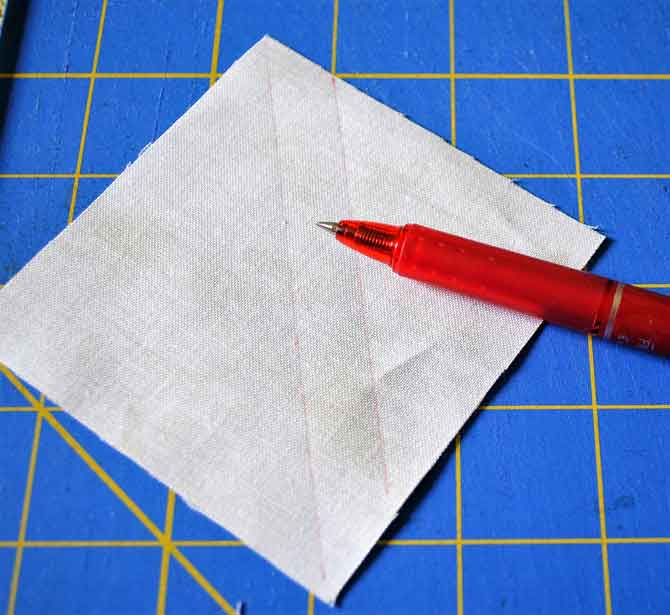 Marking the back of the squares for making flying geese blocks 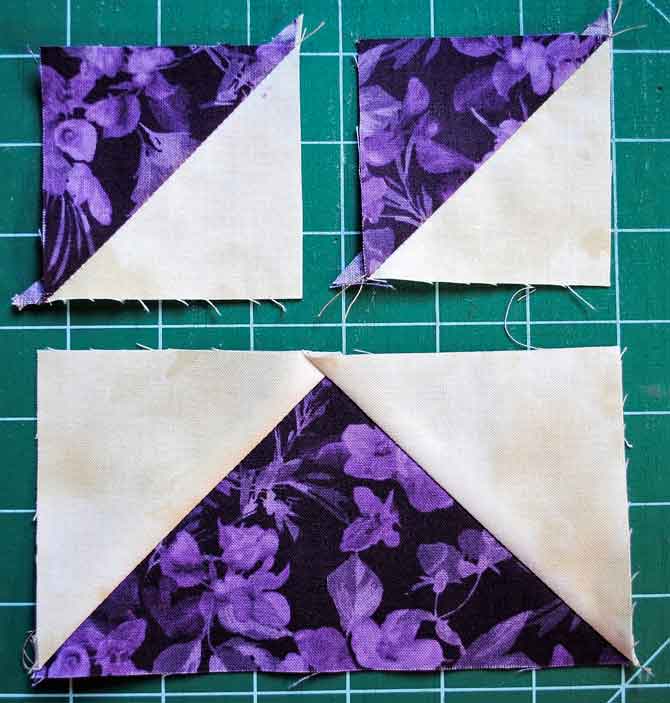 One flying geese block and two half square triangle blocks

For my “Mountain View” quilt I need a total of 24 flying geese blocks. I’m using the cream fabric for the small triangles and six rectangles from each of the following fabrics for the large triangles. 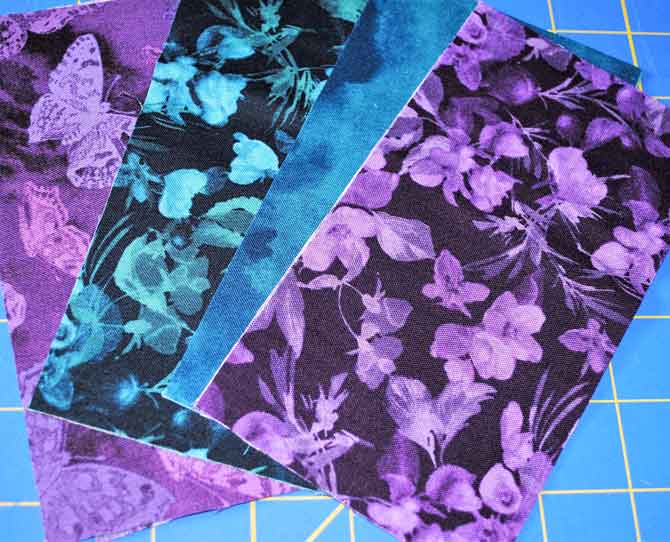 For this “Sew and Flip method” drawing the lines on the fabric is tedious but the blocks end up being very accurate. However, unless you take the time to draw and sew that second line on the back of the smaller blocks there can be a lot of wasted fabric. Another benefit is that you can cut your squares and rectangles from scraps of fabric.

This method has always worked well for me, but, I wanted to try out a couple of the other ways of making these blocks so I went online and found a couple tutorials:

To make my lap quilt, I want some large flying geese units that are 4” x 8” finished size. Using the chart on the Martingale website for the traditional method I determined that I need to cut a large 9¼” x 9¼” square and then cut it diagonally twice. I then need 4 smaller squares  4⅞ʺ x 4⅞ʺ that are cut in half once diagonally. 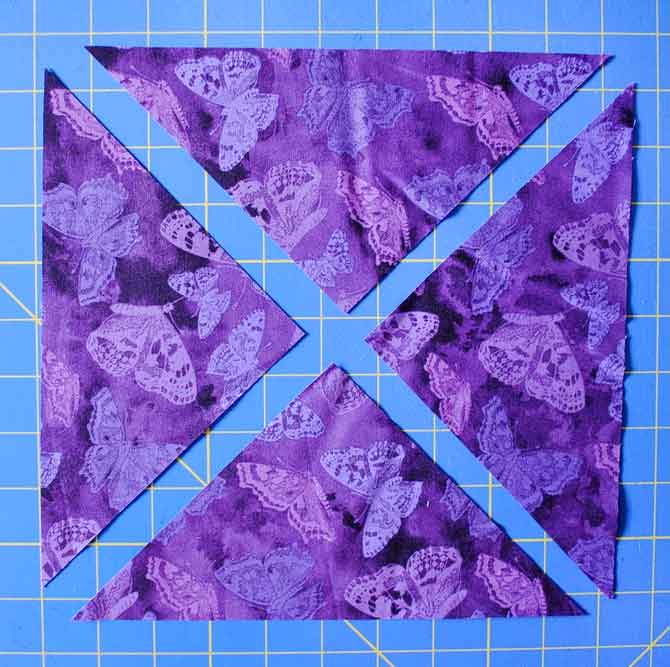 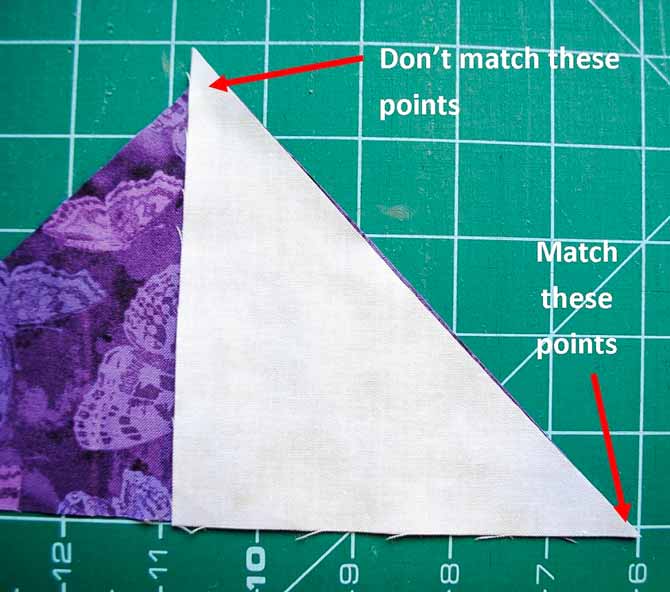 Lining up the triangles for the flying geese

This will ensure that the ¼” seam allowance at the top of the block is accurate. Sew one side triangle on first, press, then line up and sew the second small side triangle and press.

With this method, there is no waste, but if you were making smaller flying geese units, lining up the points might be a bit tedious. Also, you have to start with a large square of fabric, so you can’t use up scraps the same way that you can with method #1. 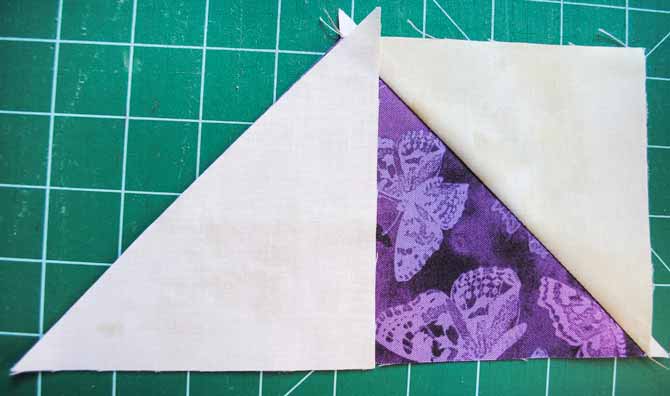 Lining up and sewing on the second small triangle

Four at a time method

For this method, you need to cut the same number and size of squares as the traditional method, so I started out by cutting a large 9¼” x 9¼” square and four smaller squares  4⅞ʺ x 4⅞ʺ. You don’t cut any of these diagonally to begin with. Instead, you draw a diagonal line on the back of each of the smaller squares. You place two of these small squares on top of the larger square, with right sides together: 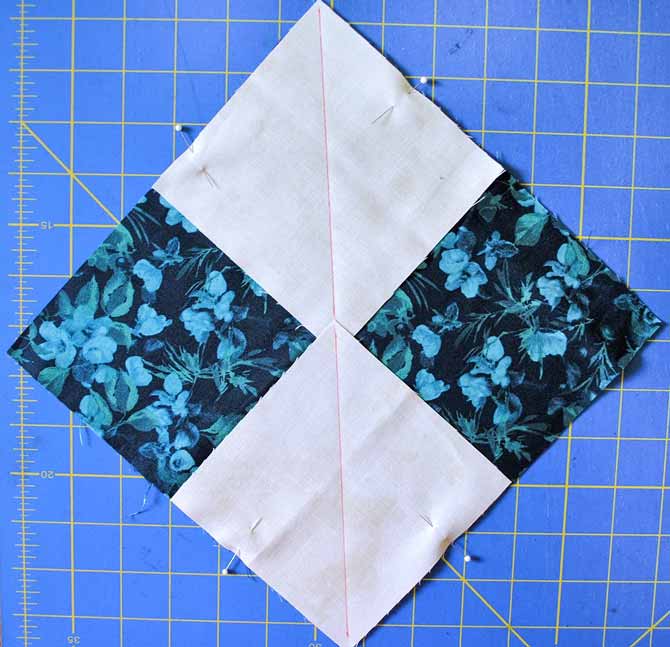 Lining up the two smaller squares

Then you sew ¼” away from both sides of the drawn lines. 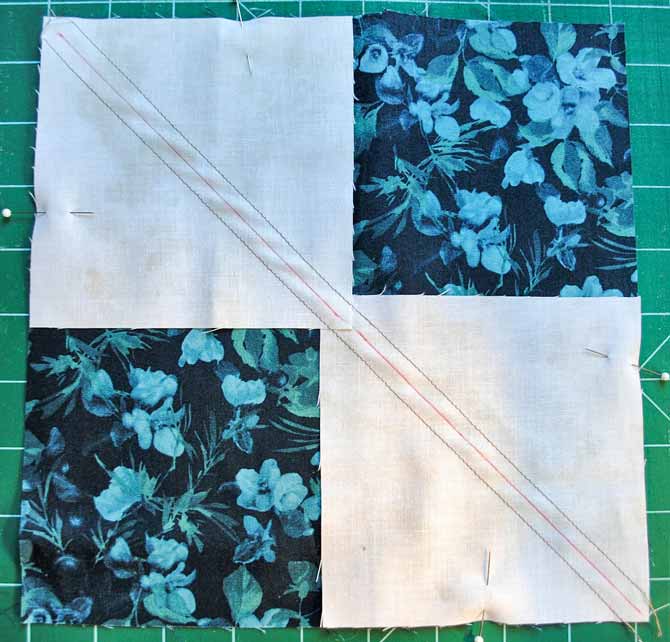 Sew down each side of the drawn line

Cut along the drawn line and then press the two smaller triangles out. 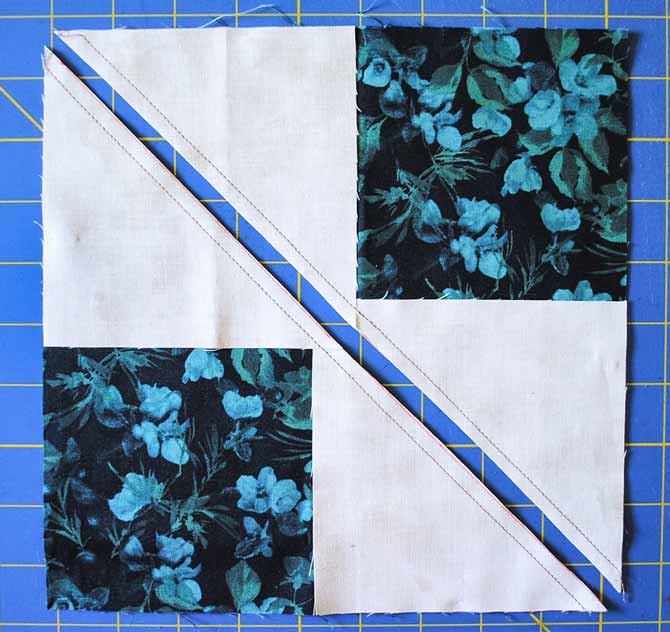 Now a third small square is lined up on the corner of the large square and sewn ¼” on either side of the drawn line. Cut along the drawn line and then press the small triangles out. Repeat with the remaining small square. 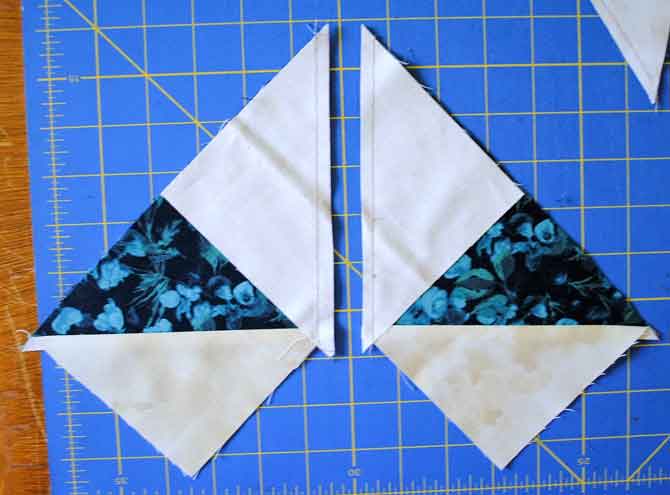 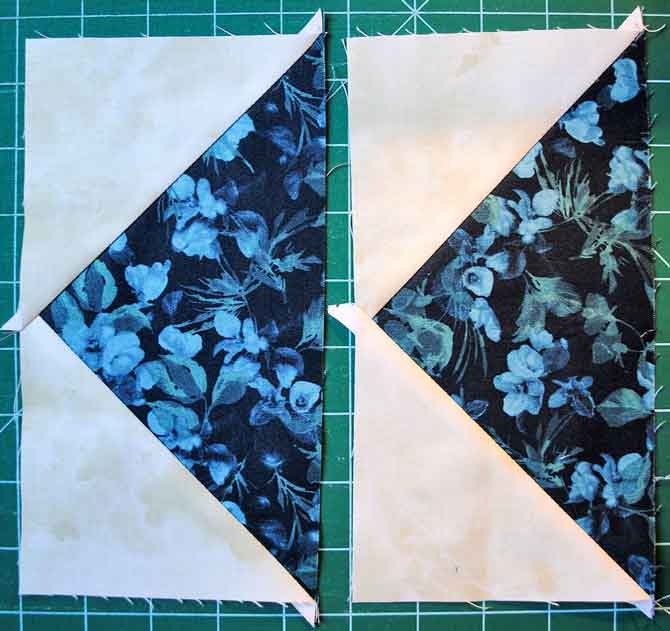 The pros and cons

For the “Four at a time” method, I don’t particularly like drawing the lines on the back of the fabric and I find lining up and pinning the pieces together before stitching is a bit annoying. You need to cut your larger square from a large piece of fabric so you can’t use up scraps the same way that you can using the sew and flip method.

After trying all three methods, I personally think that I like the traditional method the best. For me, I like the fact that I can cut everything at once and then just sit and chain sew. It’s accurate and fast. Tonight, try the 3 ways to make flying geese blocks and see which method YOU prefer.

This is part 2 of 5 in this series.
Go back to part 1:  Using fabric panels in quilt patterns

I actually like the first method , sew and flip but I like your tip on using the small squares for pinwheel blocks. I will try that next time. TY

Thank you for showing different ways to make flying geese.

I have to say that I really love all the ideas presented in making these flying geese. Mine never come out right so here I go to make some