6 awesome features to love on the Dreamweaver XE

Yesterday on QUILTsocial I showed you five ways the Dreamweaver XE can be customized for the way YOU sew. To be honest, there are at least 30 other ways that the machine can be customized just in the settings screens alone, but I think maybe we should actually sew with it before we adjust anything else! 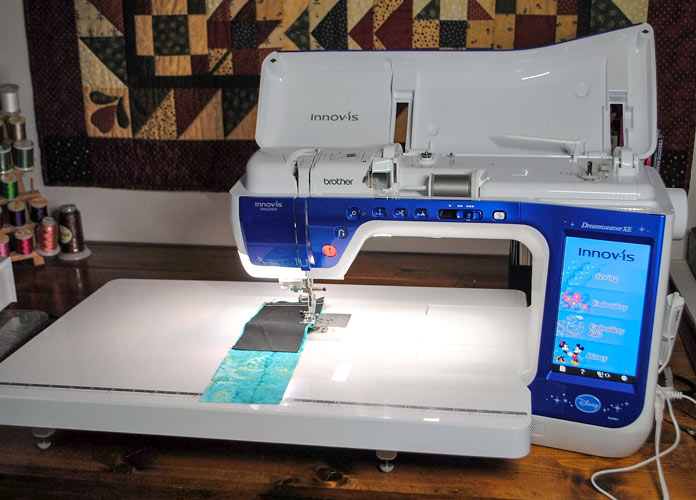 Today I’m sharing some of the features of this machine that really stand out for me. As you know I was so impressed with the NQ900 that I blogged about last year that I bought it instead of returning it to Brother. THE Dream Machine 2 was over the top amazing to work with and I think I’ll probably love this machine just as much! But here are some of the great features that make these Brother machines so awesome!

The Dreamweaver XE has over 11” of space to the right of the needle making it a great machine for free motion quilting and embroidery. THE Dream Machine 2 had this exact same space and my NQ900, although a much smaller machine has 8.3″ – not too shabby! 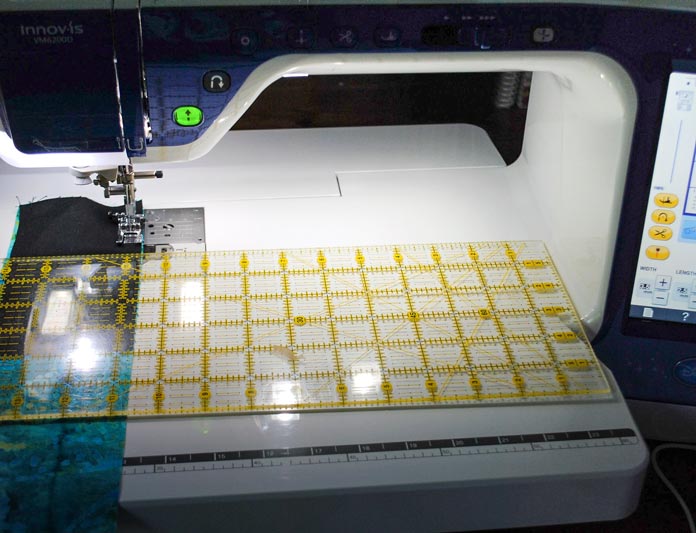 This must be a standard feature for all Brother machines because all three of the machines I’ve used have had this simple yet amazing feature. The upper thread shutter on the Dreamweaver XE opens when the presser foot is up and closes when the presser foot is down. This prevents the machine from being threaded if the presser foot is in the down position. This is VERY important for your thread tension. If you thread your machine when the foot is down, the thread may not pass between the tension discs and you will not be able to achieve correct upper thread tension. Believe me, I can’t understand why other machines don’t have this simple feature! 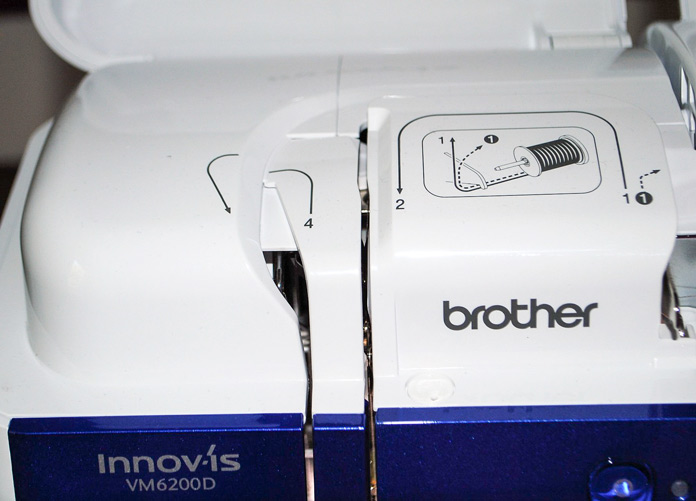 Ok, this may be standard for most sewing machines, but coming from an old Bernina to these fancy Brother machines I was very impressed that the stop/start button could basically tell you if the machine was ready to sew or not. If the button is red, something is wrong! For example, perhaps the presser foot hasn’t been lowered. If you start free motion quilting with your presser foot up, you’ll have a HUGE rat’s nest of thread on the back of your quilt (I know because this has happened to me many, many times with my old machine and I’ve seen it happen to many of my students). If the machine won’t sew when the foot isn’t down, this is a GREAT feature! 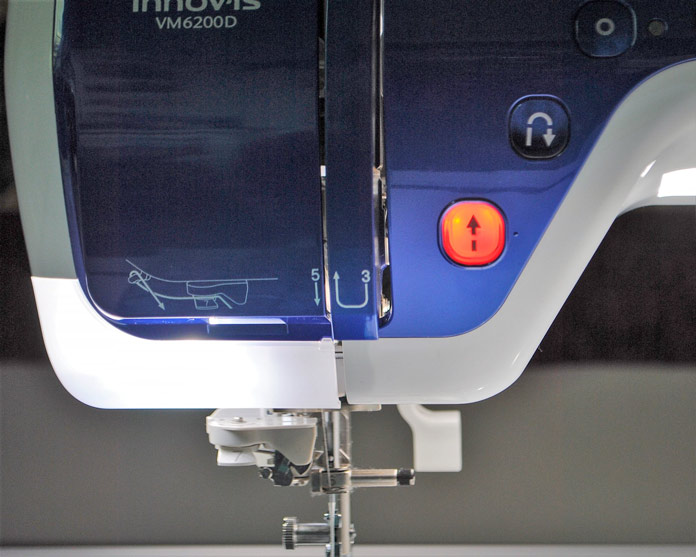 The green stop/start button on the Dreamweaver XE from Brother shows that the machine is ready to start sewing. 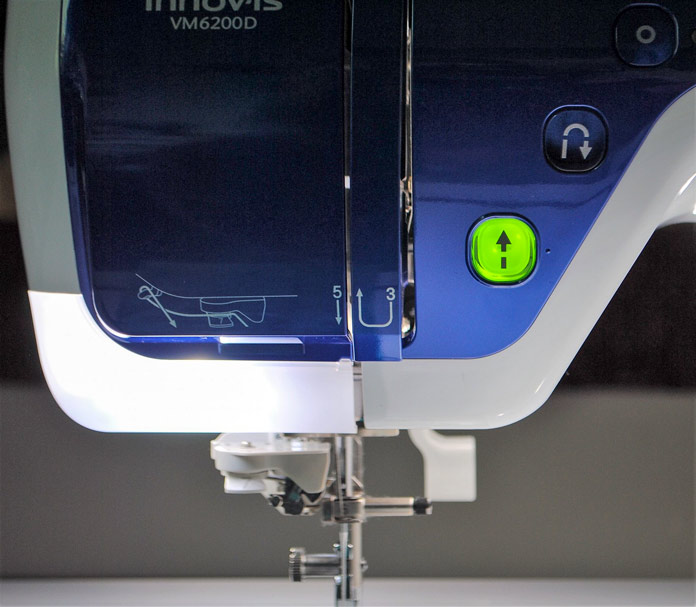 The bright LED lights on the Dreamweaver XE illuminate the work surface wonderfully while you are sewing. THE Dream Machine 2 had great lighting as well, and although my NQ900 doesn’t have quite as many lights, it still has way more than comparable machines. The more light you have, the easier it is to achieve great results and as I showed you yesterday, you have the option to dim these lights on the settings screen. 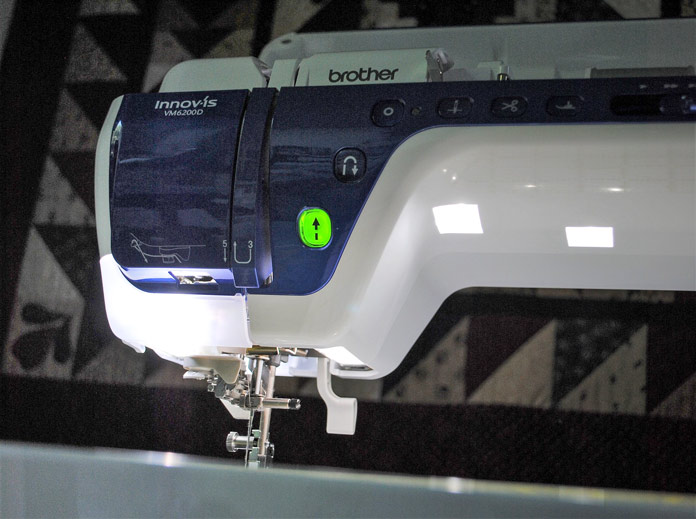 The guideline marker (laser pointer) on the Dreamweaver XE can be used for many different sewing functions. On Friday I’ll show you 3 different blocks that can be pieced with the help of this feature. THE Dream Machine 2 also has this guideline marker, and now that I’ve used one I wish my NQ900 did too! 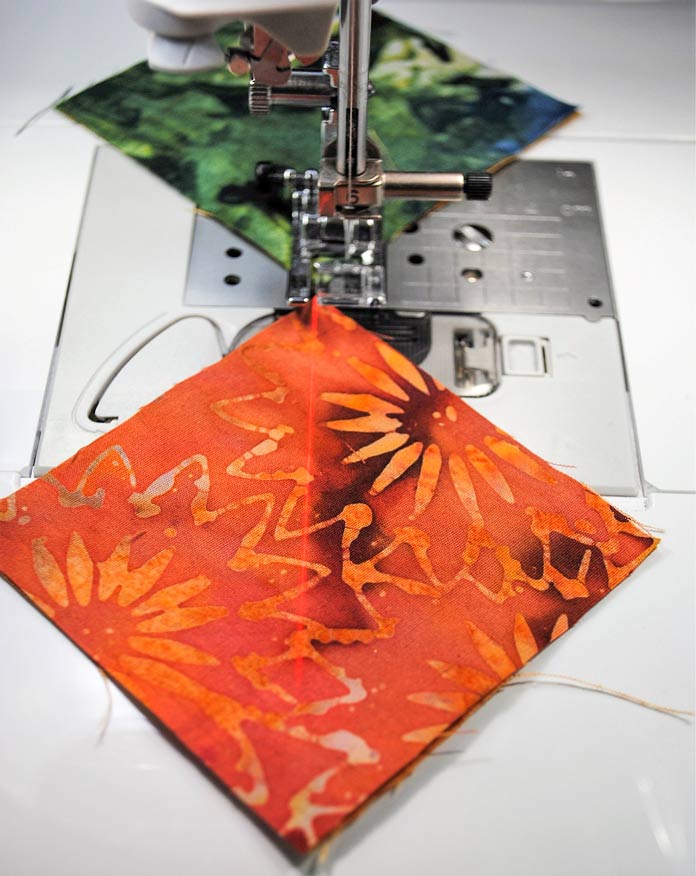 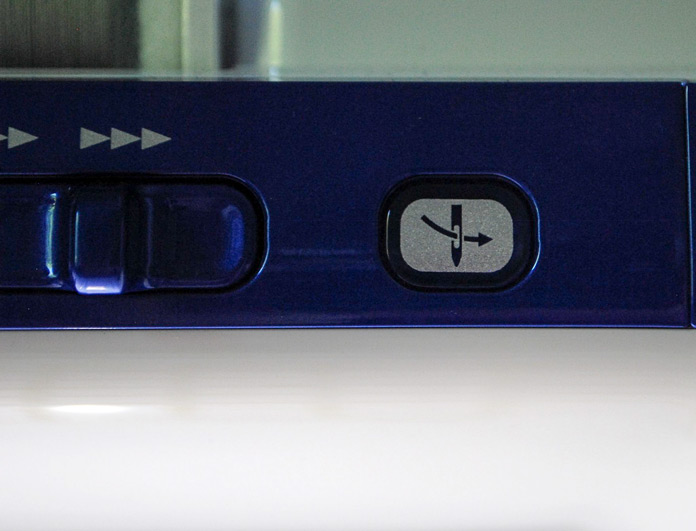 Imagine threading with a touch of a button? Well, now you can with The Brother Dream Machine 2, Auto Threading feature. Watch the video to see how easy auto t…

Well, there you have it! 6 awesome features on the Dreamweaver XE that I know you will fall in love with. Once you try them, you’ll find it hard going back to your old sewing machine. I took my old Bernina to a workshop last week and spent half of the day trying to find the thread cutting button (spoiler alert…it doesn’t have one). But now that I’m so used to sewing on these Brother machines, I’ve been a bit spoiled!

Tomorrow we’re checking out some of the educational features on the Dreamweaver XE and then on Friday (I promise) we’ll start sewing! See you tomorrow.

This is part 3 of 5 in this series.
Go back to part 2: 5 basic ways to customize your sewing experience on the Dreamweaver XE

Go to part 4: Help is always close at hand with the Dreamweaver XE

Help is always close at hand with the Dreamweaver XE

These machines are just getting awesomer and awesomer!

You’re right about THAT Ellen! I’ve fallen in love with all of these Brother machines <3

The magic and math to making perfect...

Accurate pinning makes all the difference with...

Machine quilting with a serpentine stitch