6 essential tips for sewing bias binding on a tight curve

It’s the end of the week and time to wrap up our appliqued pot holder project.

The pattern is called Barnyard Buddies by ellie mae designs and they’re just the cutest.

We’ll have them done and ready for that weekend BBQ. 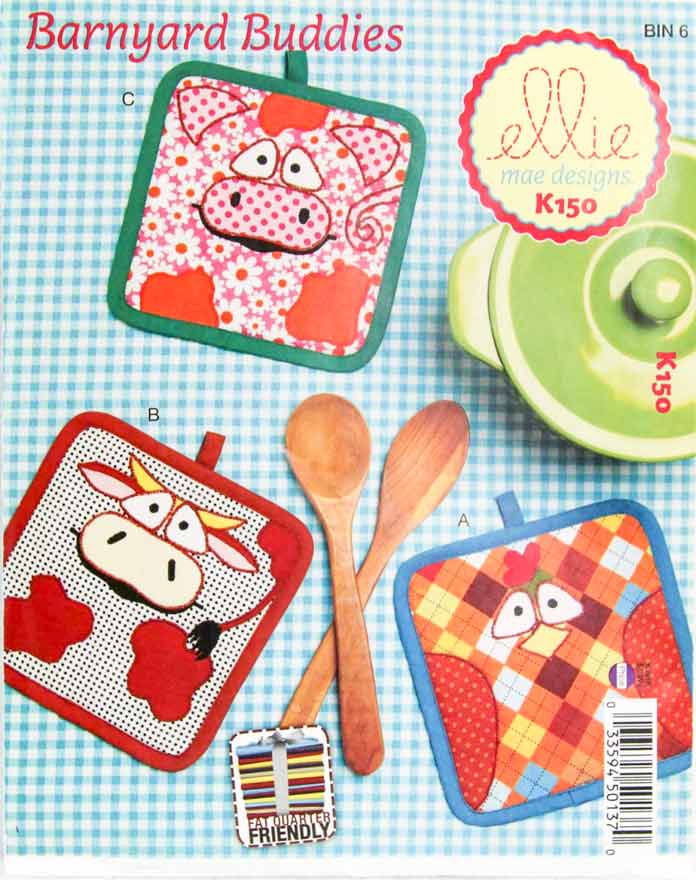 Give the pot holders a quick press with a hot iron. I like to press from the wrong side so as to not crush the satin stitch.

The stabilizer has been removed from the wrong side of the work.

The pot holder fronts and backs are now ready to be assembled. Remember that I had cut the fronts and backs a little bit bigger than the pattern suggested? And the corners are supposed to be rounded. Don’t trim anything yet. 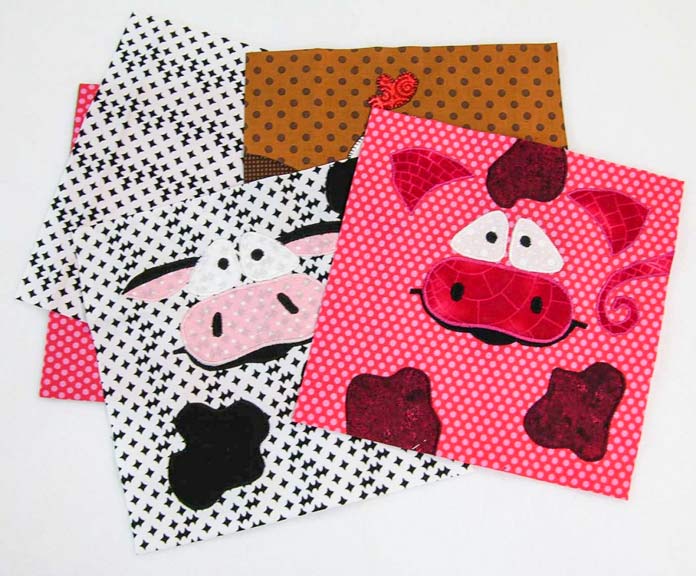 The fronts and backs of the pot holders are ready to assemble.

I used two layers of the UNIQUE QUILTING therm fleece for each pot holder. They were cut to the same size as the fronts and backs of the pot holders. 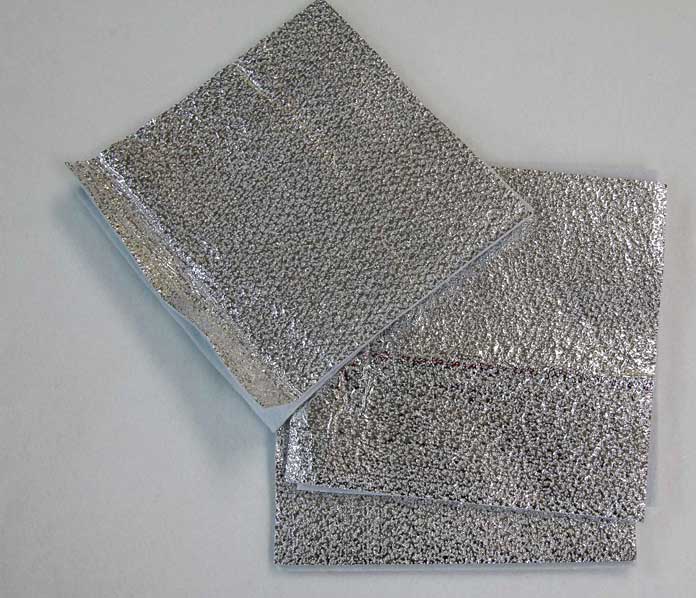 Layer one piece of UNIQUE QUILTING therm fleece with the heat shield facing towards the wrong side of the outer pieces of the pot holder. The white sides of the fleece will be facing each other in the middle of the pot holder sandwich. 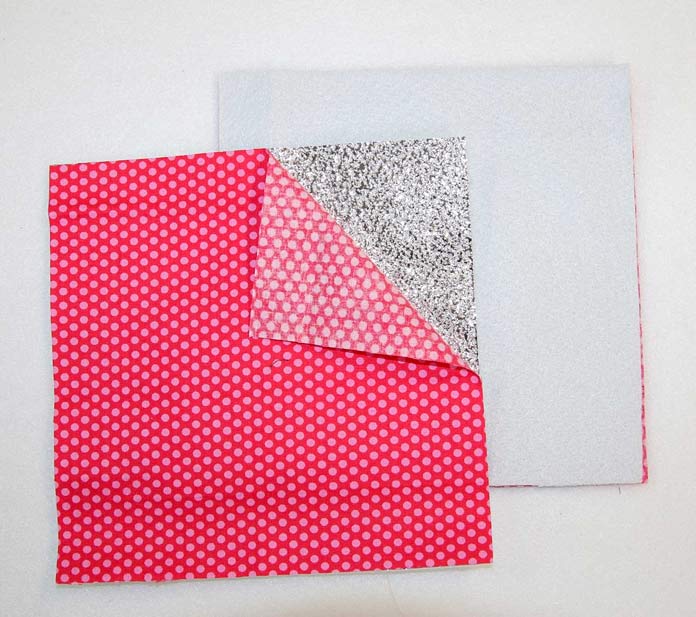 The pot holder sandwich: the back, two layers of insulated fleece and the front

Baste a layer of UNIQUE QUILTING therm fleece to all of the pot holder fronts and backs. It was easier to do this process in two steps rather than try and sew all four layers together at once. 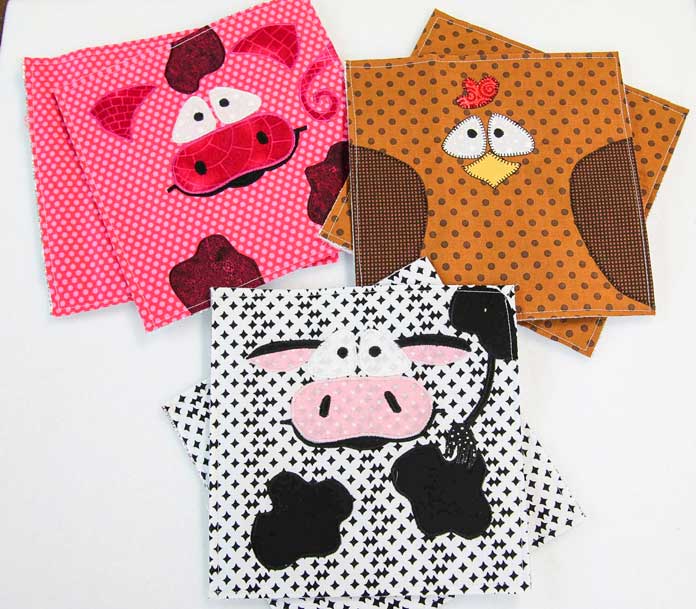 A layer of fleece has been basted to all the fronts and backs of the pot holders.

Then I basted the front and back of each pot holder together. 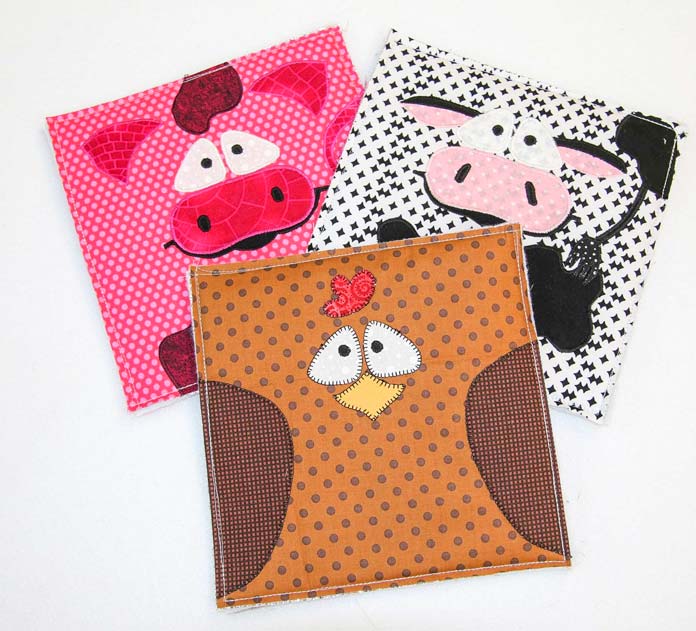 The four layers of the pot holder sandwich are basted together.

Once the layers were basted together, I trimmed the edges of the pot holders so there was a nice clean edge on all four sides.

I used a paper template (traced from the pattern) and a pencil to mark the curved corners. The rounded edges were cut using scissors. If you’re not an experienced sewist, I would suggest that you leave the corners square. I’ll show you why in a minute. 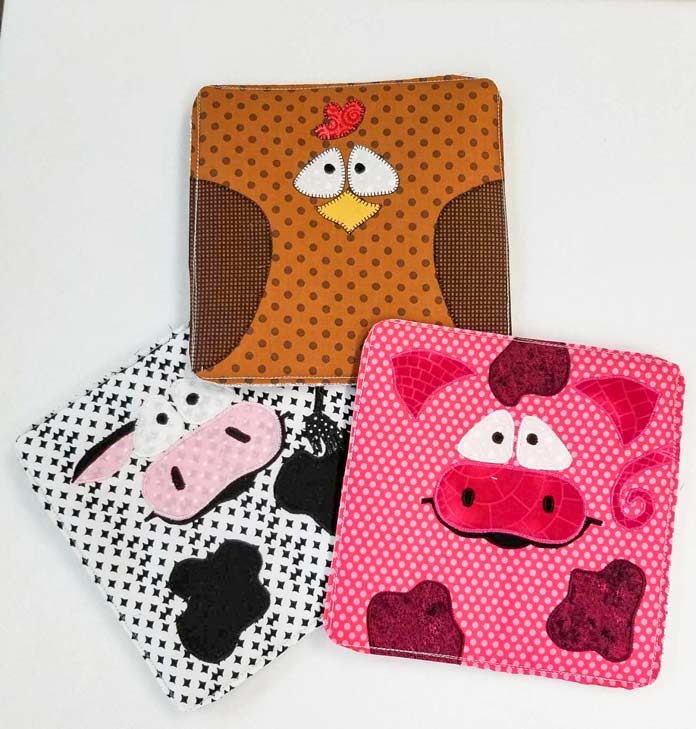 All the edges of the pot holders are trimmed even and the corners are rounded.

Make a loop from the bias tape using a 4″ piece of bias tape. Stitch the long open edge closed. Fold the strip in half and baste it to the top of the pot holder on the back. 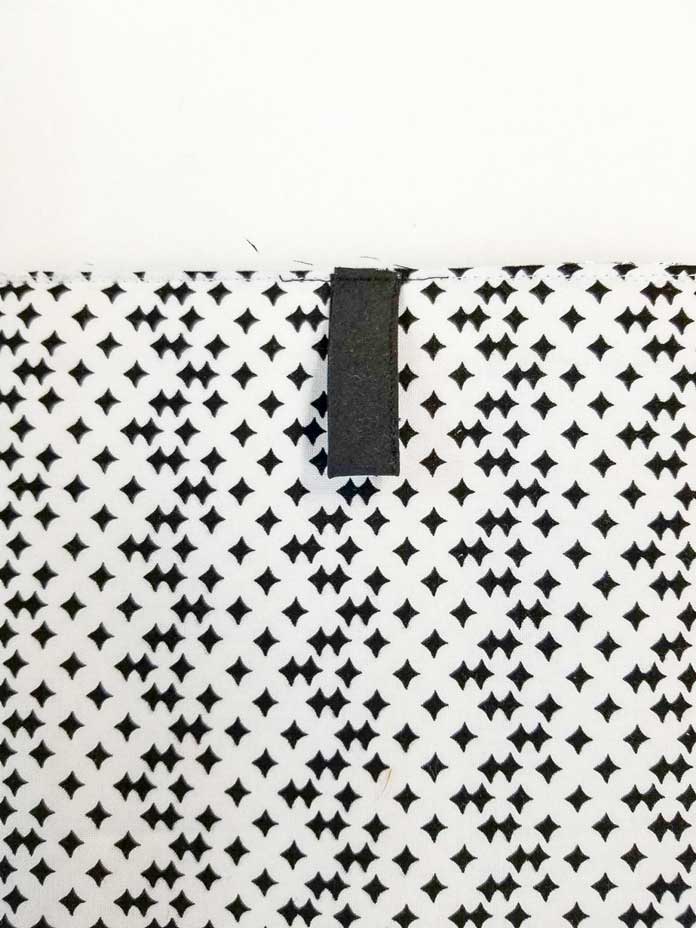 The loop has been basted to the back of the pot holder.

Using the purchased bias tape, I sewed the binding on the same way that I would sew the binding onto a quilt. You can read more about Stitching down the binding: thread color, stitches and stitch length in this article.

There’s one slight difference. Open the bias tape up and align one raw edge with the edge of the pot holder. Stitch carefully on the crease. Even though the pot holders aren’t large, I made the final join the same way I would on a quilt so the join is much neater than folding in as suggested in the pattern.

The corners will be tricky as they’re not very rounded and the bias tape is wide. Here’s a couple of tips to help go around the corners. Again, if you’re not that experienced, I would leave the corners square and do a mitered corner on the binding. 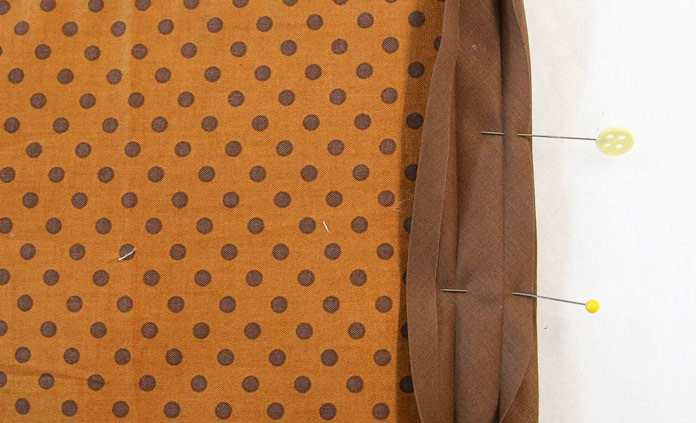 Open the bias tape up and align with the raw edges

Here are the finished pot holders. They’re super cute – almost too cute to use. But my new motto is if I’m making something, I’m using it. There’s no sense in keeping these things in a drawer where no one will see them.

You’ll notice a few wee tucks in the corners and the corners on the back are not as perfect as they could be. They’re pot holders. And this was my first attempt at sewing the binding on something with that small of a curve. For those of you less experienced, make the corners square, although I really like the look of the curve and it was worth the effort. Besides, if you don’t get out of your comfort zone every once in a while, how will we continue to learn? 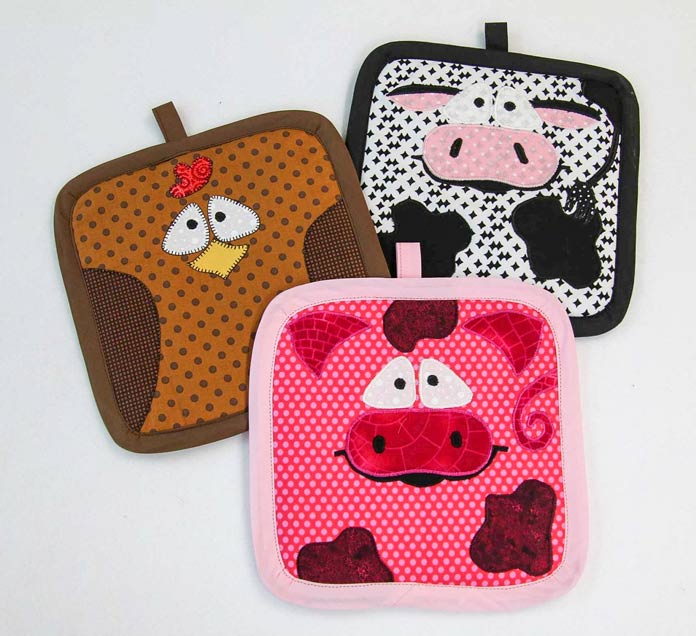 And there we have it, three pretty darn cute pot holders.

I hope you enjoyed this fun week and hopefully, you learned a few tricks about machine applique.

This is part 5 of 5 in this series.
Go back to part 4: 6 tips for blanket stitching applique shapes you want to know

6 tips for blanket stitching applique shapes you want to know

Small quilting projects to make with bits and...

Thanks for the tips on curved binding! I will use this method when making bags.

For home or away, the UNIQUE Folding...