Time to celebrate! Well, almost. In yesterday’s post, I pieced the bow tie blocks and put together the table runner. The PFAFF quilt expression 720 will be doing all the work again today! Today I’ll quilt and bind the table runner. 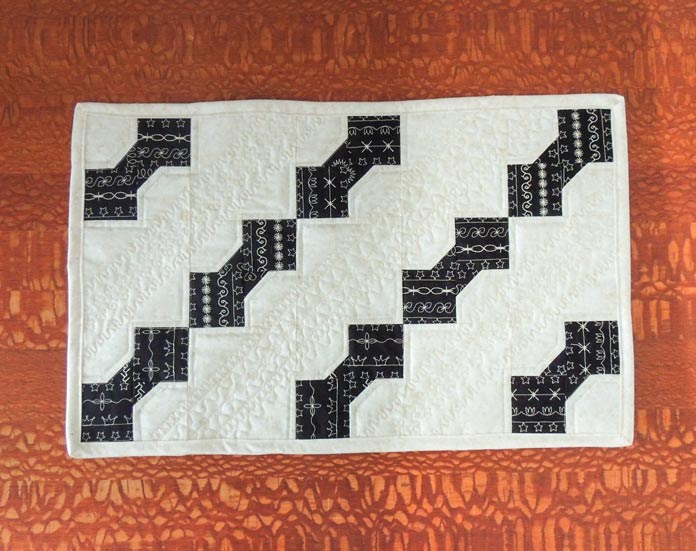 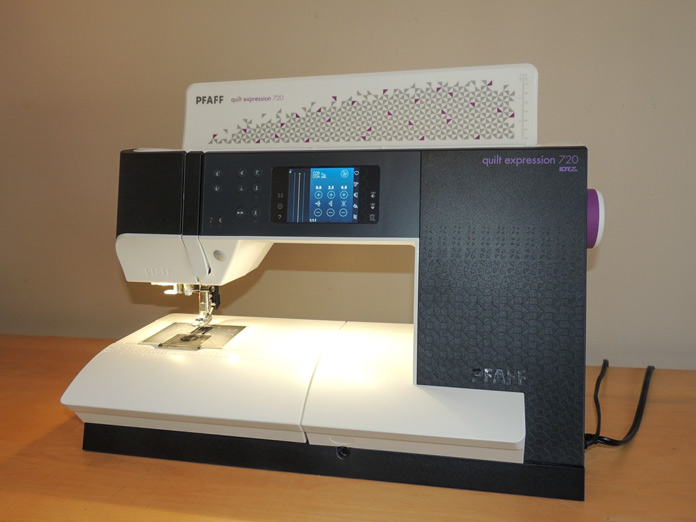 To prepare the table runner for quilting, layer the top with batting. For the runner I fused batting to the top and then layered them on top of the backing, right side down. This let me avoid having pins to move as I quilted.

The first thing I did was stitch in the ditch around the bow ties. I used the Stitch-in-Ditch foot for IDT System. The IDT System feeds the fabric layers evenly under the needle and is activated by lowering and clicking it into the back of a presser foot. 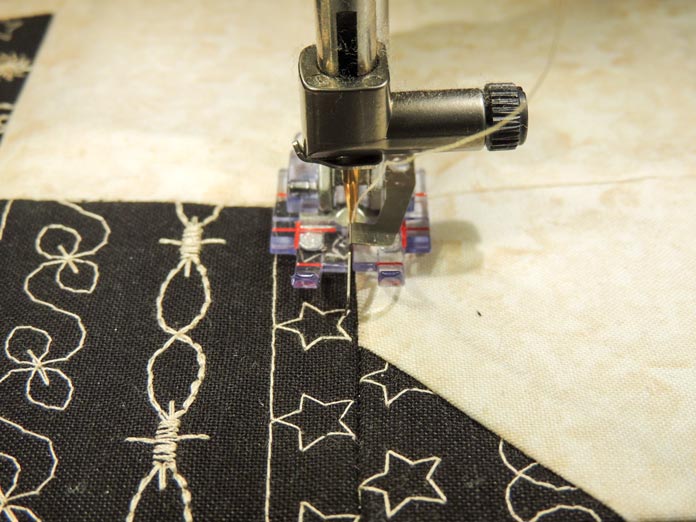 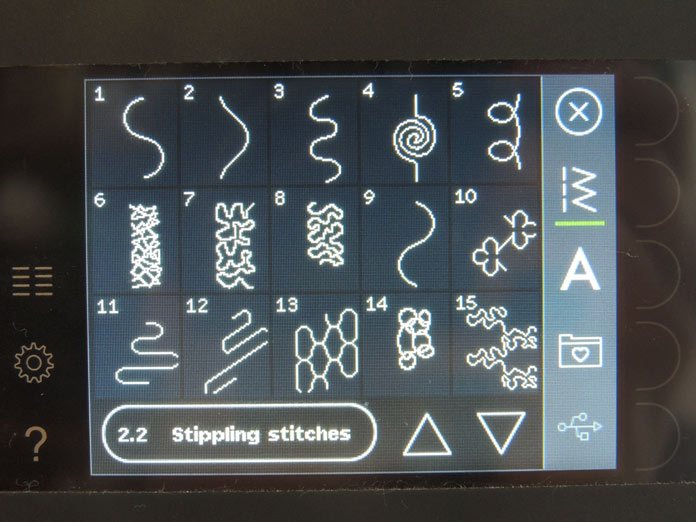 Then it was time to fill in the space between these stitches and the bow ties. To keep my rows of stitches straight and to check for spacing, I used another specialty foot – the Multi-line Decorative foot. 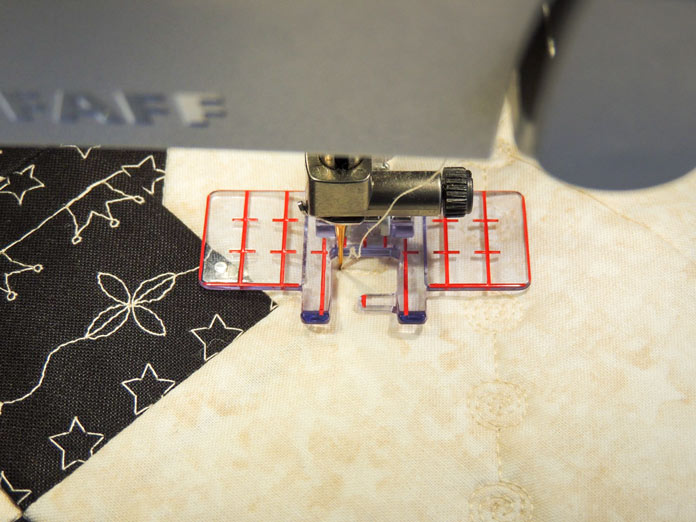 I added more stippling stitches, repeating the same one on each side of the center row. 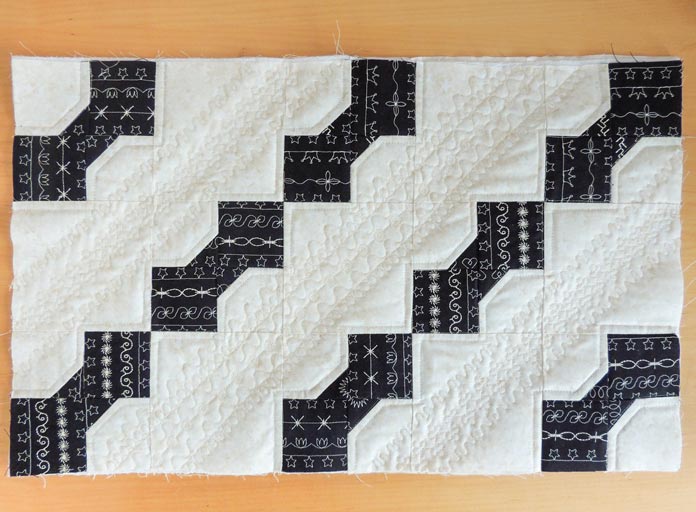 The reverse side of the runner shows precise, evenly quilted stitches too! 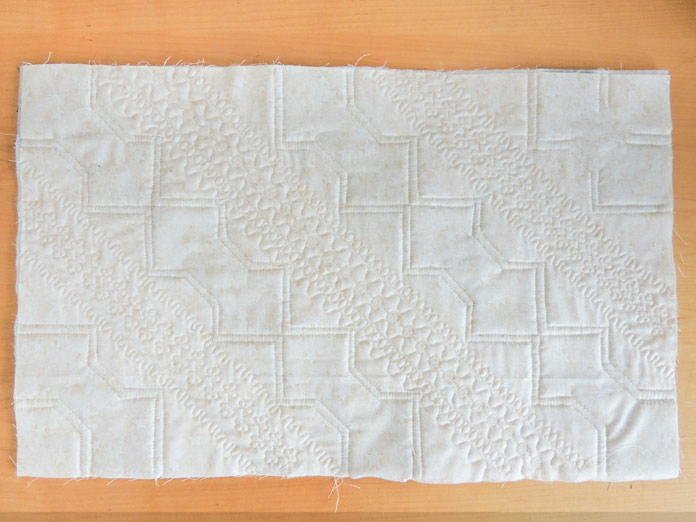 Reverse side of quilted table runner 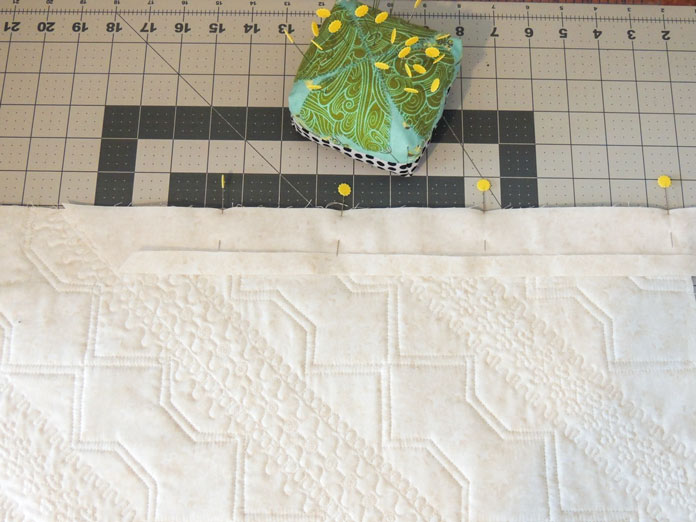 I used the ¼” Quilting foot for IDT System to sew the binding, stopping ¼” from the edge. 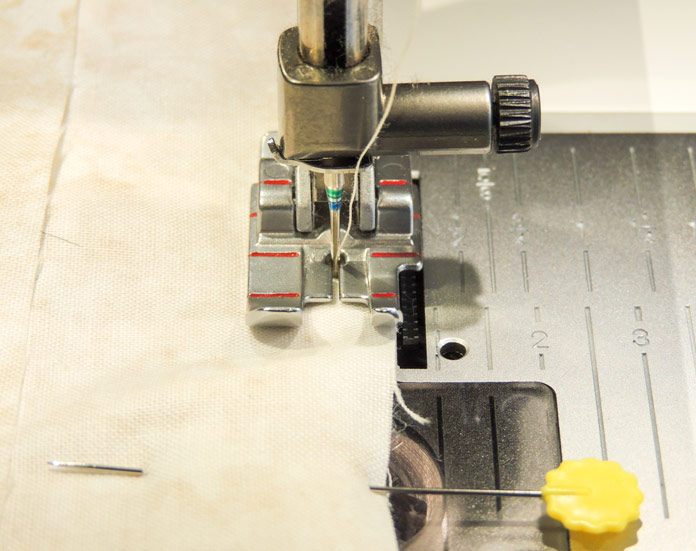 Once I was ¼” from the corner, I stopped sewing and removed the project from under the needle. Then I folded the binding on the diagonal towards the corner, and folded it over at a 90° angle to create a square corner and line up the binding along the next side’s edge.

Keep sewing on the binding, stopping and folding the binding at each corner until about 10″ from the beginning of the binding. 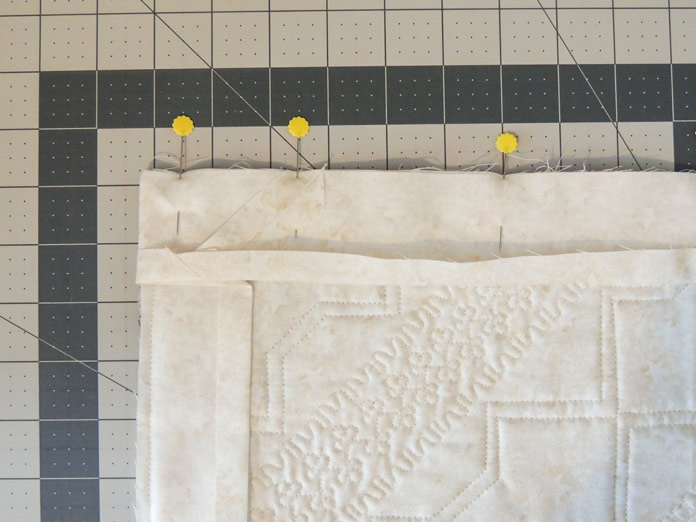 Corner of binding pinned and ready to be sewn down 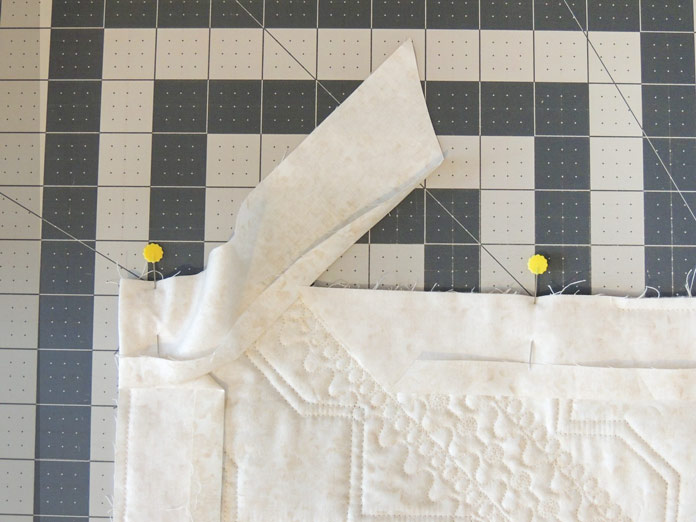 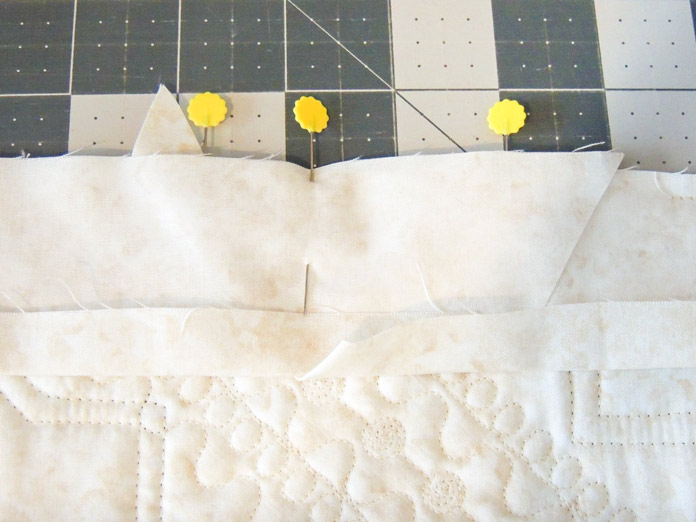 End of binding strip pinned and folded into beginning of strip

I lined up the inner edge of the ¼” Quilting foot for IDT System with the edge of the binding and I use the Needle down button. I don’t usually pin the binding except for when I get to a corner. I stop sewing a couple of inches before the corner and work at folding the next side of binding over so I can do a 45° angle at the corner. Once I’m happy with the way the corner looks I pin it in place, knowing I still might fiddle with it when I get a little bit closer.

I take one stitch past the corner and then I pivot to start sewing the binding on the next side. Keep folding and sewing until all the binding is attached. 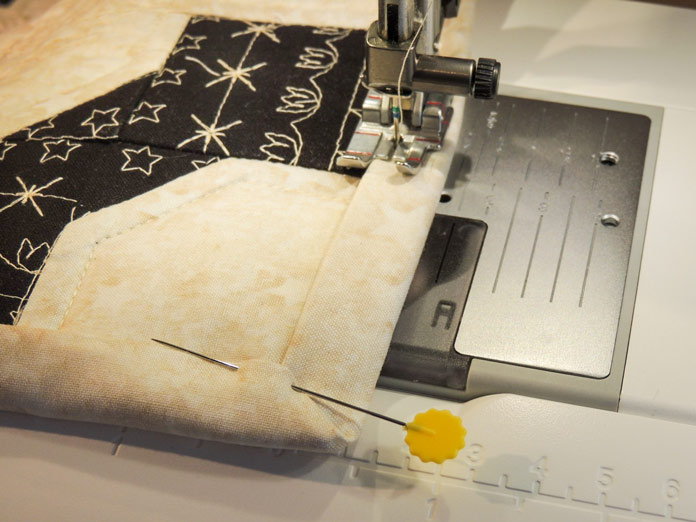 The runner is now completely finished including the binding. You could choose to hand stitch a few stitches in each corner, but I usually don’t 😉 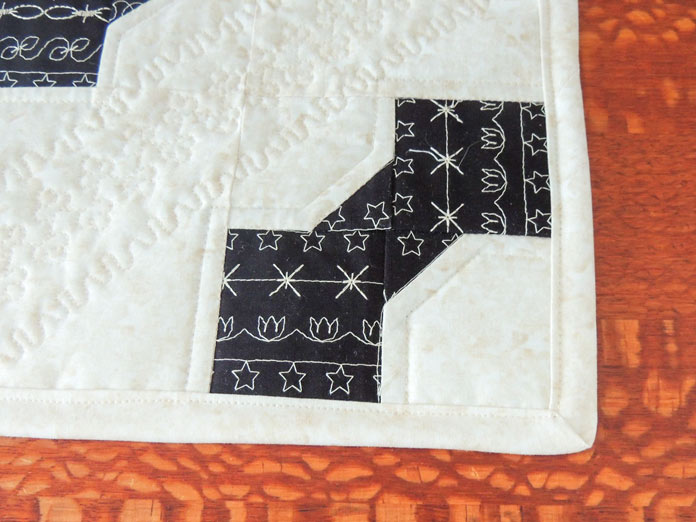 Now it’s time to celebrate! The PFAFF quilt expression 720 has helped us complete yet another quilted project in time to enjoy it.

This is part 5 of 5 in this series.
Go back to part 4: Decorative stitches sparkle on black bow tie quilt blocks

How to bind a quilt with challenging corners

Add a flange binding to your quilt for...

How to sew the perfect quilt binding by...

Quilters can make buttonholes too with the PFAFF...

Ring in the New Year with quilted napkin...

Free motion the easy way with the...

Making a quilted banner for your sewing...

How to bind a quilt with challenging...