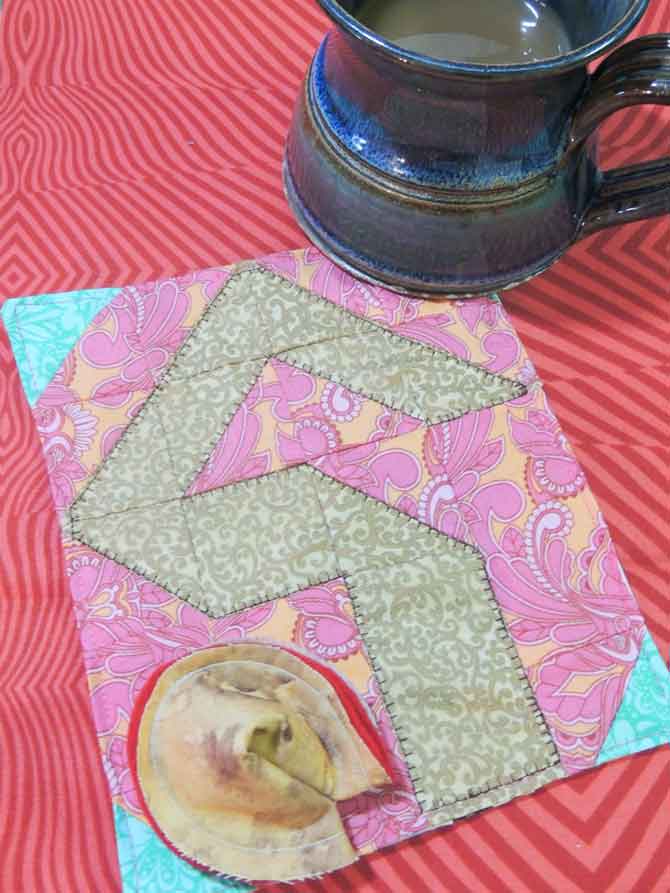 In today’s post we’ll put together the Lucky Monkey Tail Mug Rug. I’ve included lots of photos and piecing advice. In projects like this where there are lots of small pieces and seams, accurate piecing is important to make sure the final product looks good. Good luck and enjoy! 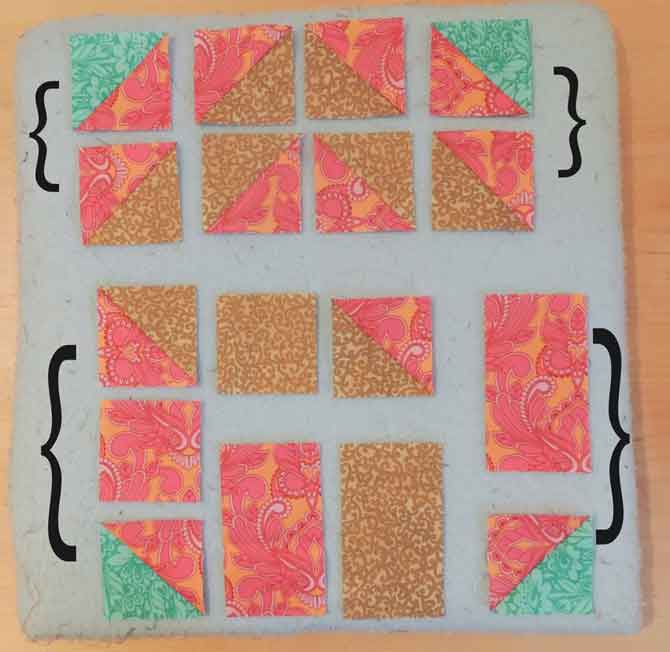 Lay out units and cut pieces on a design wall or board. If you don’t have either, take a photo of the pieces laid out to refer to in case they get moved around or you get confused while sewing the pieces together.

We’ll sew the rows into two units as the photo above illustrates.

Accurate piecing is in the details

On the units marked in the photo, repress the seams in the opposite direction to help seams lay flat so points join accurately.

Sew each row together, pressing when you finish each row.

Press all of the seams on the top row to the right and on the bottom row to the left.

Sew the two rows together. Press to the top row. 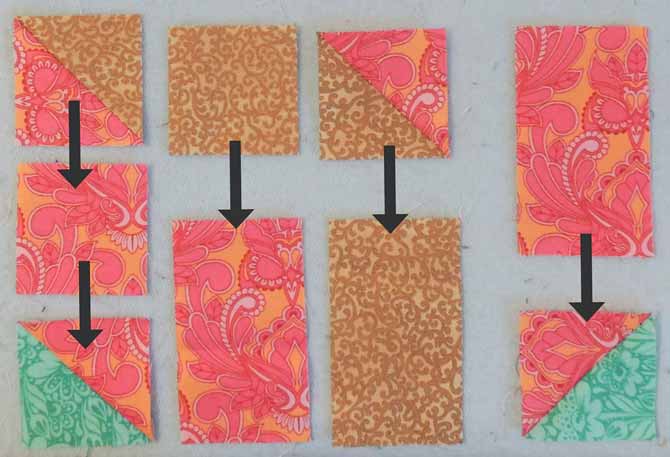 For the bottom half of the mug rug, sew the pieces together in columns first as shown by the arrows in the photo above.

in the 1st column press both seams to the middle background square;

in the 2nd column press the seam to the gold square;

in the 3rd column press the seam to the gold rectangle;

and in the 4th column, press the seam to the background rectangle.

Sew the columns together, pressing each seam to the right. 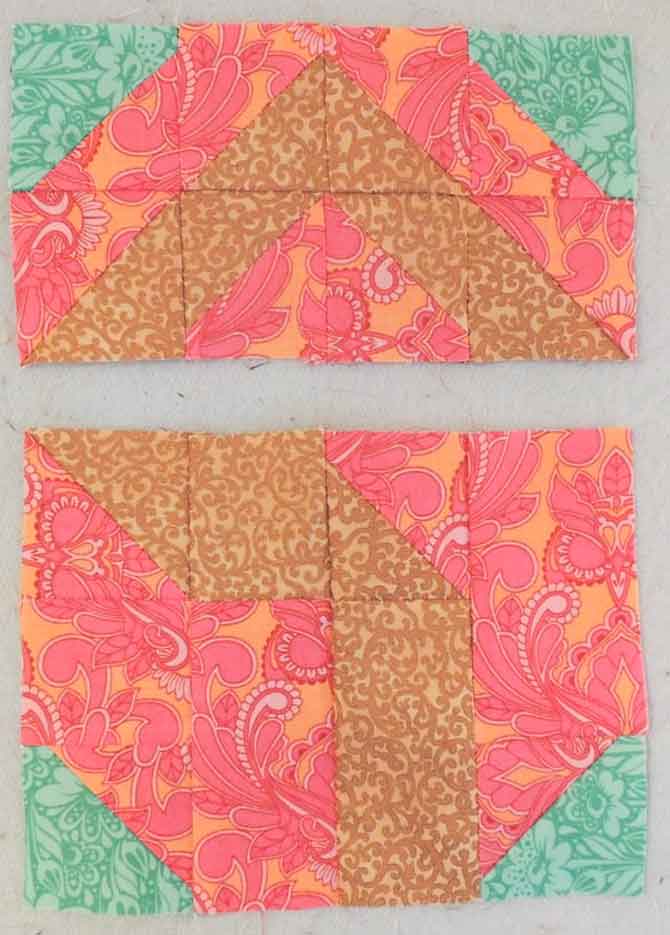 It’s time to sew together the two halves of the mug rug. Pin at each seam and press the seam to the top half.

We’ve finished putting together the front of the Lucky Monkey Tail Mug Rug! Our last step is to layer and quilt it. Lucky us!

My Quilting Life: Japanese Quilt Blocks for a...

A Hexie Sampler Quilt – Friends at a...

My quilting journey takes me into Holiday projects

I have never heard of this block!! Cute!!

Thanks Michele! I hope you enjoy making one:)

A quilt of another colour | Christine...

In quilting, a little love goes a...