Home » Northcott » Rock City batiks rock the back of the quilted cushion!

Rock City batiks rock the back of the quilted cushion!

Making a cushion cover is a quick gift to give or a simple way to add something handmade to your decor. In yesterday’s post we made the quarter star blocks with some fat quarters of the new Rock City batik line coming to quilt stores this month. 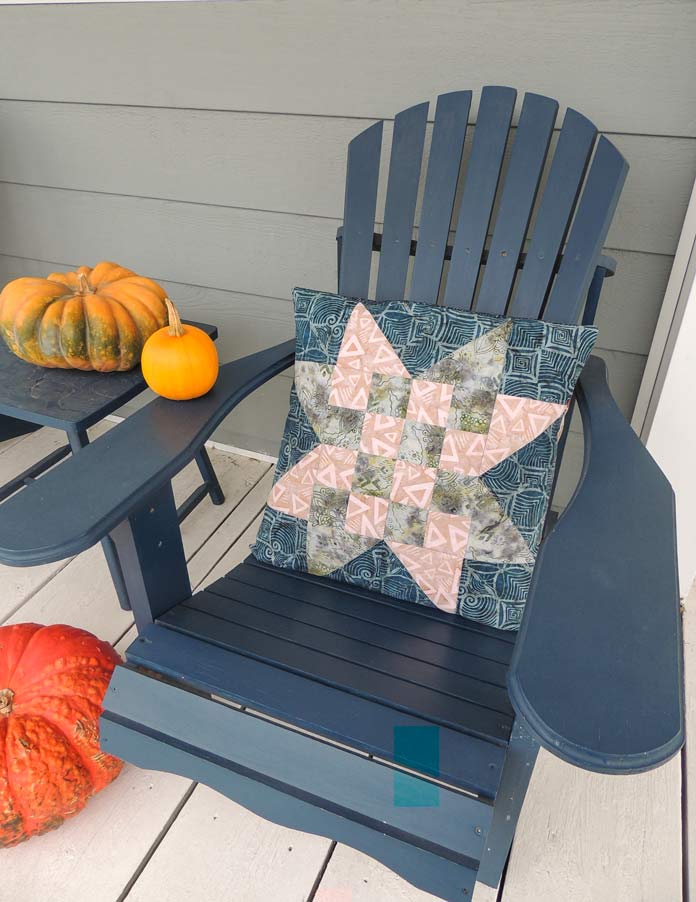 Before we put the checkerboard star block together I wanted to share some other design options with you. I’ll admit it took me a couple of days to decide the direction I wanted to go with these blocks. Once they were together I started to play and arrange them in different patterns.

I like this one for a table topper; a candle would look really nice in the center, don’t you think? 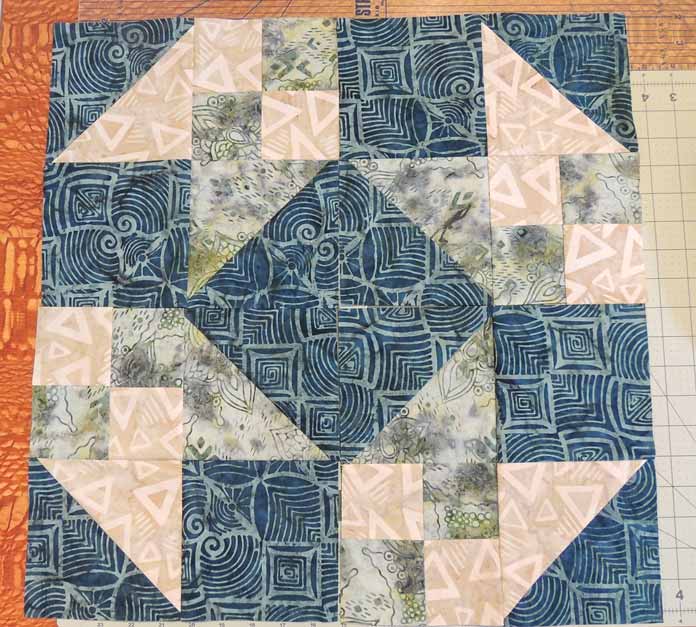 Of course the points could also go counter clockwise.

A square table topper would also be a good gifting option and could be made by sewing these blocks together then quilting with a backing. 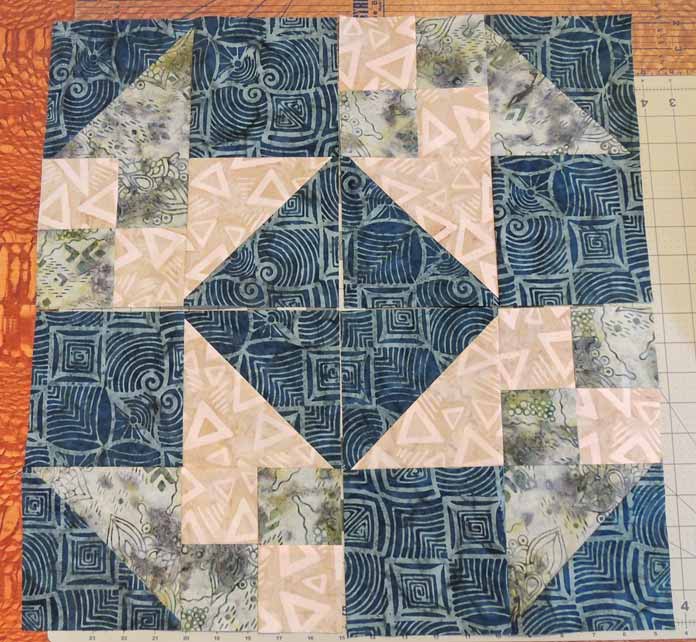 This next arrangement makes a very bold statement! I was really close to putting my blocks together in this orientation to make my cushion cover. 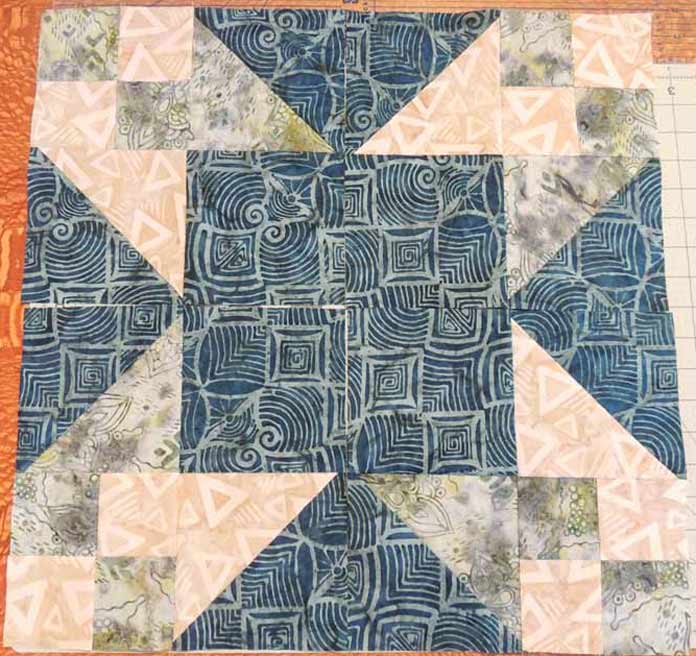 In the end I went with my original plan of having the checkerboard in the middle of the star. It’s actually a sixteen patch, but we made it in quarters so I like calling it a checkerboard instead 😉

Arrange the four quarters in a design you like – any of the ones I showed here will work, or maybe you want to try something else?

Sew the blocks together as rows then sew the rows together. Press the seam in alternate directions (left in the top row, right in the bottom) so the seams nest and make joining the rows easier.

Press the final joining seam to one side and get ready to quilt the 20½″ with batting and a 20½″ square of backing fabric (something from your stash would work well here.)

I used a light blue thread to quilt in the ditch around the star then ¼″ away from the star HSTs. I went around the checkerboard center then quilted a diagonal star in the middle four squares and a larger square inside the outer squares. I wanted to keep the quilting simple but enough so that the batting won’t bunch up if you need to wash the cover and not too much as to take away from the motifs in the batik fabric. 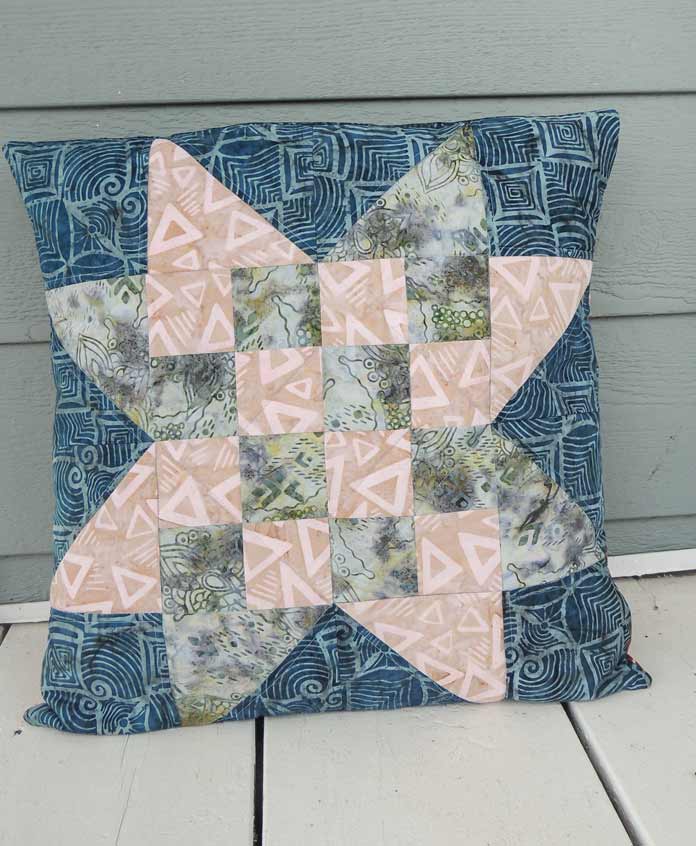 Refer to my previous cushion post and scroll down to Prepare Cushion Cover Panels for the assembly instructions BUT cut fabrics 20½″ wide. 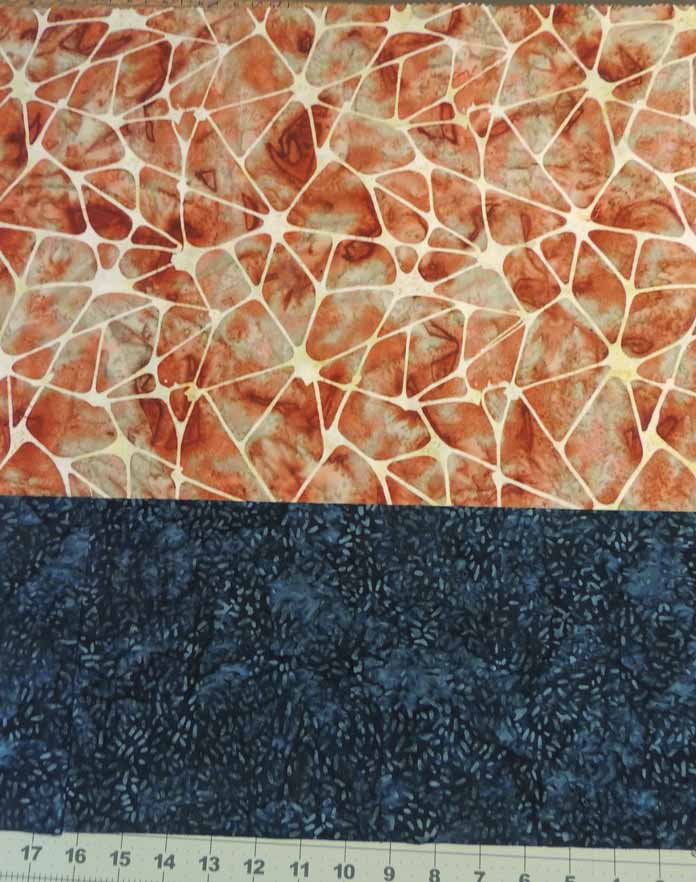 Batik fabrics for back panels of cushion cover 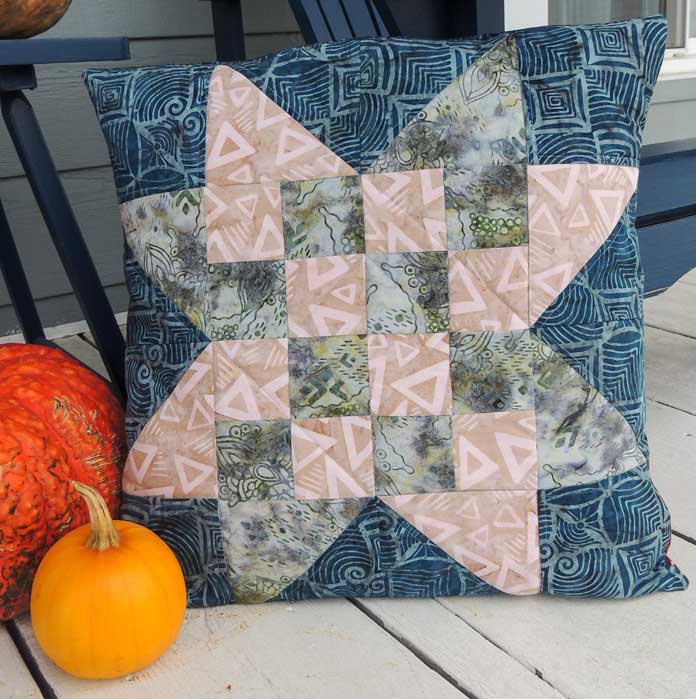 I hope you have enjoyed turning your Rock City quarter star blocks into the checkerboard star cushion cover. Maybe you made your own design and created a tabletopper instead? I decided to play even more with this block design and will share it with you in the next post along with some more gorgeous Rock City batiks.

This is part 2 of 5 in this series.
Go back to part 1: Modern checkerboard star pieced cushion cover

How are you completing the back? Are you using a zipper closure? Are you using a fold-over closure (like a sham)? Are you simply sewing the entire cushion closed so that you wash the stuffing with the cushion top? Thanks for you answer. I am currently making a cushion top and can’t decide how to finish the back.

Quick and easy cutting instructions for a...

Making a tote for your quilting tools.