Getting HSTs out of a snowball block in one simple step

Yesterday on QUILTsocial I used the guideline marker (aka laser pointer) on the Dreamweaver XE to sew the corners onto our snowball blocks. Today I’ll use this same feature to reduce the waste that usually comes with this method of making snowball blocks. 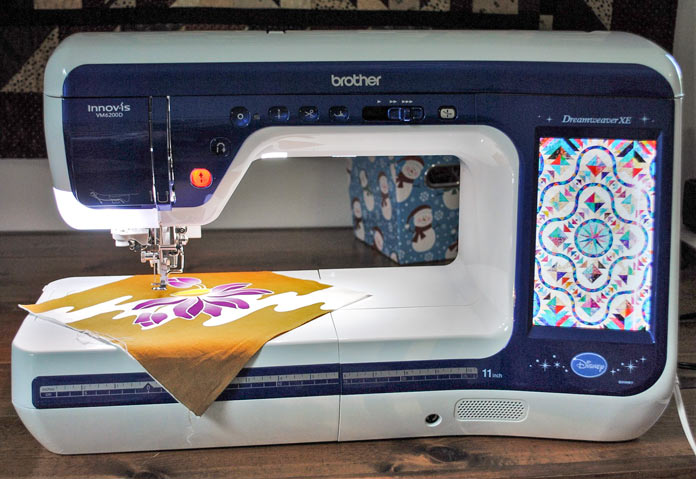 The first thing I do is move the laser. The position of the laser pointer on the Dreamweaver XE can be adjusted by pressing the “-” and “+” buttons to the right of the guideline marker key. I’m moving it as far to the left as possible, pressing the “-” button until the reading says “-3.5”. 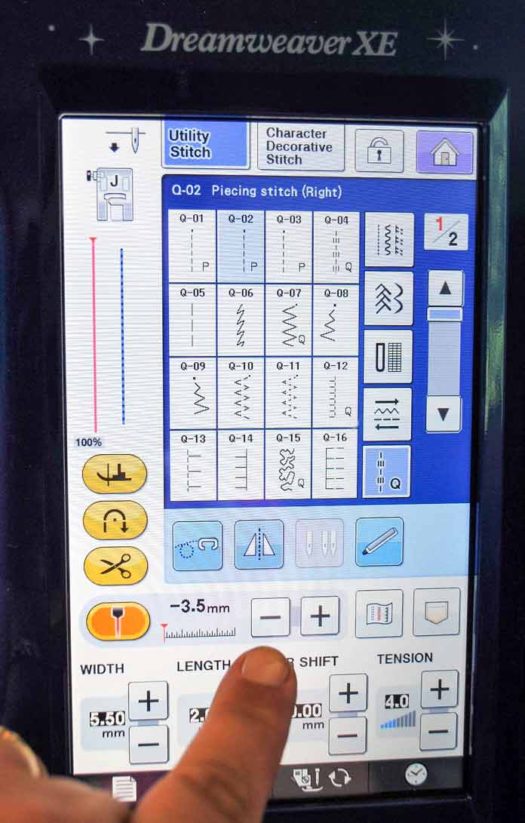 Changing the position of the laser pointer

Now I select the stitch to use for sewing. On the stitch selection screen, press the “Quilting” stitches group key. 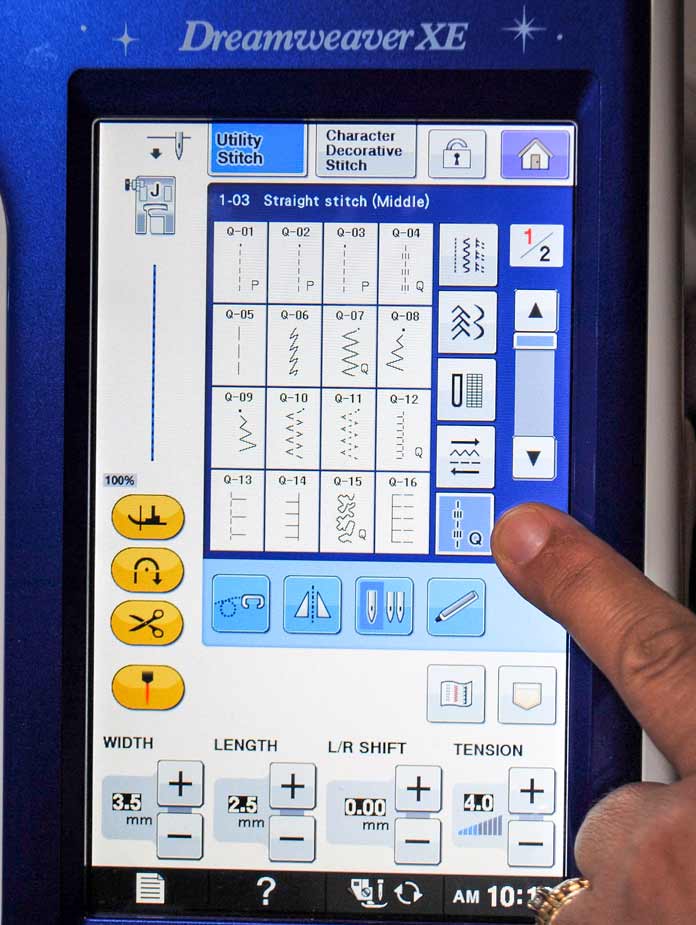 Next, I select the Q-02 “Piecing Stitch – right” button. Once it has been pressed it will turn blue to indicate that it has been selected. 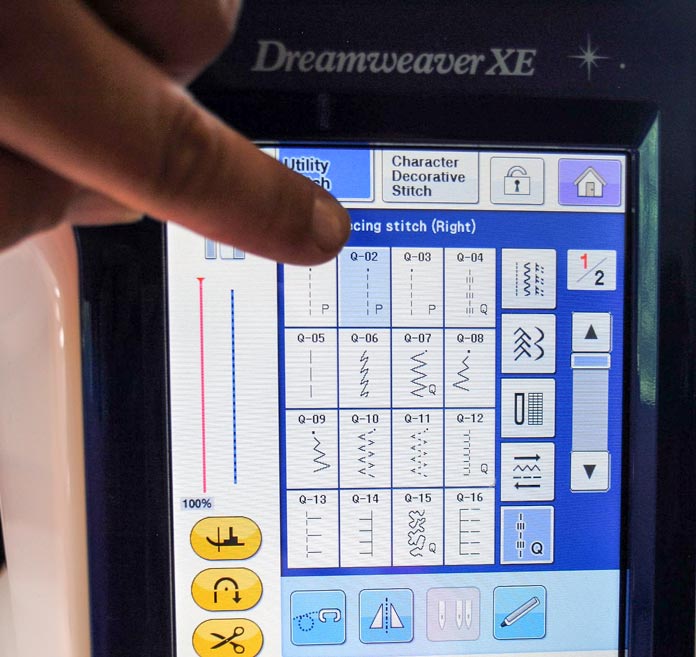 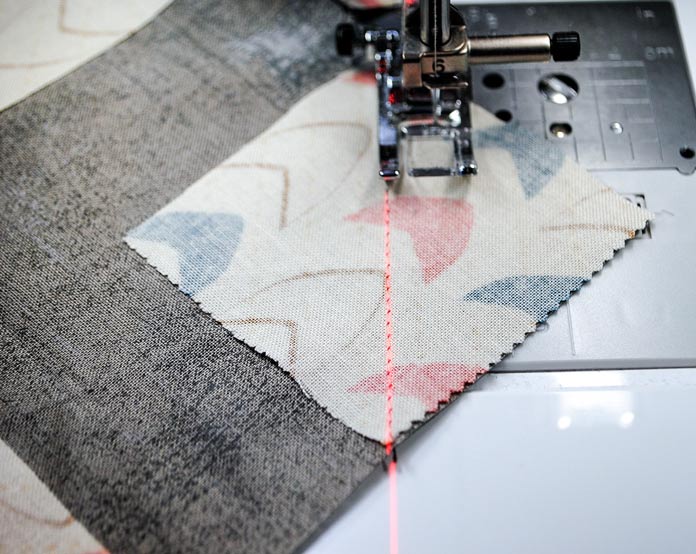 All four corners of the snowball block are sewn with the Dreamweaver XE and now ready for trimming. 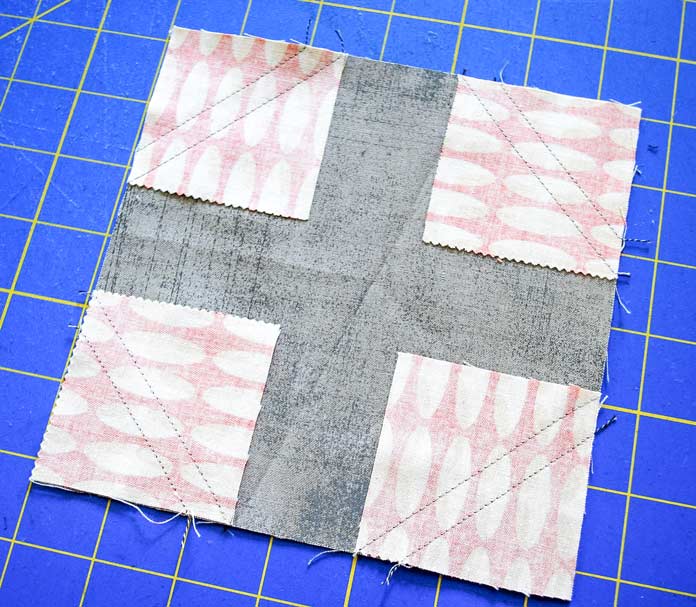 I use a rotary cutter to cut between the two sewn lines on all four corners of the snowball block. It doesn’t matter if this seam isn’t an exact ¼” wide, just don’t trim too close to either of the lines of stitching. 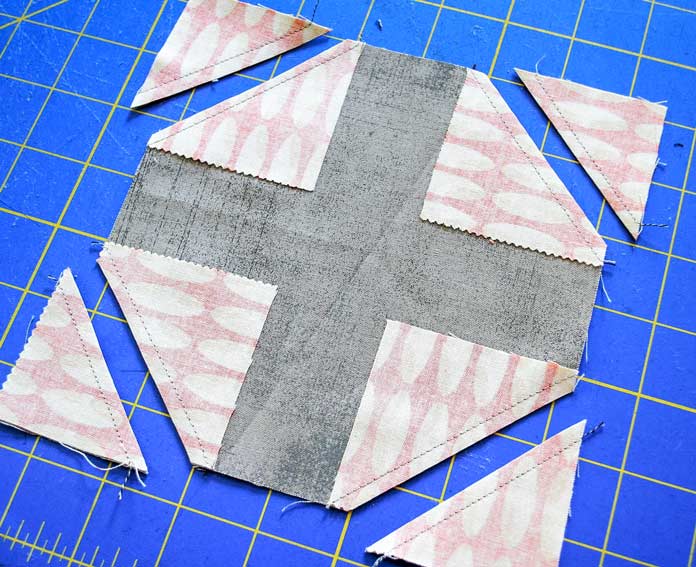 Cut between the lines 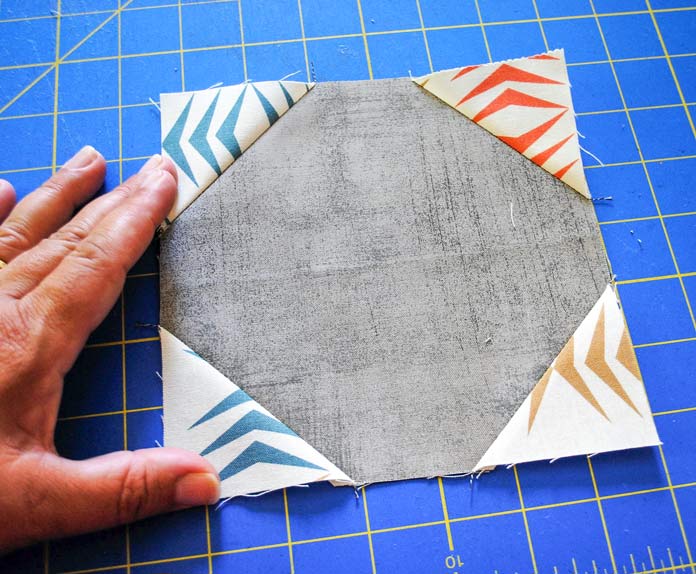 I’ve kept sewing and managed to make a total of twelve snowball blocks with the Dreamweaver XE from Brother. 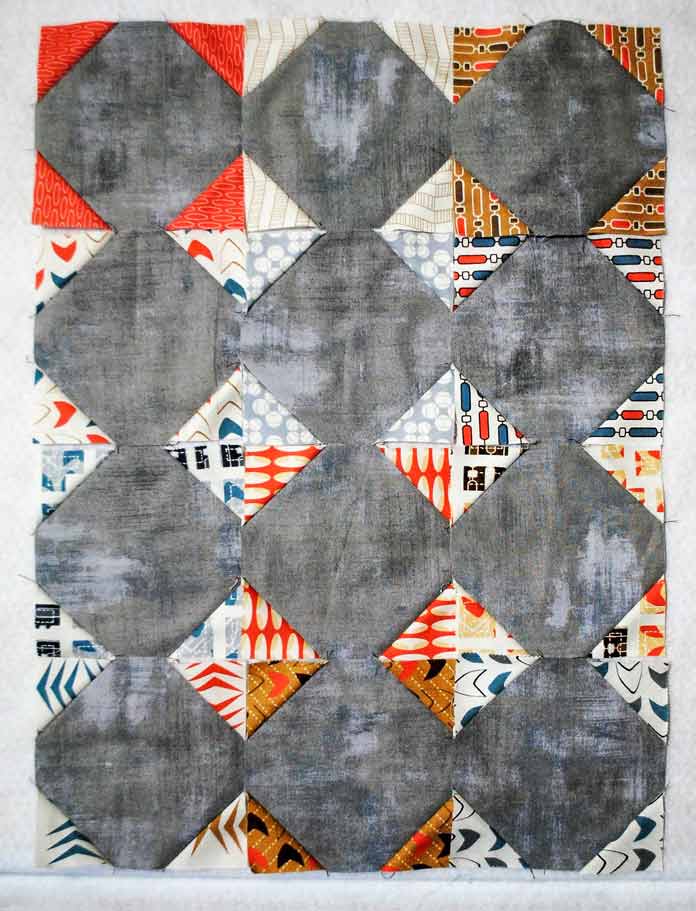 Here’s my basket of half-square triangle units made from the ‘waste’ of the snowball blocks. Once I press them I can trim them a bit if they aren’t all the same size. 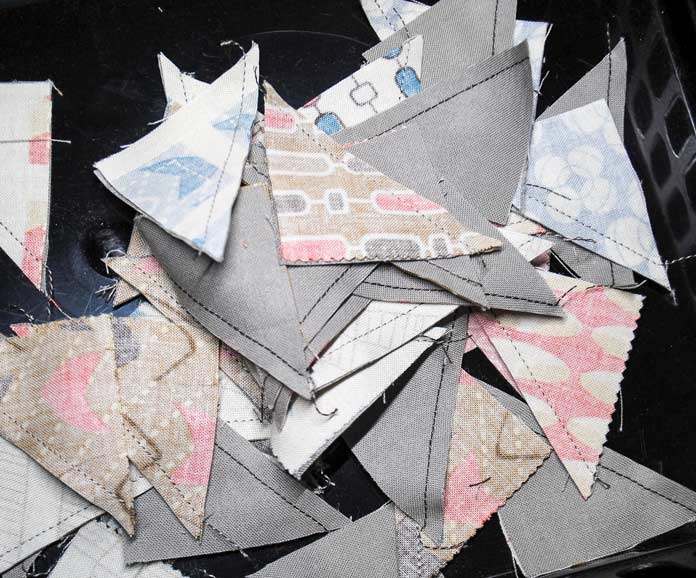 Half-square triangle units are very versatile when it comes to making quilt blocks!! Next month we’ll explore that in depth, but tomorrow I’ll set up the Dreamweaver XE for piecing nine patch blocks.

This is part 3 of 5 in this series.
Go back to part 2: How to make a snowball block from a 5″ charm square

Go to part 4: 6 easy steps to correctly change the presser foot on the Dreamweaver XE

I love the way that you decided to make all of your scraps from the snowballing of these blocks into the half square triangles.

Thanks Katie! I’ll be using those little HSTs in a project in a future QUILTsocial post. Stay tuned!

I don’t have the Dreamweaver, but have used this technique in the past. Now … what to do with all my little HSTs 🙂

Stay tuned Brenda – I’ll be using those little HST in a future project on QUILTsocial!

What a cool feature!

It sure is Carol! I really love it.

Liked seeing the laser in use..I too make hs whenever i can

I just can’t seem to throw anything away! And it’s fun to find another project in which to use the HSTs.

This is awesome! Thank you!

I love this! What an awesome way to make “time free” HSTs. Thanks!

Thanks Delaine! I think I’m a little addicted to HSTs LOL.

How to import and modify an embroidery...

Help is always close at hand with...