Yesterday we used the awesome guideline marker (laser pointer) feature on the Dreamweaver XE to make no-waste snowball blocks from 5″ charm squares. Today I’m sharing how to correctly change the presser foot on this machine so that tomorrow we can piece our nine patch blocks. 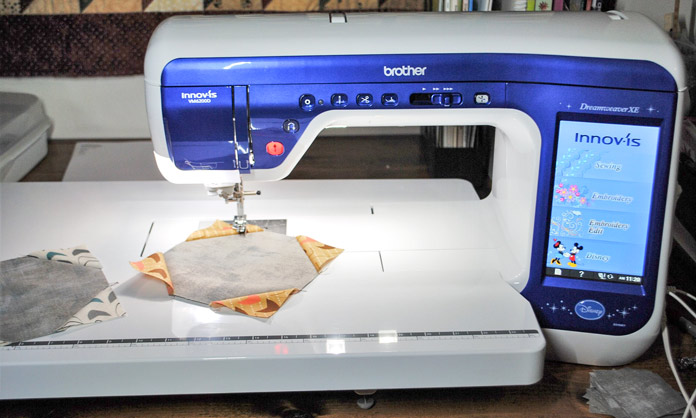 The first thing to do is to press the “needle position” button to raise the needle. 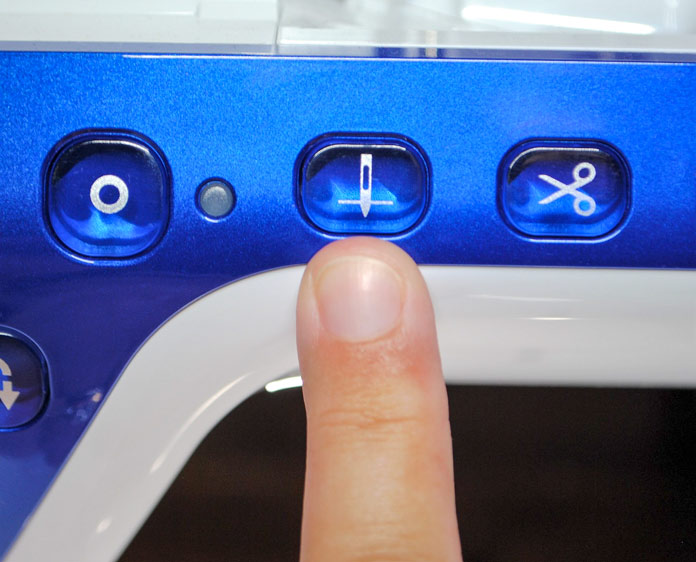 Press the presser foot/needle exchange key. This key locks all other keys and buttons on the machine and prevents injury to you or the machine if a button is pressed by mistake. 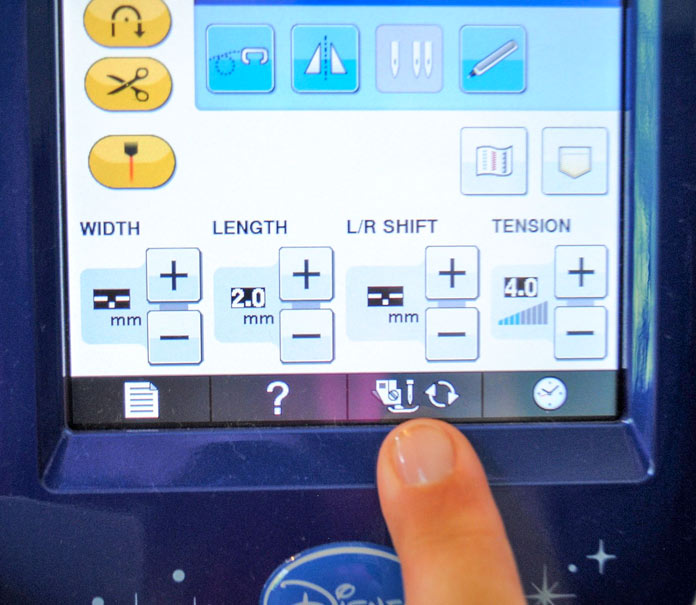 If the message “OK to automatically lower the presser foot?” appears on the screen of the Dreamweaver XE, press OK to continue. 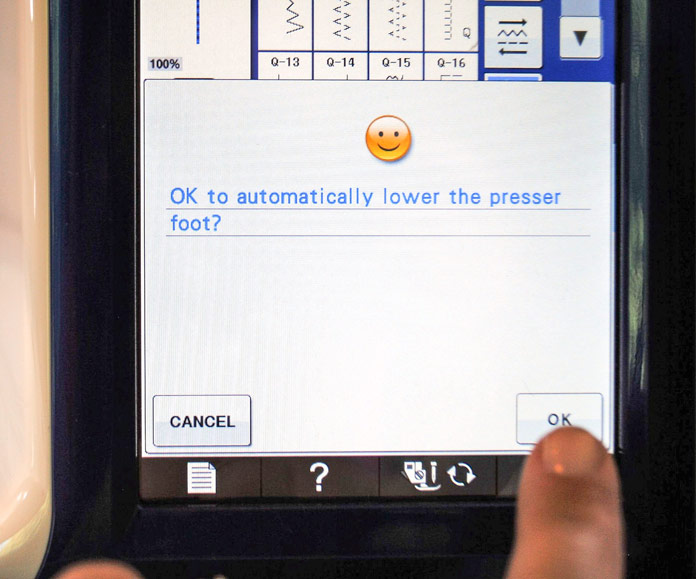 The entire LCD screen on the Dreamweaver XE becomes white and all of the keys and operation buttons are locked. 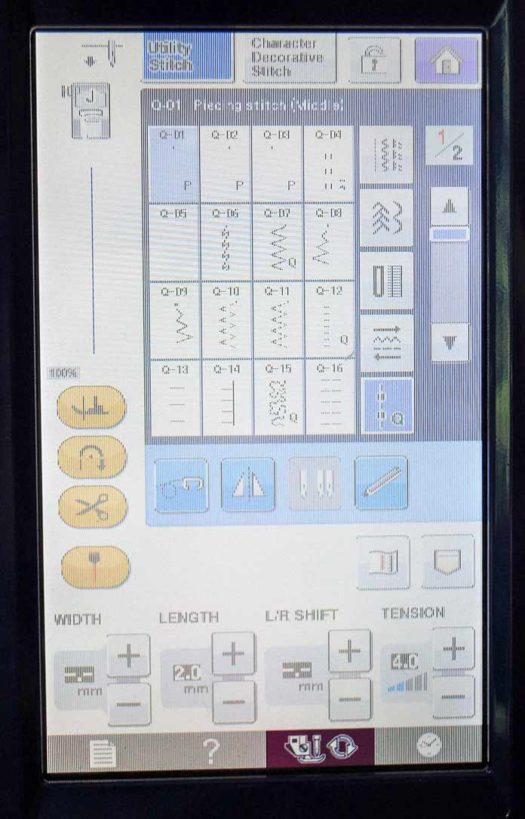 All keys are locked.

Raise the presser foot lever on the back of the Dreamweaver XE. 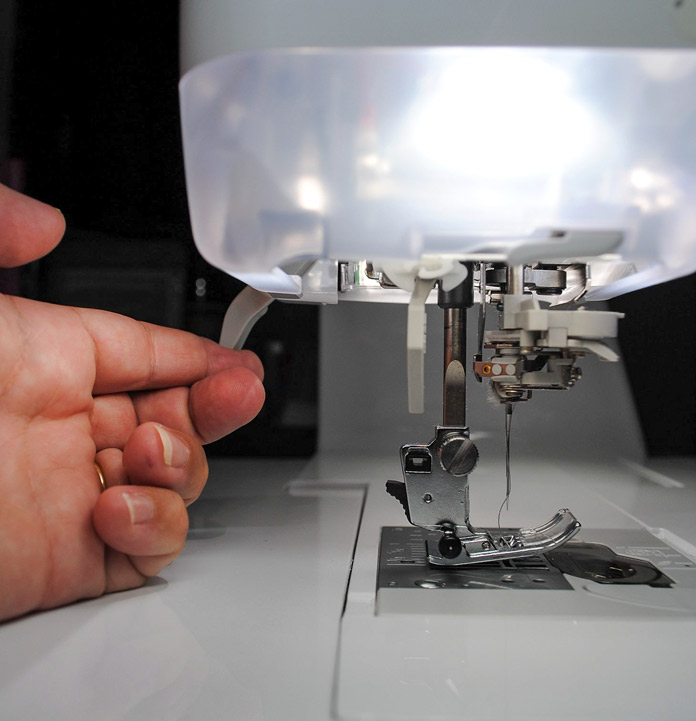 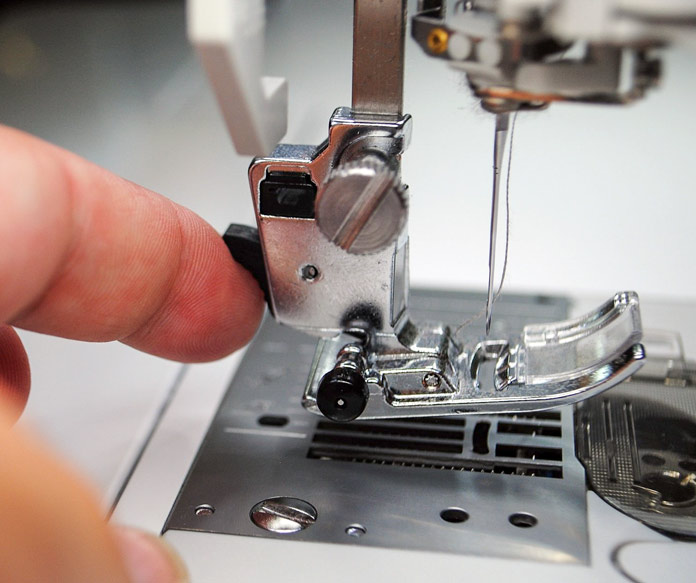 Select your ¼” foot with guide and place it under the holder, aligning the foot pin with the notch in the holder. 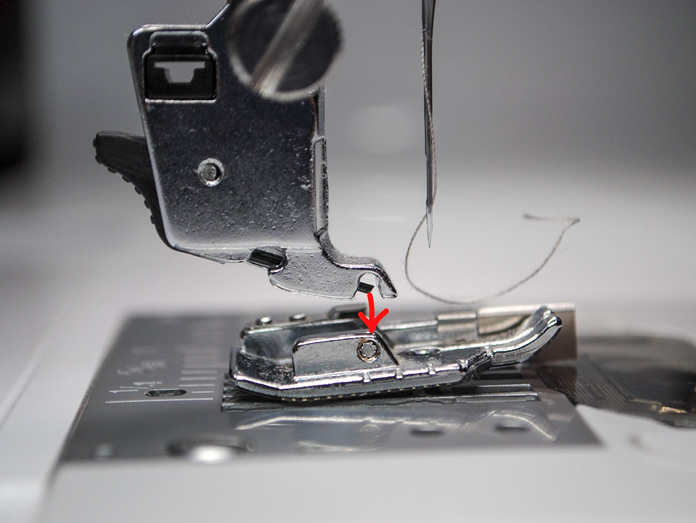 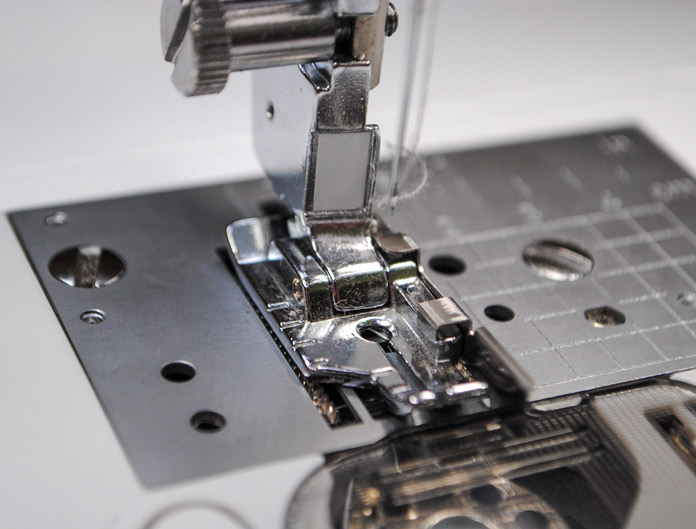 The ¼” foot with guide

Press the presser foot/needle exchange key again to unlock all of the keys and buttons on the Dreamweaver XE. 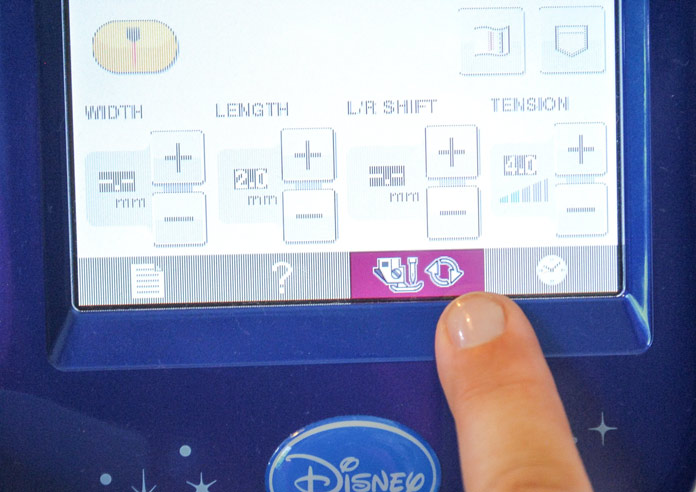 Now we can raise the presser foot lever and get ready to start sewing! Tomorrow I’m using the ¼” foot with guide on the Dreamweaver XE to accurately piece our nine patch blocks. See you then!

Getting HSTs out of a snowball block in one simple step

I don’t have the lock on my machine. I am always aware of where my fingers are when changing the presser foot though!

I have a DreamCreator vm5100 by Brother. Mine does not have the presser foot/needle exchange button but it sure looks handy.

Hi Allison, My Brother NQ900 doesn’t have it either, but it definitely is a useful feature.

Curved piecing made easy with the Dreamweaver...