Yesterday on QUILTsocial I showed you the steps to correctly change the presser foot on the Dreamweaver XE from Brother. Now that the ¼” foot with guide is attached, I’m ready to start piecing the nine patch blocks. 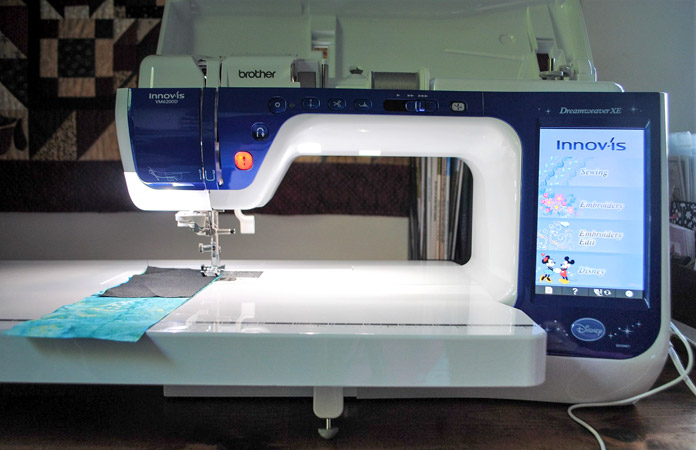 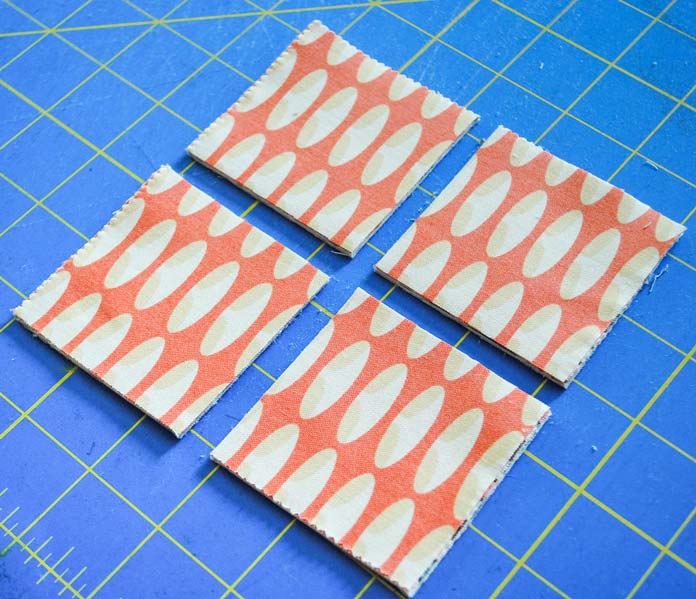 I cut my background squares from some leftover fabric from another project, but if you want to use yardage for your nine-patch blocks, just cut a 2½” strip across the width of fabric and then subcut into 2½” squares. 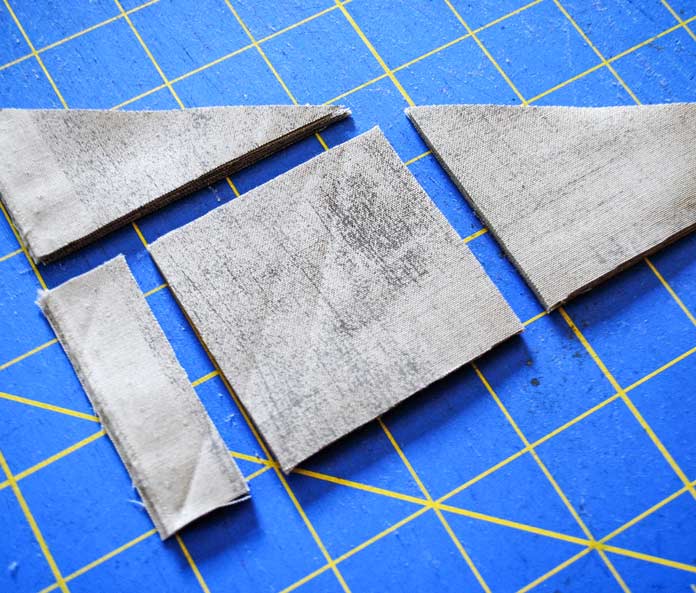 Sew one patterned square cut from the 5″ charm square to one 2½” background square using the ¼” foot with guide on the Dreamweaver XE. The guide on the side of the foot is great for accurate piecing! Just make sure you always have the edge of the seam butting right up to the guide and you’ll always have a perfect ¼” seam! 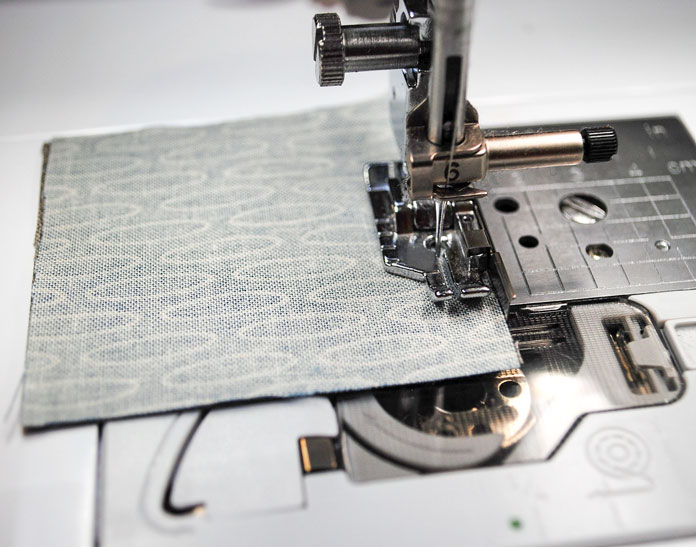 Sew one patterned square to one background square.

When piecing blocks, I always chain piece! Chain piecing just means that instead of cutting your thread between each sewn section, you just keep sewing onto the next section, leaving a small “chain” of thread between. Later the sections are cut apart before pressing. Chain piecing saves time and thread! 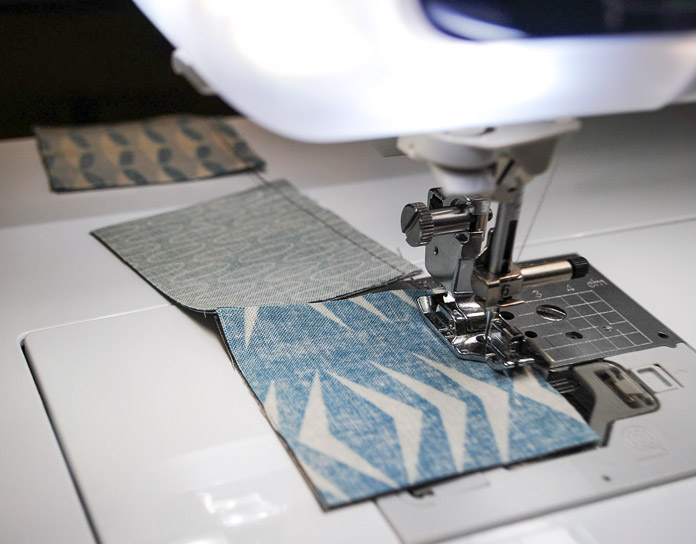 Sew only three of your patterned 2½” square to three squares of background fabric. 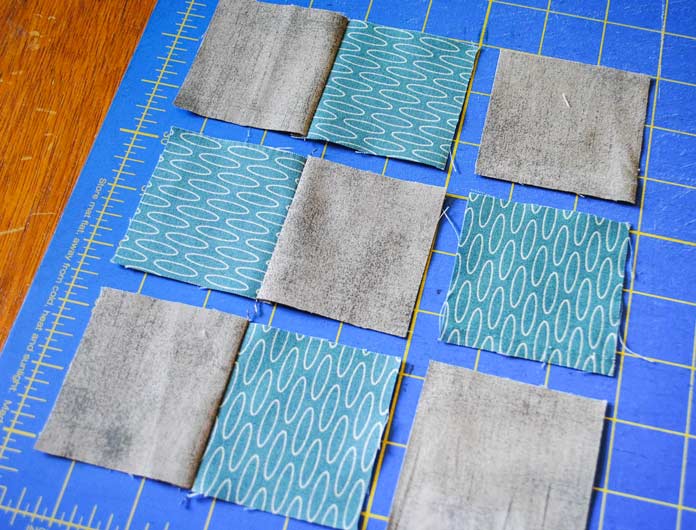 Sew the remaining patterned 2½” square to one of these units and two more background squares to the other two units as shown in the following photo.

Now we’re going to press all of the seams towards the grey background fabric. 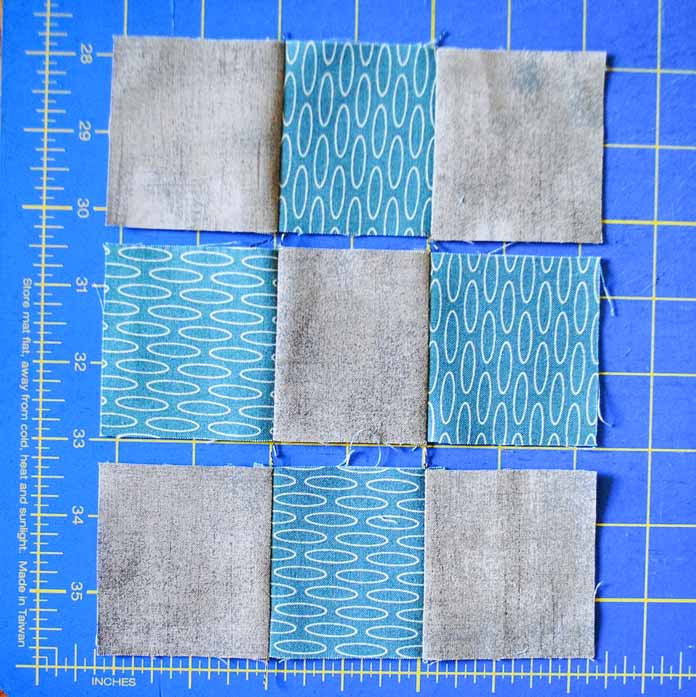 Since the seams are pressed in opposite directions, they can be butted up together to get an accurate corner. The three units are sewn together to make the block. 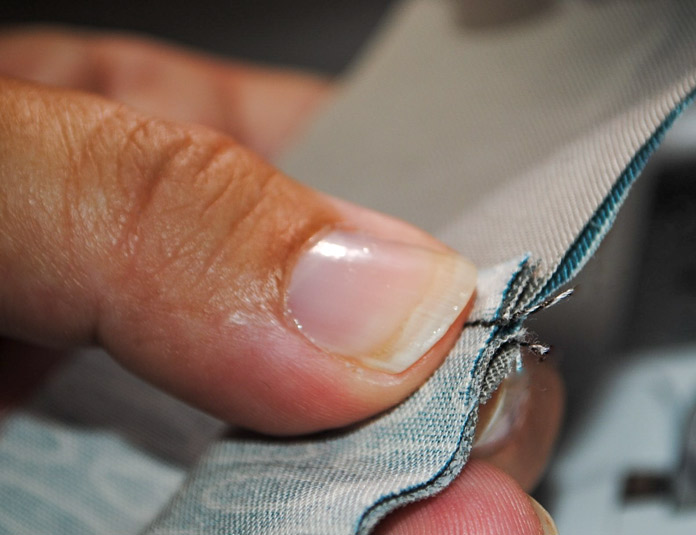 Butting up the seam

Use chain sewing to sew all of the blocks together too! 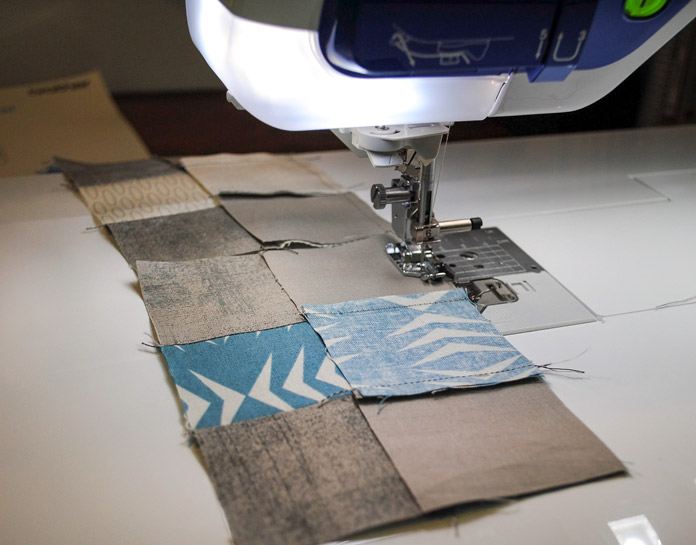 Once the sections of the block are all sewn together, the seams can be pressed to one side. Here’s one of my finished blocks shown on the huge extension table of the Dreamweaver XE from Brother. 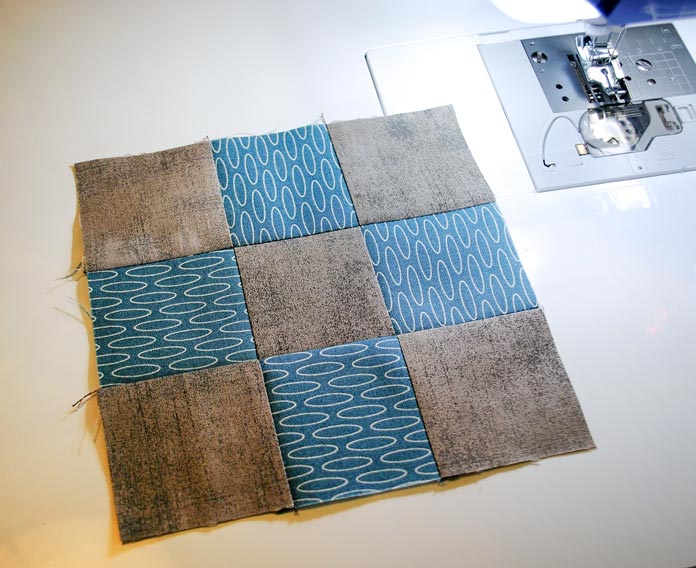 Here are the nine-patch and snowball blocks arranged in an alternating pattern on the design wall.

Since there are 42 5″ squares in a charm pack, and each 5″ square can make either one snowball block or one nine-patch block, you could keep making blocks until you have a total of 42! You could arrange them into 7 rows of 6 blocks each and you’d get a nice little quilt that measured 36″ x 42″ – perfect for a baby quilt! 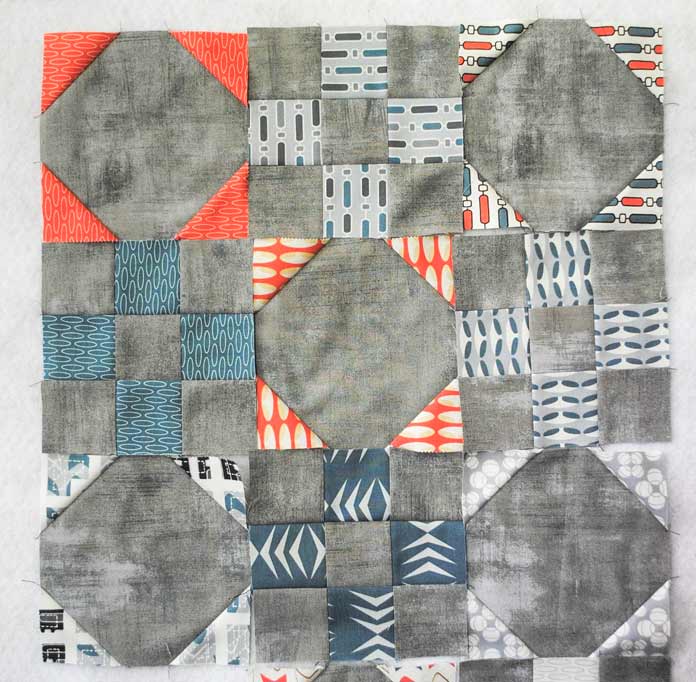 Thanks for joining me this week as I used the Dreamweaver XE from Brother to piece nine-patch and snowball blocks. So far I’ve only scraped the tip of the iceberg when it comes to all of the wonderful things this machine can do. Join me in September as I use the embroidery features and decorative stitches on the Dreamweaver XE to quilt this quilt top.

This is part 5 of 5 in this series.
Go back to part 4: 6 easy steps to correctly change the presser foot on the Dreamweaver XE

The beauty of vacationing and quilting with the PFAFF creative icon

Love the mix of blocks

Thanks Carole! We’re glad you found us too!

How to convert the Brother Dreamweaver XE...

8 features on the Dreamweaver XE that...

Taking the fear out of piecing Double...