The last week before holidays tends to be a quick dash through crafting supplies to make some last-minute gifts. In yesterday’s post, we finished quilting the cute quick curling rock coasters with the help of PFAFF’s passport 3.0. In today’s post I’m using two sets of coasters to create another personalized gift.

Decorating for the holidays includes adding special details to the fireplace mantle. I combined two sets of curling rock coasters with some ric rac to make a garland – a perfect sporty touch for the winter season. 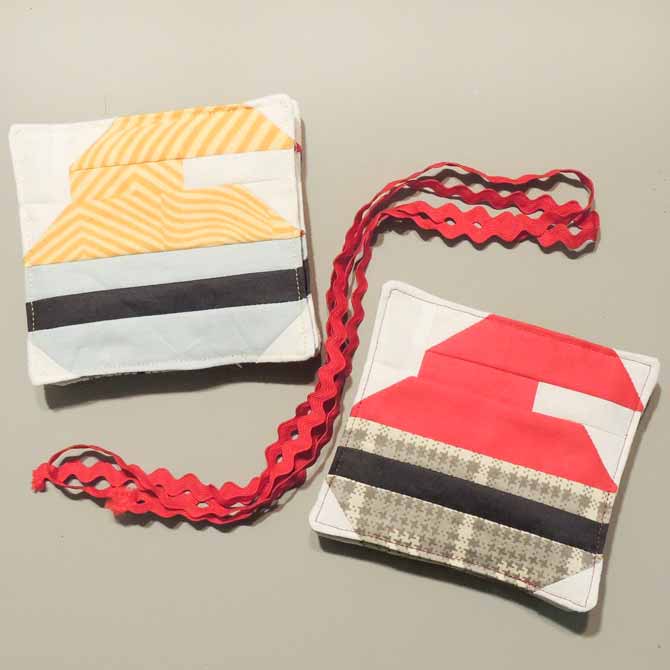 PFAFF’s passport 3.0 makes quick work of putting together a second set of curling rock coasters. I used different fabrics this time for the light gray fabric. The topstitching on the second set was done again in red and yellow with neutral thread in the bobbin.

After making the second set of curling rock coasters, the only other supply you’ll need for the garland is some ric rac or ribbon. I measured my mantle and found a piece of red ric rac the right length in my stash – it was meant to be! My garland finishes at approximately 56″. 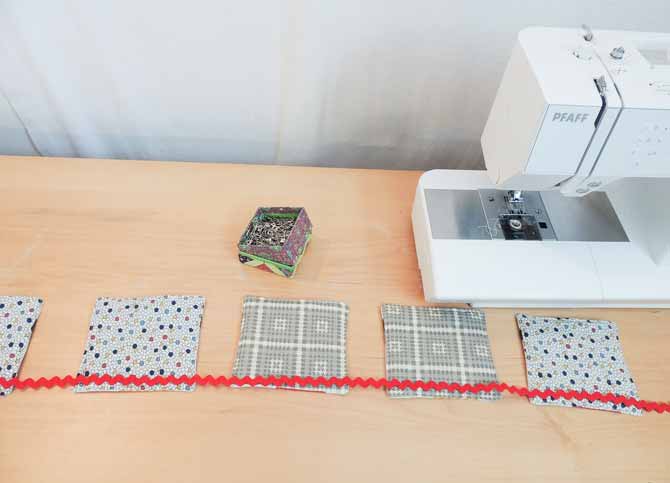 Attaching the ric rac to the coasters.

Based on the size of my ric rac and the length of my mantle, I decided to space my coasters about 3 ric rac bumps apart. If you look in the photo you can see what I mean (I hope!) At first I left more space but then all eight of the coasters didn’t fit. You’ll have to measure and decide if you need all of the coasters on your garland or if you need to space them farther apart.

I attached my coasters to the ric rac with safety pins – two each. You could sew the ric rac onto the coasters with neutral thread so it won’t show on the front of the coasters. I’m only pinning mine because one set of coasters is a gift. I just might be making another set so I can make a garland to gift too! 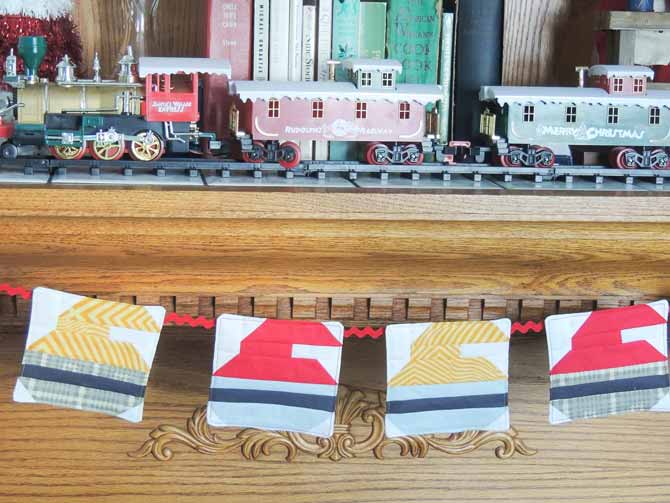 The arrangement of the coasters on the garland is also up to you! I decided to start with a yellow rock coaster from one set then red and yellow from the other set. My husband said he’d have done all the red curling rock coasters then all of the yellow ones. I really don’t think you can go wrong – have fun with it! 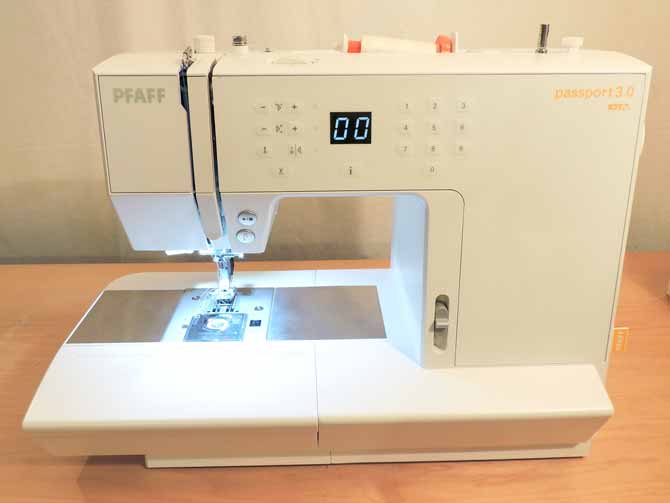 With the help of PFAFF’s passport 3.0 I was able to start and finish some last-minute gifts. I hope the features and projects I shared this week inspired you this holiday season. It’s always fun when the making of gifts is as enjoyable as the giving of them! The curling rock garland is a fun project to wrap up my holiday gift making season. Here’s to another year of joyful quilting:)

This is part 5 of 5 in this series.
Go back to part 4:  The ⅛” guide on the PFAFF passport 3.0 presser foot for precision

The ⅛” guide on the PFAFF passport 3.0 presser foot for precision

Making a quilted tabletopper for you and Santa

Create your own luck with a four leaf...

Use the Stitch and Flip method for making...

Use the Stitch and Flip method for...

PFAFF passport 3.0 is the perfect sewing...