Home » QUILTsocial » A variation of the Friendship Star quilt block

A variation of the Friendship Star quilt block

Yesterday, you saw how to make a Friendship Star quilt block.

The finished size of this block is 22½”. After it is quilted and bound, it will be a great little table topper or wall quilt. You could also add an outside border if you wanted to make it a little bigger.

What a good way to use up those leftover half-square triangles from those Flying Geese blocks! 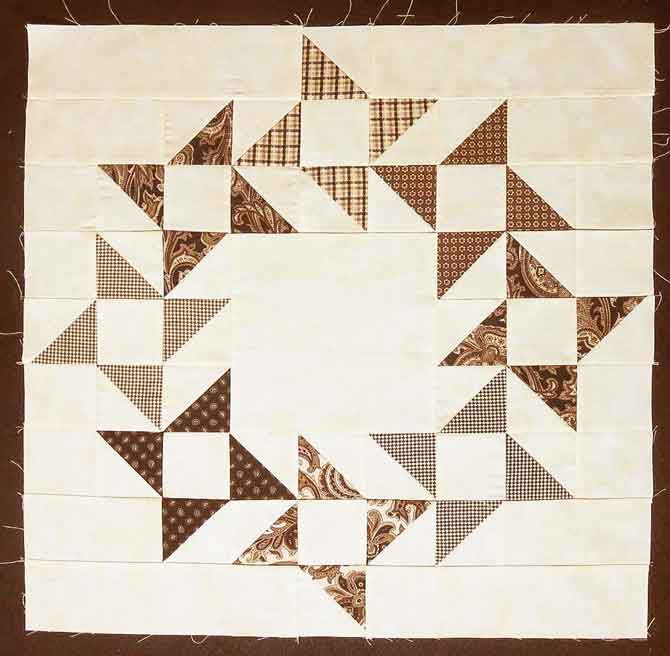 Friendship Star quilt block made up in a wreath formation. Made with leftover half-square triangles from Flying Geese blocks.

A clever variation of this quilt block is as simple as using the same fabric in the center of the block that you used for the star points. It gives a whole different look to the design. And now you have a variation of the Friendship Star Wreath quilt! 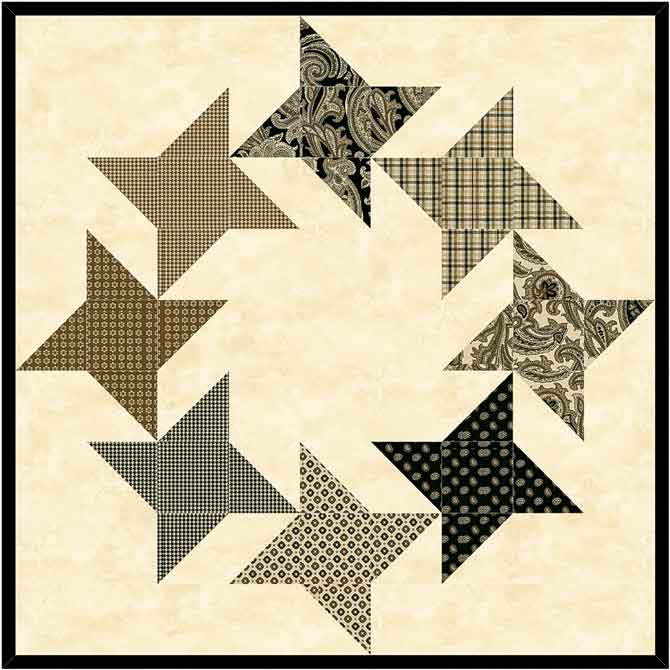 Friendship Star quilt block made up in a wreath formation. Made with leftover half-square triangles from Flying Geese blocks.

My Quilting Life: Japanese Quilt Blocks for a...

A Hexie Sampler Quilt – Friends at a...

My quilting journey takes me into Holiday projects

I love this block. The simplicity is mesmerizing. What a great baby quilt idea. Thank you.

You’re welcome! Glad you liked it.

Thank you so much for this beautiful way to use leftovers. i can just see this in so many colorways. How lovely of you to share your talents with others.

Love the wreath designs. Thanks for sharing.

I’ve put the variation of the friendship star qu ultimate block on my list to do. I would love to do it with a color wheel theme.

How to Use the Snowball Template |...