Yesterday, we explored 4 ways to use the leftover half-square triangles, and as I mentioned, there are many other combinations. This Friendship Star quilt block is my favorite, so I decided to make a large block using several overlapping Friendship Stars quilt blocks and called the quilt the Friendship Star wreath quilt. 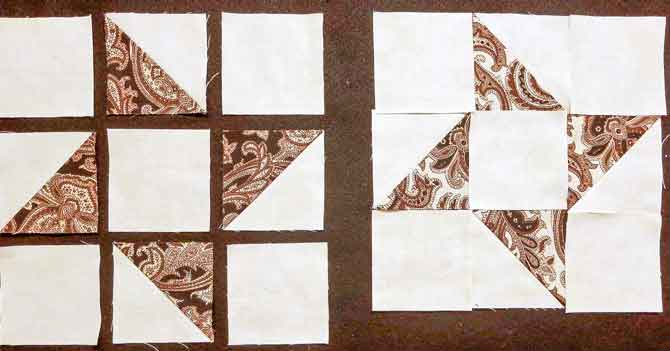 First, sew the half-square triangles, 3″ strips, 3″ squares and the 8″ square together in rows as in the picture. 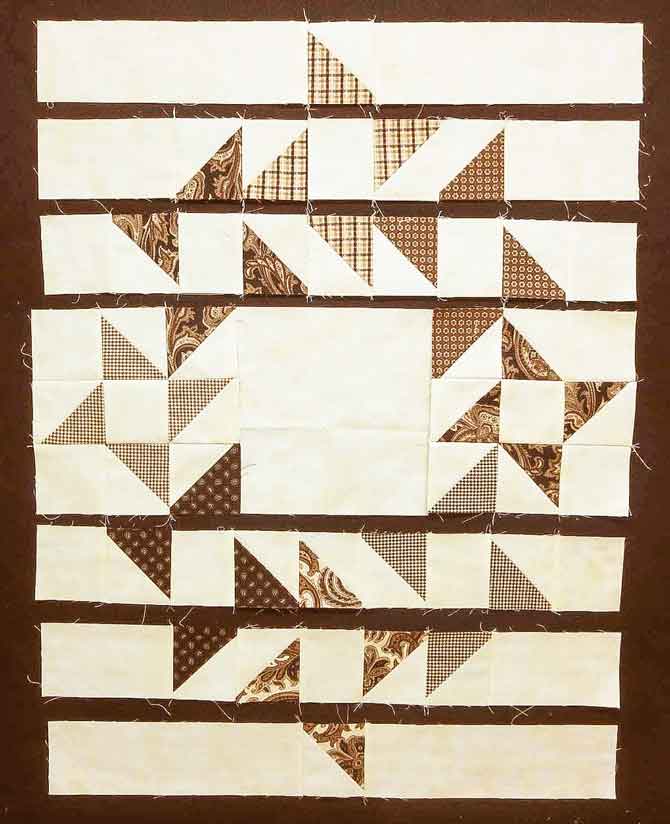 Then sew the rows together to complete Friendship Star wreath quilt. 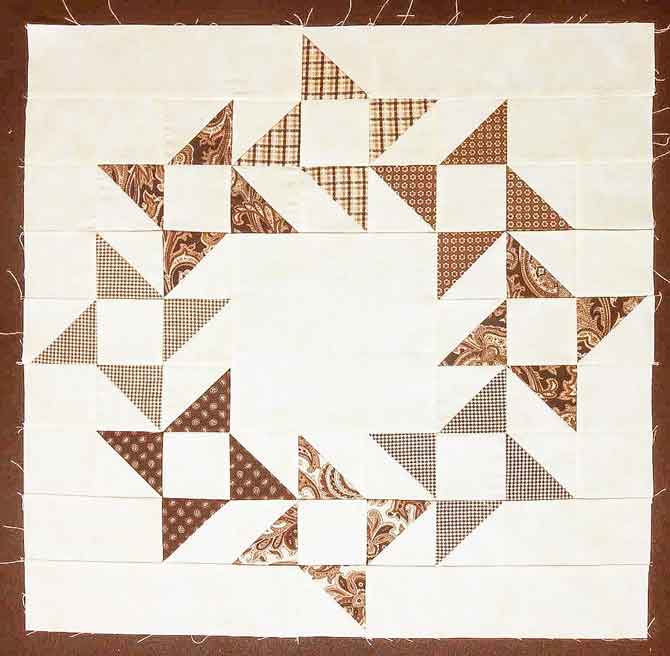 The beauty of the Friendship Star wreath quilt, is that it isn’t difficult when using the friendship star quilt block which is originally made up of half-square triangles. Join me tomorrow as we explore 2 other variations of this design.

4 ways to use leftover half-square triangles

A variation of the Friendship Star quilt block

What size is the finished block or quilt? I love the pattern! Am anxious to fabricate two pillows to coordinate with a depression era quilt hanging on our wall. Thank you!!

A wonderfully versatile block! Thank you for sharing!

I am curious as to which way did you press your seams? Did you alternate the rows? Or press to the dark?

Hi Paige. Thanks for writing. There is no right or wrong way to press the seams in this block. Just do whatever works best for you. You might even like to press the seams open. There are a lot of seams, so sometimes you just have to be creative with your pressing!

Extend the life of your patio decor...