Making a hot pack out of pinwheel blocks

Yesterday on QUILTsocial I used the Dreamweaver XE and some leftover half-square triangle units (HSTs) to make a matching potholder for our tea towel. Now I’ll use the HSTs leftover from our baby quilt to make some cute pinwheel blocks for a microwaveable hot pack. 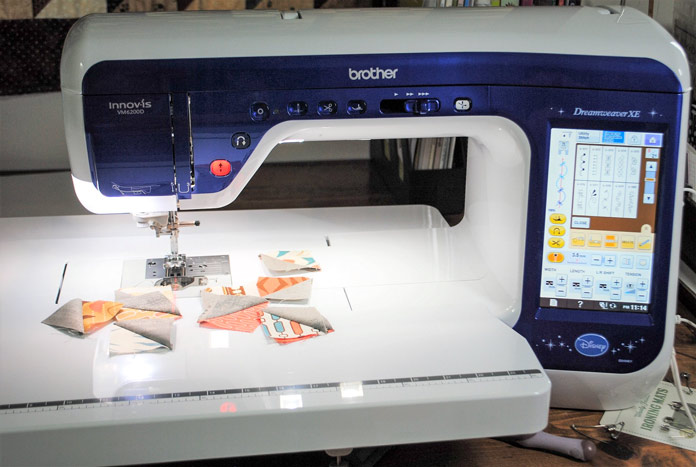 Here are all the HST units made from the leftovers of the snowball blocks in the baby quilt that we made in my post, How to make a snowball block from a 5″ charm square . As you can see, I’ve trimmed away all of those “dog ears” to make it easier to sew the units together. 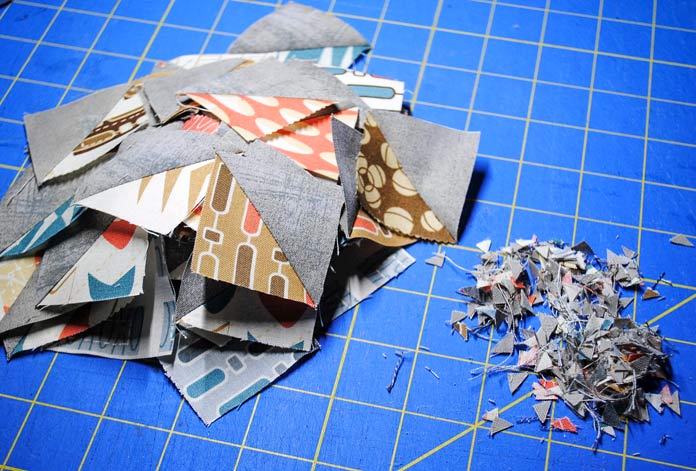 One of the simplest blocks to make with HST units is a pinwheel. You can make them scrappy (for example use HSTs that are made from different fabrics) or you can make them so that all of the HSTs are made out of the same two fabrics as I’ve shown below. 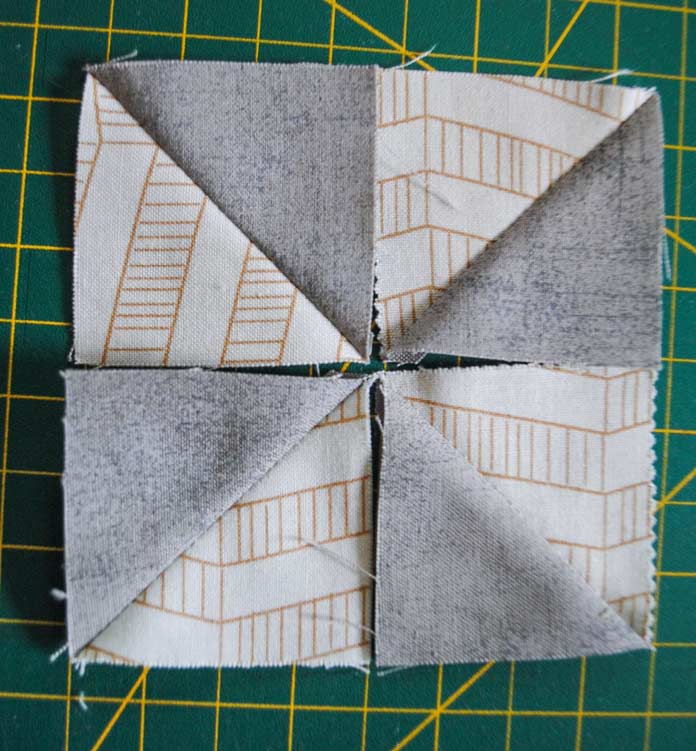 Two HST units are sewn together to make one half of the pinwheel block. The other half of the block is exactly the same, it’s just been rotated around. 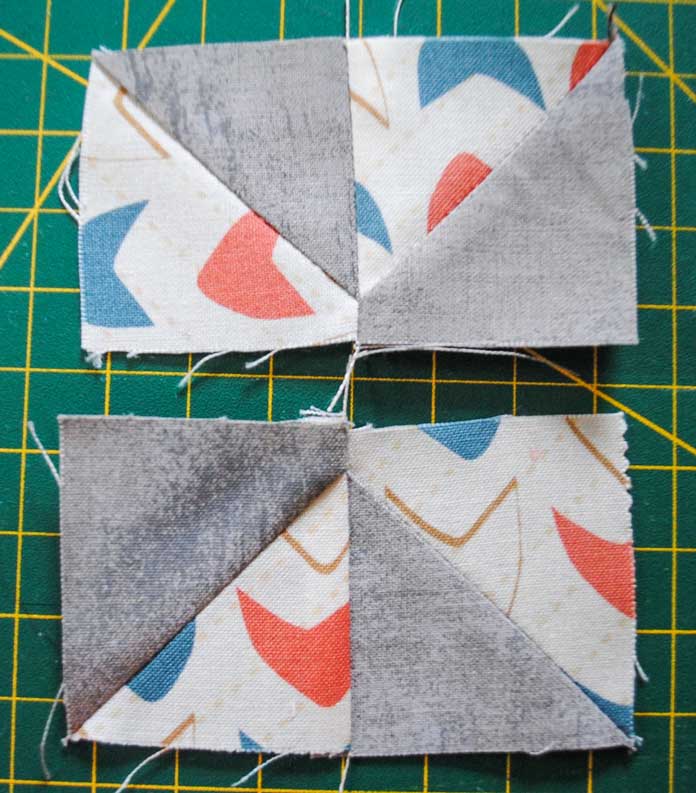 Chain piecing the units together makes the sewing faster, saves thread and makes pressing them easier too. Since I’ve sewn all of the units in the same orientation, I can press all of the seams to the same side while they are still chained together. Once I clip them apart, we can rotate the bottom half of the pinwheel block and the seams will be pointing in the opposite direction. 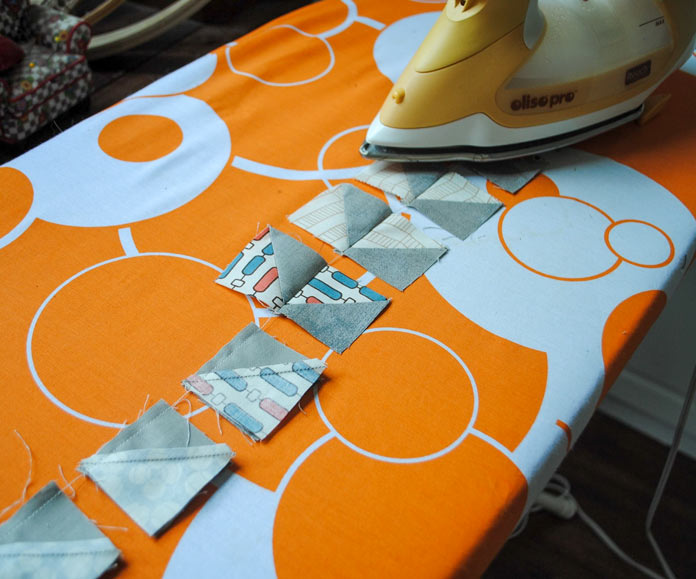 When the seams are pressed in opposite directions they but up against each other. This makes sewing the two halves of the block together easier and makes the block lay flatter. 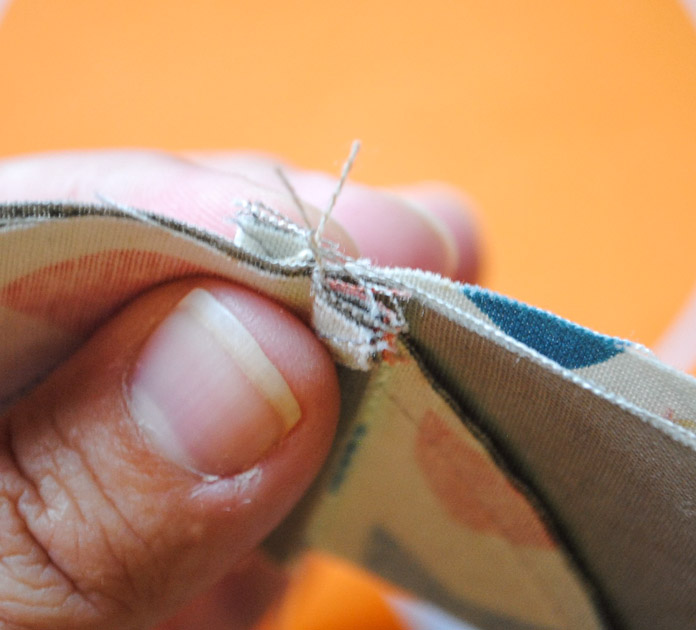 Here are four of the finished pinwheel blocks made with HST units. 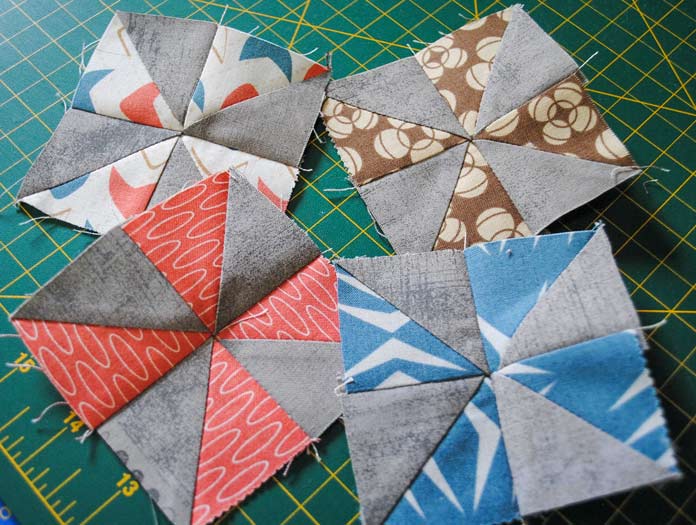 Since my pinwheel blocks only measure about 4″ across, I’ve made 12 pinwheel blocks which I’ll  arrange into two rows of six blocks each prior to sewing them together with the Dreamweaver XE. 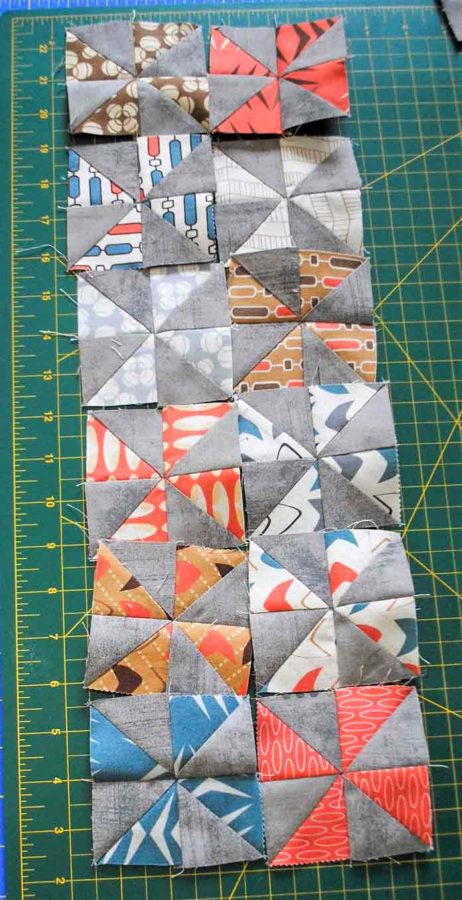 I sewed the two rows of pinwheel blocks together and then pressed the seams of the two rows in opposite directions. 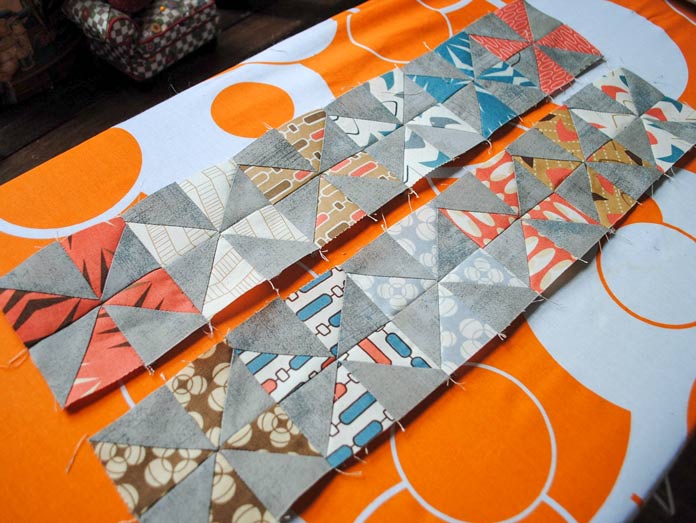 Since I’ll make these pinwheels into a microwaveable hot pack, I sewed the two rows together and then added a 2″ border on all four sides of the pinwheels. Next, I found a fun fabric to use on the back of my project and trimmed it so that it’s exactly the same size as the front. 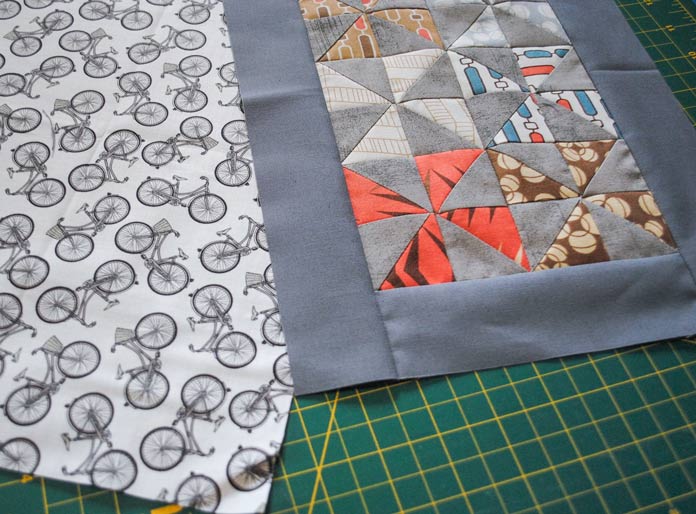 The top and backing

Now that the top and back are made, tomorrow I’ll sew these together using the Dreamweaver XE and add some rice to make this into a microwaveable hot pack! See you then.

This is part 4 of 5 in this series.
Go back to part 3: The Dreamweaver XE + HSTs = a fun and functional gift

The Dreamweaver XE + HSTs = a fun and functional gift

Curved piecing made easy with the Dreamweaver...